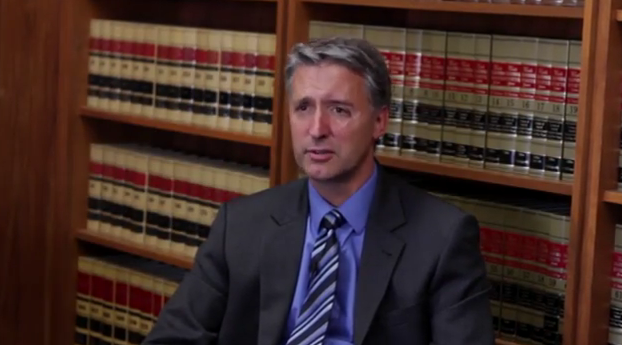 Radio host Laura Ingraham allowed Brad Dacus of the discredited Pacific Justice Institute to peddle long-debunked myths about a new California law allowing transgender students to use facilities and participate in programs that match their gender identities. Dacus' claims about the law's implementation fly in the face of how California officials are carrying the new policy out.

During the February 26 edition of The Laura Ingraham Show, Dacus continued his organization's pattern of lying in the service of undermining transgender protections. In October 2013, the organization invented a story about a transgender Colorado teen harassing her peers in the restroom. The Colorado lie came in the wake of a concerted right-wing media push to depict transgender rights as an assault on others' privacy in the restroom. On Ingraham's program, Dacus warned the law would allow students to declare a different gender from day to day if they wanted to, with boys securing access to the girls' restroom “for the thrill of it”:

INGRAHAM: Do you have to declare your belief about what you think about your gender and that's set in stone, or can you change it day to day? I mean it gets very confusing for people, I think. ... How does it go?

DACUS: Yeah, the law allows them to change every day if they want. There's no requirement on --

INGRAHAM: That you declare, “OK, I want to use the male bathroom as a woman because that's the way I feel like I'm situated and that's the way, that's what I have to do to respect who I am.” And you don't have to declare that and then that's it for the year. You have to -- you can just keep changing it.

School officials across California have debunked Dacus' claim. In interviews with Equality Matters, school district spokespersons stated that eligibility for the law would be determined on a case-by-case basis, with counselors and other professionals ensuring that a student's gender identity is consistent and persistent.

Some school districts - including Los Angeles Unified and San Francisco Unified - have had trans-affirmative policies in place for a decade and haven't experienced a single instance of inappropriate bathroom or locker room behavior.

“We don't let children [decide], 'I'm gonna be girl during P.E. and the rest of the day I'm going to be a boy,” Los Angeles Unified's Judy Chiasson told Equality Matters.

Since the state law took effect on January 1, no such problems have arisen elsewhere, either.

With opponents of the law having just failed to gather enough valid signatures to force a public referendum on the law and school districts reporting that the right's horror stories aren't coming true, it appears that the law's critics are growing increasingly desperate. Dacus implored Ingraham's listeners to provide his organization with any stories of misbehavior stemming from the law.

“If there's anyone - I stress this - anyone who has a child who's been visually traumatized, visually exploited because of this, in the locker room or the bathroom, they need to contact us immediately for representation,” Dacus said.

Ingraham's willingness to grant this serial fabricator a platform isn't the first time she's been responsible for transphobic misinformation. In May 2013, she dispensed dangerous advice for parents of transgender youth, claiming against expert consensus that children are too young to know their gender identities, urging parents to make their children conform to gender norms, and deriding “this new gender-bending phenomenon.”