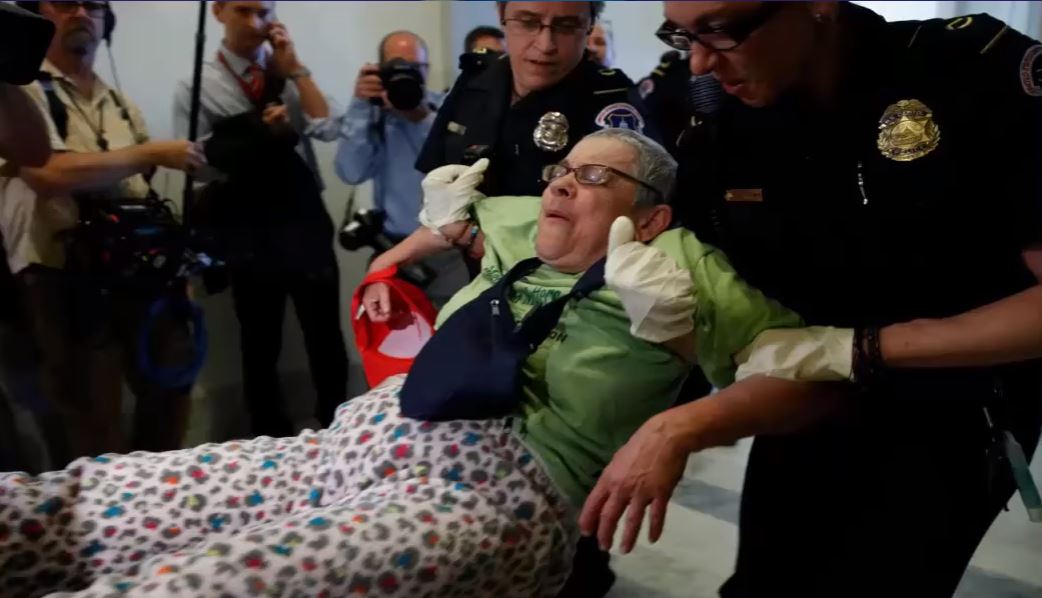 Late last night, the GOP effort to repeal the Affordable Care Act was defeated in a Senate vote, with two members of the Republican Party voting against the measure in full force, and a third Republican senator voting no because it’s part of his brand, I guess.

Republican Sens. Susan Collins (ME) and Lisa Murkowski (AK) came out strongly against the repeal efforts early on, opposing previous bills aimed at repealing the ACA and voting against the procedural motion to begin debate on the repeal proposals.

Let’s be clear: Opposing an absolutely devastating disaster of a bill that would lead to higher uninsured rates and, likely, the deaths of some of your constituents is the bare minimum any competent lawmaker can do. As The New Republic’s Sarah Jones wrote, “Obamacare’s real saviors have been dragged out of wheelchairs, arrested, and assaulted for weeks. They are, as you would expect, the people who stand to lose the most if Obamacare is repealed. They are people with disabilities: activists associated with [the disability rights group] ADAPT, and the unaffiliated individuals and carers who came forward to share their experiences and to demand better from the GOP.”

Collins and Murkowski aren’t exactly heroes, either. But at least these two senators committed to opposing dangerous repeal measures from the start, in the face of thuggish tactics from the men they work with. Collins and Murkowski faced escalating, sometimes physically oriented, threats from male colleagues in Congress and the Trump administration because of their opposition to the bill. Murkowski was reportedly threatened by Interior Secretary Ryan Zinke in a personal phone call. President Donald Trump tweeted that Murkowski had “let the Republicans, and our country, down” after she voted against the motion to begin debate on the repeal earlier in the week. Rep. Buddy Carter (R-GA) said somebody ought to “go over there to that Senate and snatch a knot in their ass,” in defense of Trump’s tweet singling out Murkowski. Rep. Blake Farenthold (R-TX) ominously threatened to “duel” the two lawmakers (if only they were men).

And then there is Sen. John McCain (R-AZ), the media’s favorite political figure despite his signature tendency to say one cool, “maverick” thing to reporters and then immediately do the other -- often falling into line behind his party, though occasionally going rogue to further secure his media darling standing. McCain also did the absolute bare minimum and voted against the bill in the end, after months of hedging on his stances about a repeal effort. He would have been applauded by the media either way.

Guess which senator a bunch of reporters chose to cast as the hero? The average news consumer, scrolling through headlines on social media or on email, would draw one clear and utterly false conclusion about who really did the most to defeat the repeal measures: an indecisive, press-conscious dud of a senator instead of his much stronger female colleagues, or the grass-roots activists who far, far, far surpass them all. 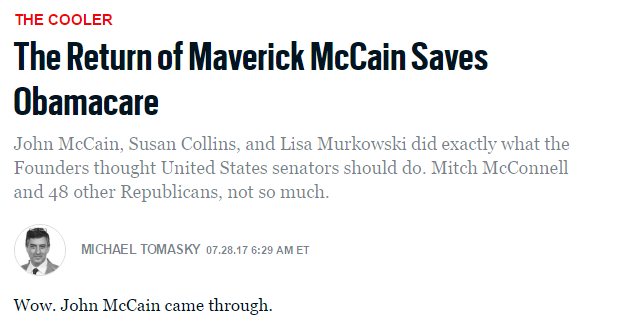