James O’Keefe’s latest sad attempt to own liberals included hiring a woman to pose as a sexual assault survivor in order to defend a reported child molester -- and that says a lot about the political media world that allows him to thrive.

Weeks after the The Washington Post first broke the story that several women reported that Alabama Senate candidate Roy Moore had sexually harassed or assaulted them when they were teenagers, the paper published several new stories on the matter -- this time detailing an apparent “undercover sting operation” aimed at its reporters.

On November 27, the Post reported in uncomfortable detail on its encounters with a woman who communicated and met with reporters Stephanie McCrummen and Beth Reinhard, two co-authors of the Post’s original Moore misconduct story. The woman told them a series of false stories about being sexually assaulted by Moore when she was 15 and later terminating a pregnancy that resulted from the serial assault. Unable to substantiate any of the woman’s claims, The Washington Post researched the woman and found details about her identity that contradicted parts of her stories, including a GoFundMe page she had set up in May to support a move to New York City to “work in the conservative media movement to combat the lies and deceipt (sic) of the liberal MSM.”

The woman was almost definitely an operative of James O’Keefe’s Project Veritas, a dangerously idiotic right-wing “undercover sting” group. Presumably, the group’s aim was to convince the Post to publish false sexual assault accusations to undermine the paper’s highly credible reporting on Moore. This attempt to defend a reported child molester and discredit the “liberal MSM” failed miserably, instead showing exactly how detailed and rigorous the Post’s fact-checking process is.

Though O’Keefe and Project Veritas have been around since long before the 2016 election, the right-wing operative now plays a key role in the Trump-era political media landscape: daddy’s bumbling large adult son, out to own the liberals by dressing up very loosely (and insultingly) as a citizen reporter exposing fake news -- though he's wholly unconcerned with the truth and sometimes stumbles into causing very real harm.

This is evidenced in O’Keefe’s most recent, bumbling plan, which was both embarrassing and highly grotesque. O’Keefe led an operative to pose as a survivor of sexual and bodily trauma, presumably in order to trick a newspaper into printing lies that he could then “expose,” ultimately to cast doubt on the numerous, heavily sourced reports of Moore’s serious sexual misconduct with minors. The plan, if successful, would also have sent a message to O’Keefe’s followers that perhaps, more broadly speaking, they shouldn’t trust stories of sexual abuse investigated, vetted, and reported publicly in legitimate media outlets.

Here’s the basic premise of a James O’Keefe sting (as illustrated by the botched attempt at the Post): O’Keefe decides a particular (often progressive, sometimes neutral, but in his eyes, always dirtily liberal) group will become his next target. Sometimes, the targeting can be as broad as anyone or anything he thinks fits the Trumpian buzzword of the day (like “fake news.”) Sometimes it’s because O’Keefe regularly leaps to an illogical and embarrassing place where he thinks he’s some sort of moral compass. (In his 2013 book, Breakthrough, he described his work thusly: “We plant moral trees in an amoral universe and turn the cameras on.”)

He then hatches an incredibly bad plan to expose said group. He doesn’t seem to care if it works; he doesn’t even really get hung up on details (like his undercover operative’s plans in this case when she was asked basic follow-up questions by a reporter). Members of his group just show up at people’s doors, or find one person who is eager to talk and has terrible judgment, and film whatever they hear or see.

O’Keefe or his operatives ask leading questions designed to elicit responses he can repurpose or edit or decontextualize in order to make the person -- and the organization they represent --  look bad. (Here is his response to the epically failed sting exposed by the Post -- a video in which a Post reporter correctly explains the difference between news and editorial sides of the publication, made by O’Keefe to appear sinister.)

He often plays up his targets’ role or influence within whatever group is being targeted. He edits it into a video, usually 3-4 times longer than the actual so-called damning footage, and replays the “bombshell” 30 seconds of out-of-context video over and over. He characterizes this footage as completely unequivocal, wholesale evidence of a vast system of conspiracy or corruption.

His pals at right-wing blogs like Gateway Pundit and Breitbart.com -- the sources and storytellers who feed news narratives up the chain to Fox and down the chain into message boards -- publish whatever O’Keefe’s spin on the video might be (from Breitbart: “James O’Keefe and Washington Post Bust Each Other”). Then the Drudge Report aggregates the stories, blasting them out to many more readers. This is, in fact, how O’Keefe rose to fame in the first place: by posting deceptive videos targeting the community organizing group ACORN that spread like wildfire through the right-wing blogosphere -- BigGovernment.com, the precursor to Breitbart.com, was launched with the videos’ posting -- and eventually reached mainstream media before the deceptions were revealed. But lasting damage was still done.

O’Keefe tweets directly at the people he’s filmed, alerting his dutiful followers to his targets’ personal Twitter handles or other details. Sometimes he goes to their homes or finds them on their way to work, ambushing them for commentary on his video and posting whatever nonresponse he receives. (In this case, he posted a still-heavily-edited video showing an incredibly awkward encounter with Post reporter Aaron Davis outside the Veritas office.)

After pulling all these stunts, O’Keefe  waits to see what lands, but claims victory regardless. If his videos get no mainstream media attention, that’s because the mainstream media is out to get him. If they do, he is a success.

Either way, daddy’s boy has done it again.

The silliest moments that ensue from this large adult son’s malicious adventures are sometimes quite embarrassing for him, and also laugh-out-loud funny for the people he has tried to hurt. And in that spirit, here are some of O’Keefe’s greatest self-owns (for a longer list, see our previous work):

People, myself included, laugh because they resent how O’Keefe’s video art projects attempt to undermine the credibility of legitimate institutions, often by preying on the tendencies of people who swallow his schtick without question and rely, for their news, solely on the shitty right-wing blog apparatus O’Keefe needs to thrive. His mishaps are funny because he’s a bumbling large adult son with a wildly inflated ego, and it’s always fun to see someone’s ego deflated to more closely reflect reality.

O’Keefe’s failures are also bittersweet because he foils himself in what are often legitimately malicious plots: Prove that long-held conservative myths (rampant voter fraud, vague George Soros conspiracies) are real and dangerous. Prove that an organization meant to help poor people is (not) protecting sex traffickers, and thus get the organization shut down. Scare college students. Intimidate people just trying to do their jobs, showing up at their homes. In his own words, collect scalps.

O’Keefe is loud, and very often wrong, and never at all repentant. He’s dangerous but not in the way he means to be.

Beyond the costumes and hijinks and admittedly hilarious goofs O’Keefe regularly perpetrates on himself lies the most dangerous nugget of truth: He doesn’t need to find a bombshell every time. People will believe him anyway.

That’s what Trump is counting on, and probably why his foundation has donated to Project Veritas and why he has embraced O’Keefe, sometimes in partnership with his actual large adult son. It’s also why O’Keefe’s foundation brings in so much cash from anonymous right-wing donors -- they’re likely too embarrassed to be publicly associated with his antics, but still rely on O’Keefe to play his part in the far-right media bubble by providing just enough of a cut-and-paste soundbite to continue manipulating the base and operating in remarkable bad faith 24/7. 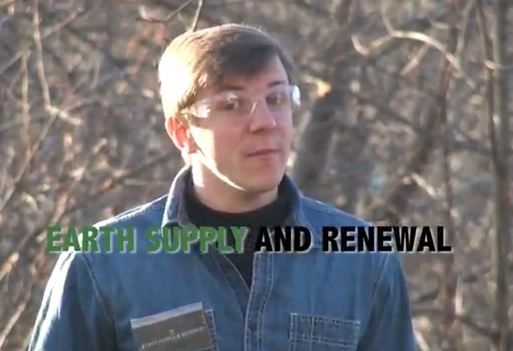 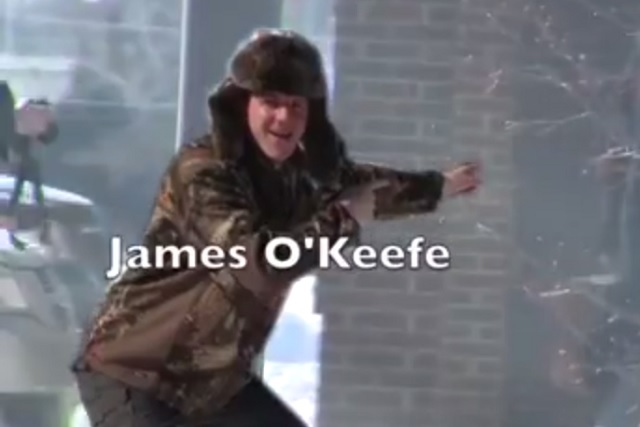 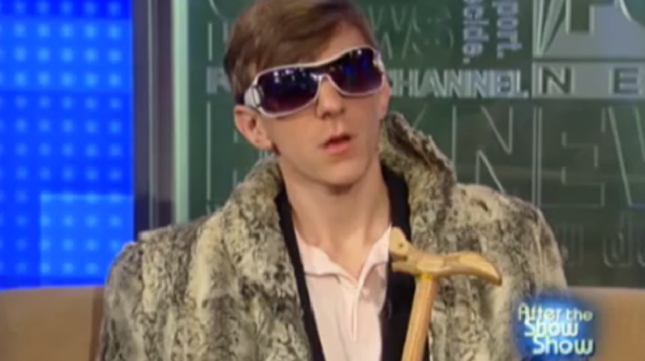