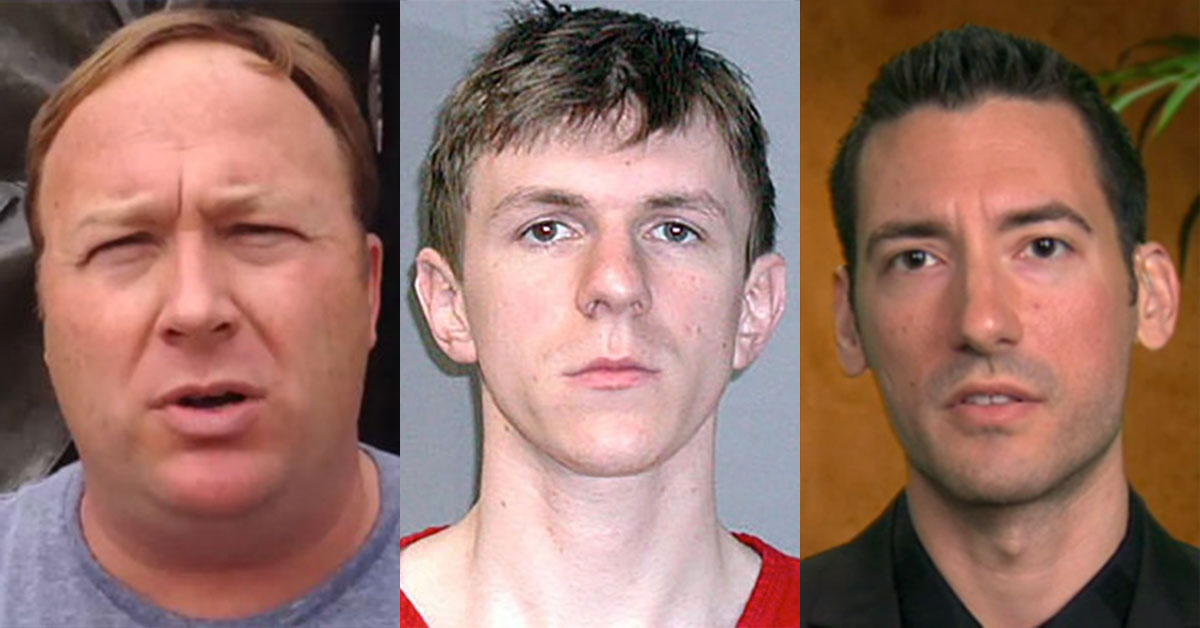 Unaccountable so-called “citizen journalism” is on the rise, with vigilantes peddling private citizens’ personal information and engaging in illegal recording and harassment in an effort to practice what they call undercover reporting. And these tactics are actively endorsed by President-elect Donald Trump.

Trump’s campaign rhetoric and behavior, and his allies in the media, fueled virulent conservative distrust of established media outlets -- regardless of their individual successes and failures -- leaving a patchwork of fragmented, and often disreputable, news sources to fill that void.

Anonymous internet vigilantes and so-called “citizen journalists” like discredited video artist James O’Keefe are capitalizing on this moment of distrust to push their dangerous “reporting” tactics. O'Keefe is getting help from his supporters, such as Trump allies and media conspiracy theorists Alex Jones and Roger Stone, and the anonymous internet users O’Keefe and others have tried to incite as “agents of truth.” And these self-styled journalists have been directly validated -- and even funded -- by our next president.

Trump specifically cited distortions from O’Keefe’s latest round of heavily edited videos on the campaign trail, and his charitable foundation gave at least $20,000 to O’Keefe’s nonprofit, Project Veritas, in 2015. Trump also personally validated and encouraged “new media” to combat “the total dishonesty of the press” on Reddit. In July, Trump hosted an AMA (“Ask Me Anything”) forum in July in the popular “r/The_Donald” pro-Trump subreddit, a community that combs through hacked personal emails, pushes hateful memes, and promotes conspiracy theories under the guise of “journalism.” Shortly before the election, Trump posted a brief missive to the subreddit declaring that “MAINSTREAM MEDIA is rigged!” and encouraging followers to “stop the RIGGED mainstream media” by watching a presidential debate on his website instead of on any news channel.

Throughout the election season, Trump and his allies tweeted unvetted nuggets of misinformation from anonymous social media users, sometimes originating from the Trump subreddit. In the final weeks before Election Day, the Trump campaign seized on context-less soundbites from discredited video artist O’Keefe to push conspiracy theories at rallies and on air, stoking fear and further distrust of the government among his supporters.

GOP presidential candidates like Carly Fiorina and Texas Sen. Ted Cruz (R) also elevated the work of another wannabe journalist: Media Matters’ 2015 misinformer of the year, David Daleiden, who created a series of  deceptively edited “investigative journalism” videos smearing Planned Parenthood. In a September CNN debate, Fiorina infamously delivered an impassioned -- and completely factually inaccurate -- speech describing a “video” in which she claimed to have seen a “fully formed fetus on the table, its heart beating, its legs kicking while someone says we have to keep it alive to harvest its brain.” No such video exists, but media praised Fiorina for her “fiery” remarks.

The danger lies in the stakes: Partisan activists who pose as “citizen journalists” have no stake in getting it right. They are not beholden to editors or to upholding any publication’s reputation for accuracy. With minimal name recognition and a clearly political agenda, though, these operatives do have an incentive to get media and public attention by any means.

These operators willfully misrepresent their findings with deceptive editing and refuse to release full footage. They follow trails of misinformation -- without the benefit of a fact-checker to guide the way -- to private citizens’ doorsteps and church vans transporting people to the polls. They produce extreme headlines that don’t reflect reality but do confirm polarized beliefs -- enough for lawmakers and presidential candidates to cite them, at least. They delight in collecting “scalps” -- people who have lost their jobs because of deceptively edited undercover footage -- even as the truth later vindicates many of these individuals.

They also call to action anonymous internet users who have even less to lose and the time to pore through obscure data or tail random members of the public, looking to find and publicize the personal information of individuals they perceive as unethical. In December, this danger culminated in a man shooting a rifle at a D.C. pizzeria as he attempted to “self-investigate” a conspiracy-laden fake news story propped up by anonymous, self-styled citizen journalists who accused the restaurant of operating a child sex-trafficking ring. The early stages of this collective internet investigation, too, were encouraged by conspiracy-loving Trump allies like 9/11 truther Alex Jones, and Michael Flynn Jr., a former Trump transition team member whose father is Trump's pick for national security adviser.

This work is irresponsible, dangerous, and sometimes illegal; it is not journalism.

Responsible, independent journalism is a hallmark of the American free press, and it’s a critical tool for holding leaders accountable for the decisions they make. It makes sense that some of the bright spots of 2016 stemmed from quality investigative reporting, but it also makes sense that a twisted view of the journalism field has elevated the worst in people this year.

In the wake of Trump’s victory, right-wing activists styling themselves as “citizen journalists” are growing bolder. Since Election Day, they’ve been fearmongering and fundraising among their new supporters, congratulating each other on their journalistic chops, and touting “serious journalism being done onFacebook (sic) and YouTube.”

Additionally, O’Keefe uploaded a video to YouTube the day after the election titled “Main Stream (sic) Media Is Now Powerless,” in which he described receiving “thousands of tips about fraud” and encountering “hundreds of people who seek to become undercover journalists.” O’Keefe also thanked “truth-seekers and Internet sleuths” who “crowd-sourced the investigative journalism” on Reddit and promised viewers they would hear more from him soon.

When we do, let’s be prepared.