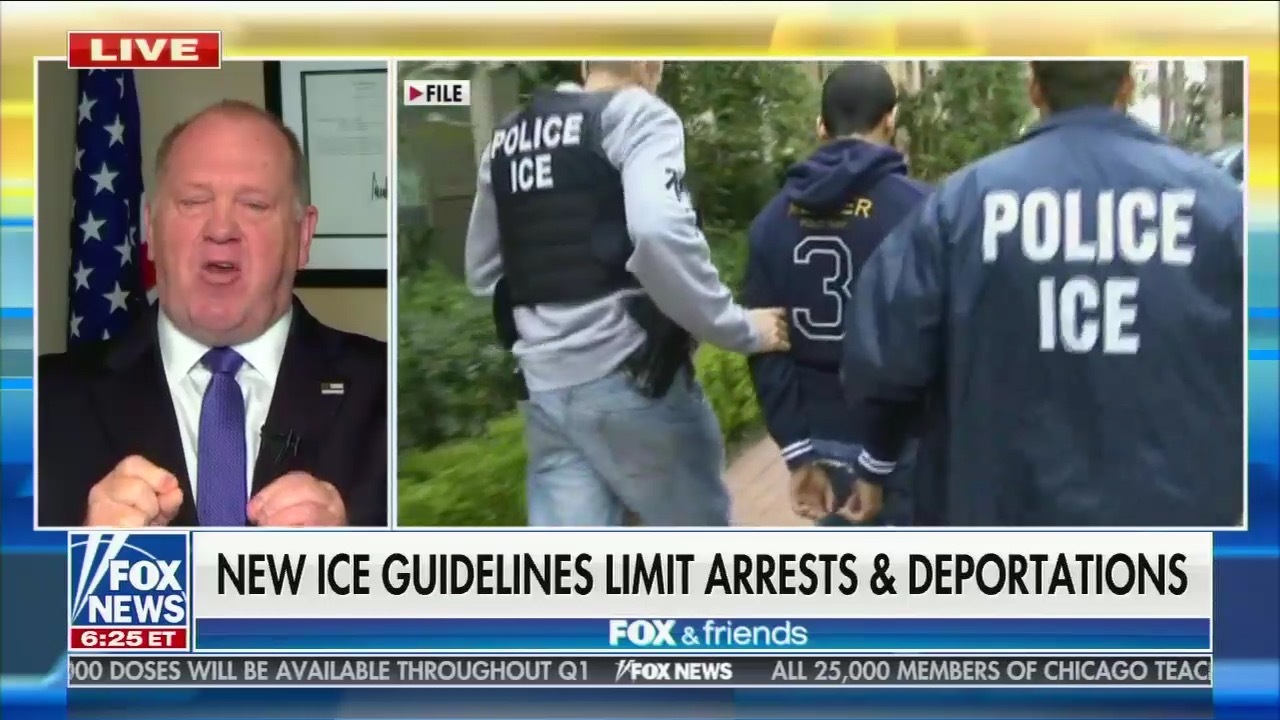 Since Immigration and Customs Enforcement memos leaked detailing the Biden administration’s planned changes to deportation prioritization, Fox News has resorted to its old practice of raising alarms about immigrants supposedly committing dangerous crimes that are based on nativist stereotypes and myths.

The reality of President Joe Biden’s leaked policies on immigrant deportations is not compatible with the hysteria of Fox News’ coverage. The memos regarding deportations under Biden, reported on February 7 by The Washington Post, show that the administration will continue to target those who present serious threats to national and public safety. Contrary to what Fox wants it viewers to believe, the Biden administration has made it clear it will still be deporting undocumented immigrants with a history of criminal behavior while also letting ICE agents make cases for whom they think should be deported.

As The Washington Post reported, “ICE officials say anyone unlawfully in the United States will still be subject to arrest, including people who committed crimes and were released before the memo was issued. Crimes such as sex offenses remain a top priority, they said.”

Nevertheless, over the past few weeks, both daytime and prime-time Fox News personalities have been attempting to rile up their audience by telling them the changes will allow violent criminals, gang members, and sex traffickers to stay in the U.S. without repercussions. In doing so, they’re perpetuating right-wing myths that non-citizens are more likely than citizens to commit criminal activity, although there is a total lack of merit behind these outlandish claims.

Despite the inflammatory rhetoric of Fox News, there is nothing particularly radical about Biden’s leaked immigration priorities. Although the administration is turning away from former President Donald Trump’s policy of making mass arrests, Biden will still be operating under the long-practiced principle of prosecutorial discretion, which gives leeway for officials to pursue criminal cases against offenders, as well as detention of individuals.

Fox News is hinging its negative coverage on the premise that illegal immigrants are perpetrators of reckless and violent crime. These xenophobic lies have been debunked by experts, who have pointed out that non-citizens do not commit crimes at higher rates than native-born citizens. A Cato Institute study examining 2015 arrest rates in Texas revealed that non-citizens were less likely to be perpetrators of criminal activity than native-born citizens. A 2017 op-ed on the Fox News website even admitted that it was difficult to find evidence of an illegal immigrant crime wave. Furthermore, non-citizens are highly vulnerable groups, often fearing to alert authorities or seek medical help when crimes are committed against them.

The current meltdown Fox is having over immigration policies is only the most recent example in its long history of promoting racist rhetoric about undocumented immigrants. Fox News employed a near-verbatim strategy of labeling immigrants in a 2019 migrant caravan headed to the U.S.-Mexico border as gang members, rapists, and murderers.

Some Fox News commentators have called migration an “invasion” of America, rhetoric that has had terrifying real-world consequences. One particularly devastating example is the 2019 mass shooting in the border city El Paso, Texas, which led to 22 deaths. The El Paso shooter’s manifesto was found to have a shared vocabulary with some of Fox News’ most hardline anti-immigrant hosts -- such as Tucker Carlson, Brian Kilmeade, and Laura Ingraham -- and contained language about fears of an incoming migrant invasion.

The constant promotion of nativist lies about undocumented immigrants on Fox News doesn’t make Americans any safer. Rather, Fox News' unfounded rhetoric actually makes it more dangerous for immigrants to live in the U.S.