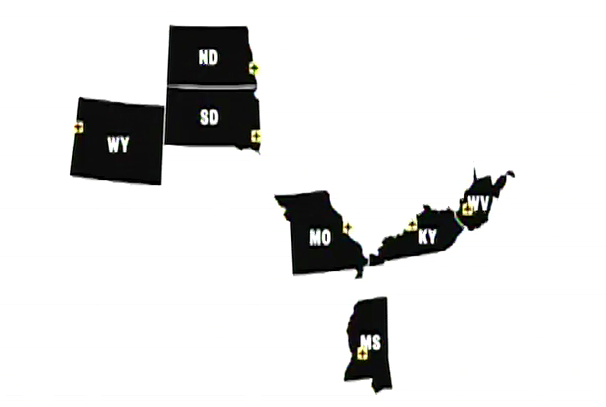 On June 12, HBO’s Vice News Tonight highlighted the struggles abortion providers and patients face in the seven states with only one abortion clinic remaining. In particular, by allowing providers to speak in their own words about what it’s like to operate in a one-clinic state, HBO shined a light on the consequences of dwindling abortion access across the country.

During the June 12 edition of Vice News Tonight, abortion providers in Missouri, Kentucky, West Virginia, North Dakota, South Dakota, Wyoming, and Mississippi discussed the challenges of operating the single remaining abortion clinic in their states. Although Vice News had previously profiled these clinics, the June 12 segment gave providers an even larger platform.

For example, several providers underscored the pivotal role their clinics play for patients seeking abortion services and other forms of essential health care. Mary Kogut, president and CEO of Planned Parenthood of the St. Louis Region and Southwest Missouri, said, “We’re resolute that we must stay open because if we’re not there, there is no one to take care of the women in our state and in our community.” Shannon Brewer, the clinic director of Jackson Women’s Health Organization in Jackson, MS, said that her clinic must stay open because people “have nowhere else to go. They can go to neighboring states, but why should they have to?”

Research echoes these clinic directors’ comments about impact of abortion restrictions in their one-clinic states. The greatest burden of anti-choice restrictions is faced by already marginalized groups, particularly low-income individuals and people of color. These patients and others seeking an abortion in one-clinic states may have to travel great distances to even reach the clinic in their state. As The Daily Beast explained, in the center of the country, where “roughly 400,000 women of reproductive age” live, they have to travel at least 150 miles to get to the nearest clinic.

In other cases, patients may be forced to travel to another state for abortion care. Before even getting to the clinic, however, those seeking an abortion will face any number of economic and logistical barriers -- including the cost for transportation and childcare, and the loss of income caused by taking time off work. This is further complicated in states with mandatory waiting periods, which force patients to not only take multiple days off work but also to arrange several trips to the clinic.

With many states continuing to consider and pass abortion restrictions -- as well as the potential defunding of Planned Parenthood at the federal level -- more states may join the seven HBO highlighted, with just one clinic left to serve their entire population.