YouTube appears to be once again making money from dangerous content, this time by monetizing recruitment videos for a violence-linked militia group.

The Three Percenters (also known as the III%ers or 3%ers) is an extreme militia group whose name originates from the false claim that only 3% of citizens fought in the Revolutionary War. The Anti-Defamation League reports that since the group’s origin in 2008, Three Percenters “have engaged in significant criminal activity, including terrorist plots and acts.”

According to Investopedia, “there is a 45/55 split for all content creators,” meaning Google (YouTube’s parent company) takes 45% of ad revenue and creators get the remaining 55%. This means YouTube is not only making money from Three Percenter recruitment videos, but also helping Three Percenters do the same.

“The III% : Are You Ready” is a video by a YouTuber called RTT : Guns & Gear, whose profile picture contains Three Percenter imagery. The video has over 150,000 views and the channel has over 23,500 subscribers. 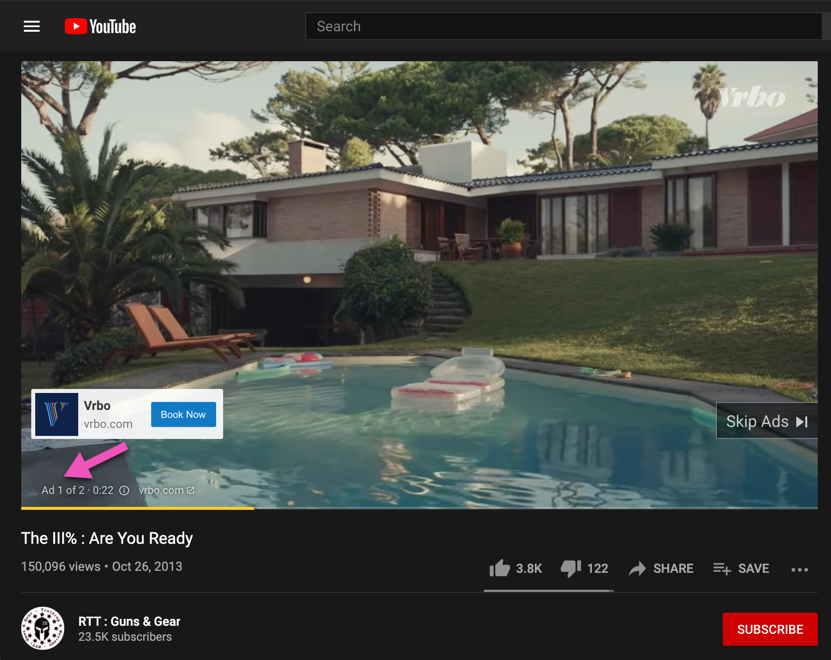 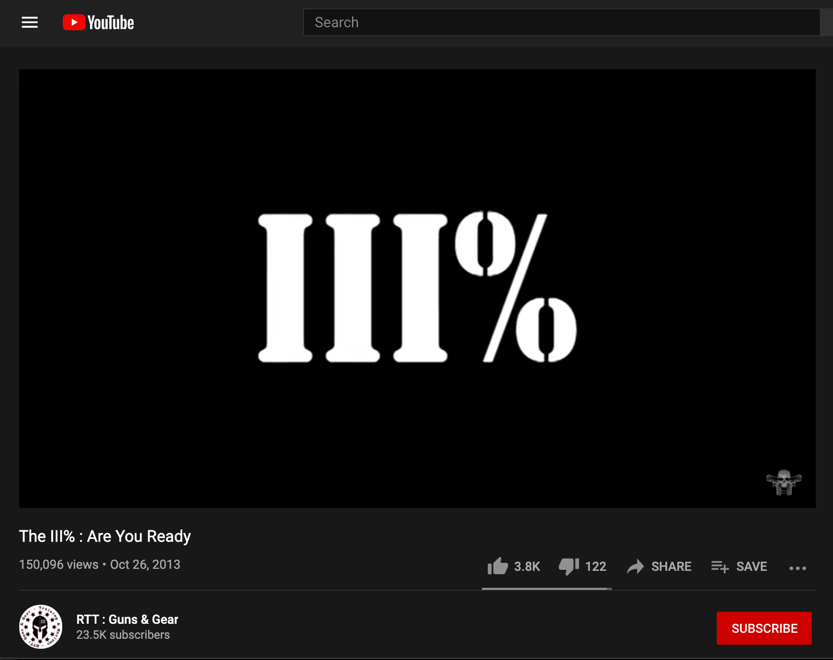 “What is a Three Percenter? What is the Three Percent Movement?” is a video by YouTuber StackingThreePercenter, whose profile picture also contains Three Percenter imagery. The video has over 25,000 views and the channel has over 17,700 subscribers. 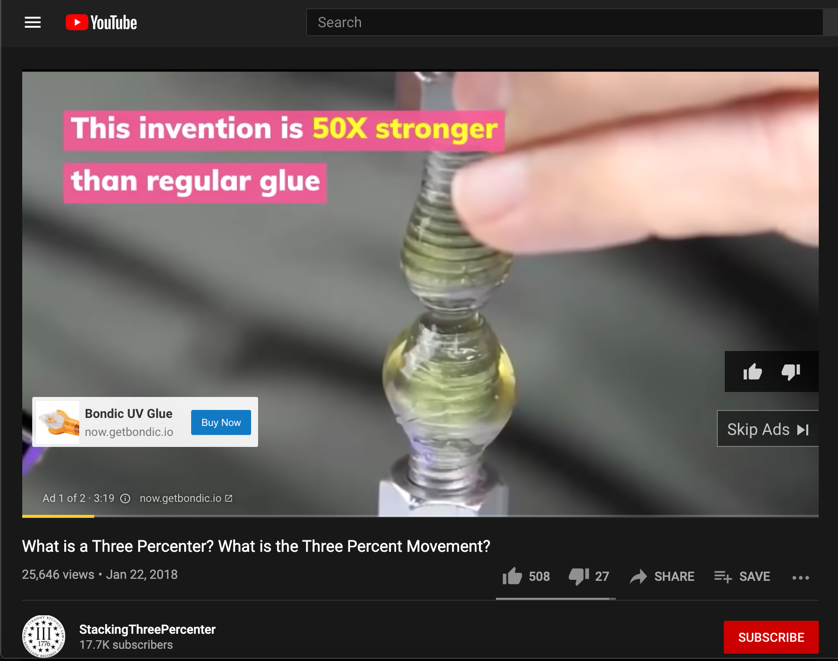 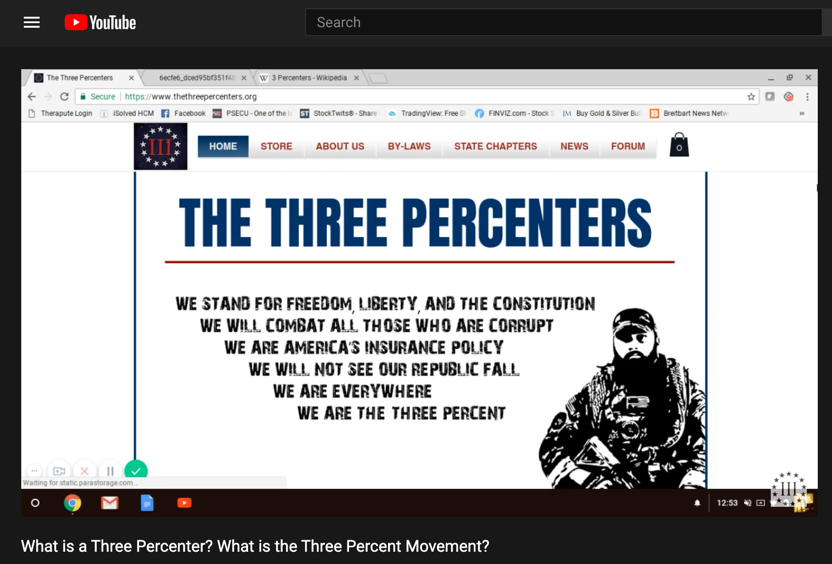 Both videos provide users with a crash course on Three Percenter values and beliefs and are narrated by Three Percenter members. Even if recruitment weren’t the explicit goal of these videos, the comments demonstrate that they are encouraging and radicalizing users.

"Iv been looking to join the 3 percenters for a while and you just sealed my fate sir. God bless America,” one user wrote.

“I'd be honored to be one of the 3%. This is our land an I'm willing to die in the name of freedom.”