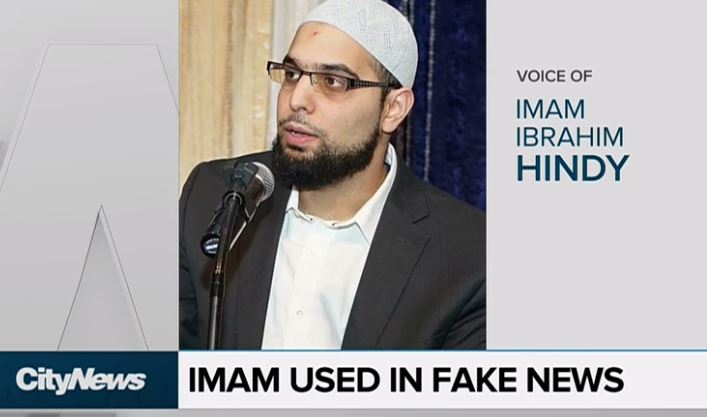 Multiple fake news purveyors are pushing a story originating from a supposedly satirical website alleging that a Houston-area mosque is refusing to take in non-Muslim victims of Hurricane Harvey because of their religion. At least one of the fake news purveyors pushing the story is funded by Google AdSense.

On August 31, The Last Line of Defense, a website that claims it is satirical but has been repeatedly promoted by fake news purveyors as if its stories were legitimate, published a piece claiming the “Ramashan Mosque outside of Houston” refused to take in “any non-Muslim people” impacted by Harvey “because it’s against their religion.” The next day, the website published another piece claiming “flood refugees banded together and kicked in the door to the mosque” to let themselves in. The August 31 article received more than 118,000 Facebook engagements and 1,100 Twitter engagements, and the September 1 piece received more than 1,800 Facebook engagements, according to social media analytics website BuzzSumo. The articles were also shared as seemingly real news by fringe conservative media personality Holly Henderson and by former parliamentary candidate of the anti-Muslim UK Independence Party Sharon McGonigal‏.

Qasim Rashid, a spokesperson for Ahmadiyya Muslim Community USA, subsequently pointed out that “no such mosque exists.” In fact, mosques in Houston have been actively aiding people impacted by Harvey. One of the men pictured in the Last Line of Defense articles, Ibrahim Hindy, a Canadian imam, noted on Twitter that he had “never even been to Texas before.” (Hindy told Toronto’s CityNews that he was actually in Saudi Arabia completing an annual Muslim pilgrimage when the hurricane hit Texas.)

That's me in the picture. I've never even been to Texas before. https://t.co/jIPfeALckc

Multiple fake news purveyors ran with the made-up Last Line of Defense story, including All News 4 USA (which published both pieces and the photo of Hindy), American President Donald J. Trump, and Daily Post Feed. The Daily Post Feed article received more than 9,400 Facebook engagements and at least 1,000 Twitter engagements, according to BuzzSumo, and was also shared on Reddit’s “r the_Donald,” a forum that has previously helped far-right trolls and fake news purveyors spread misinformation. Multiple ad services are funding these fake news purveyors -- these fake news articles about Harvey and the mosque carry their sponsored ads, including content.ad, Google AdSense, Criteo, TrustArc, and MGID. Google has previously promised to fight AdSense being used to fund fake news.