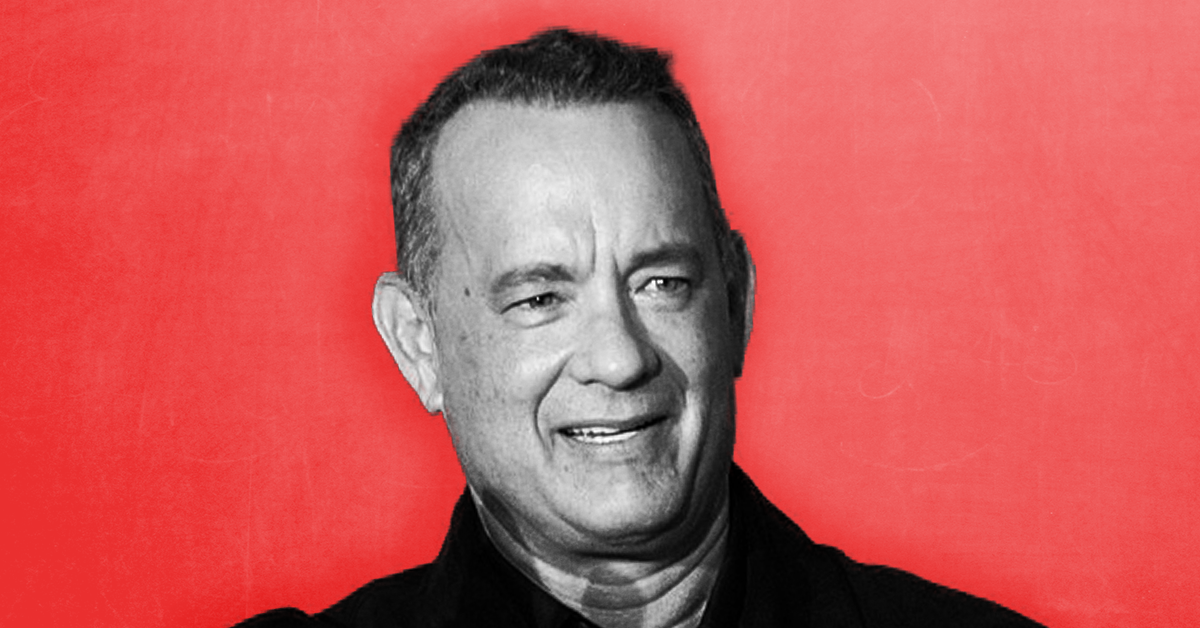 A conspiracy theory accusing actor Tom Hanks of being involved in the death of a known conspiracy theorist has spread on social media platforms, affecting search suggestions about Hanks on Twitter and Google. 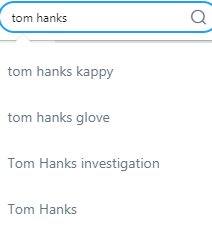 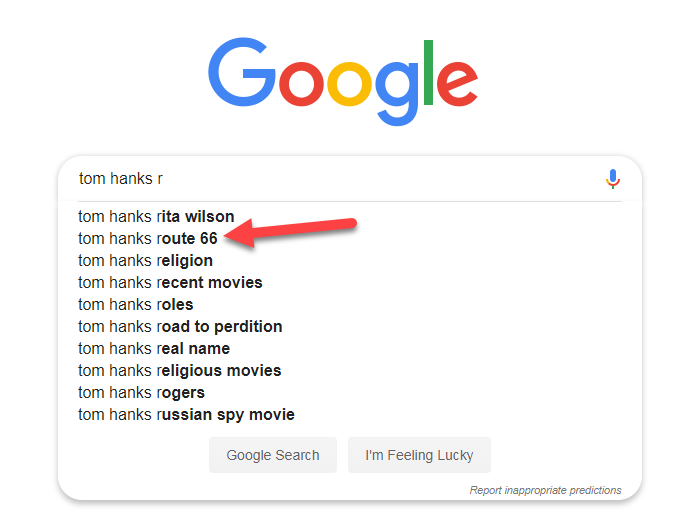 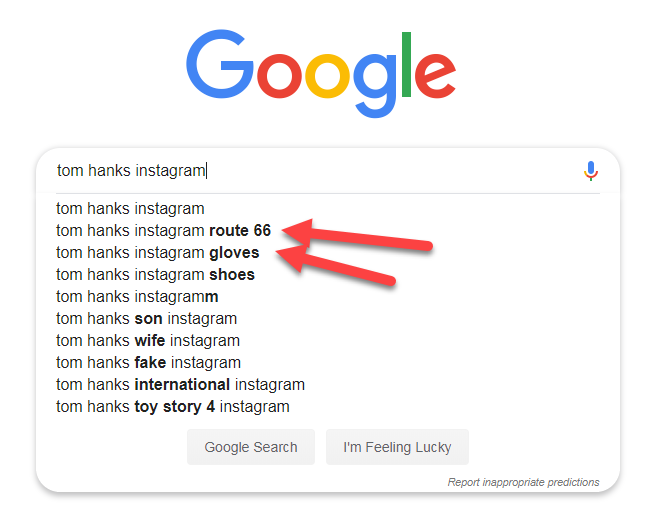 On May 13, Isaac Kappy, an actor known for pushing conspiracy theories such as QAnon and “Doughnutgate,” reportedly died by suicide in Arizona. Kappy had previously helped manipulate search results for Hanks when he baselessly accused him of pedophila. The day after Kappy's death, an anonymous user on 8chan’s QAnon-themed message board “/qresearch/” accused Hanks of being involved in Kappy’s death because Hanks had posted a photo on social media in April showing a glove on the ground with the caption “Historic Route 66. Roadkill? I hope not! Hanx.” The user claimed that Hanks posted the picture from New Mexico, that Kappy was “based” there as well, and that Kappy died near Route 66. 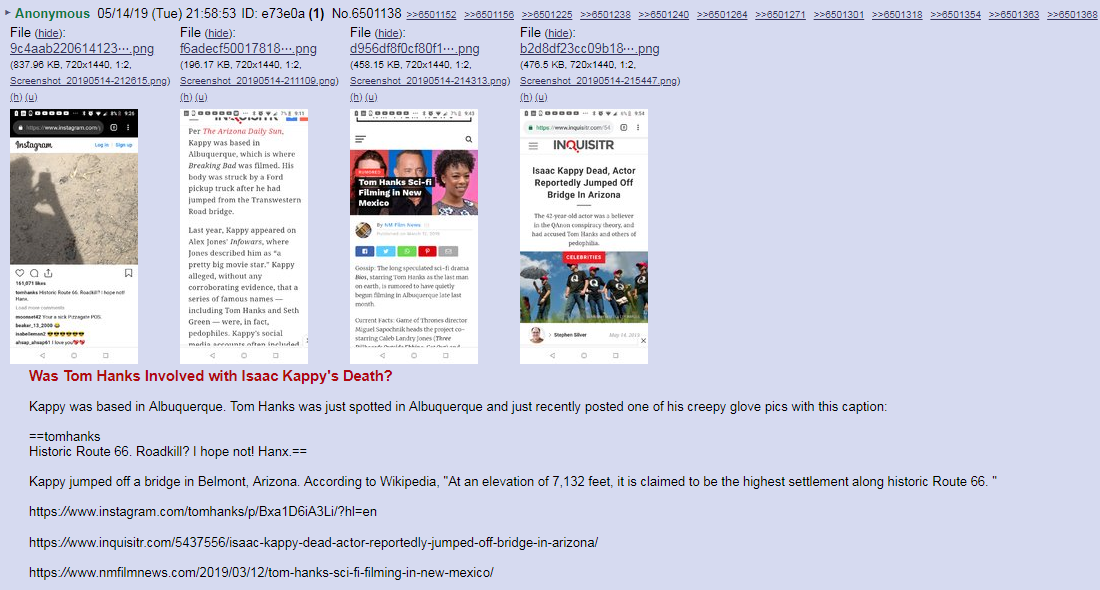 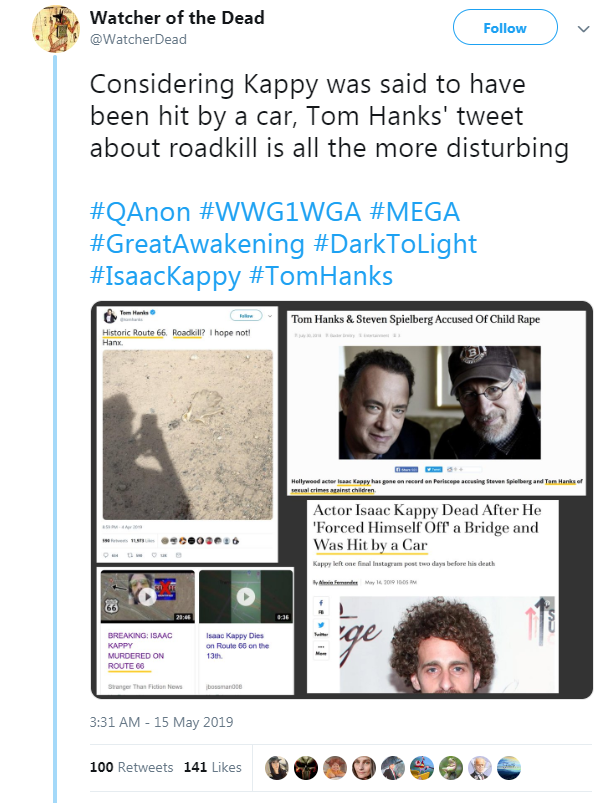 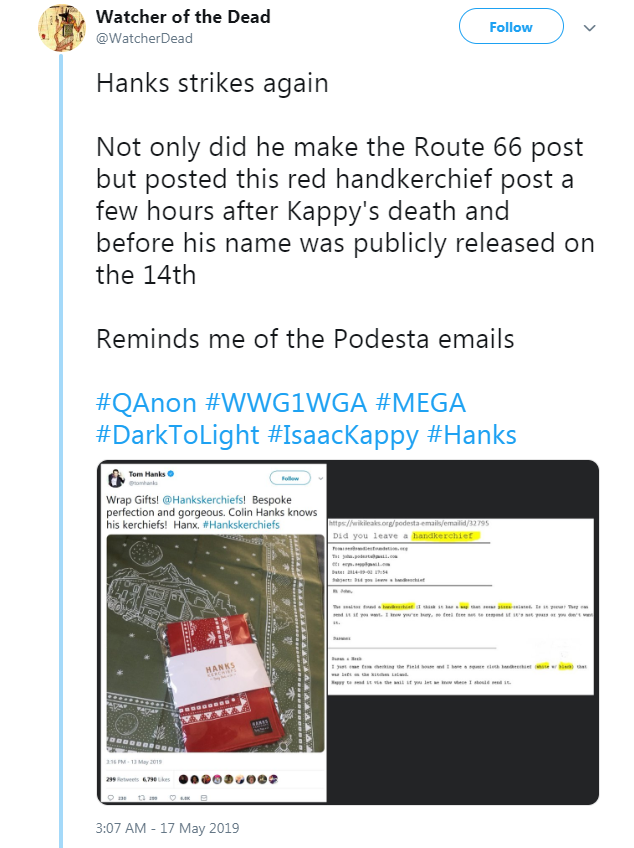 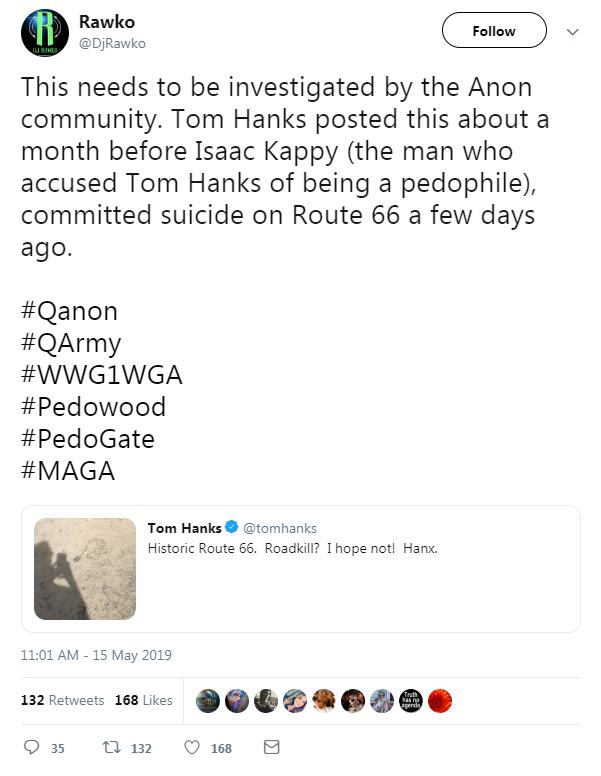 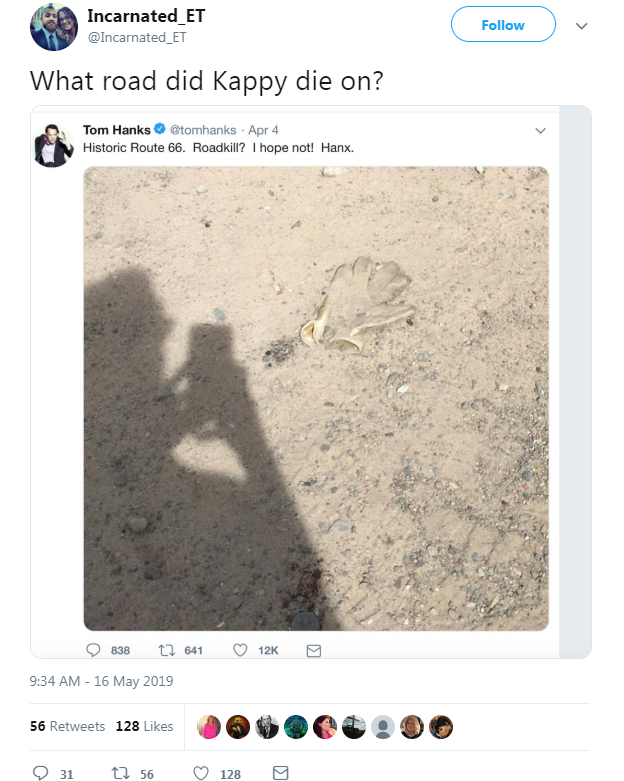 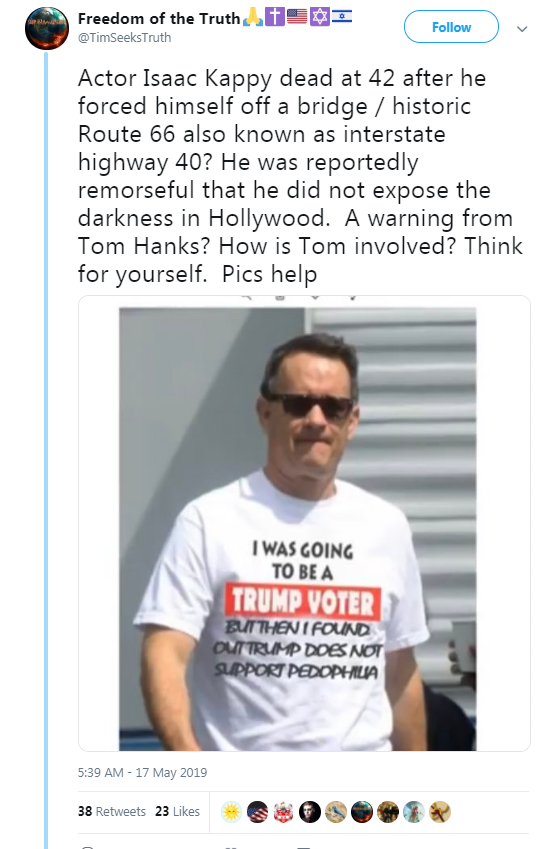 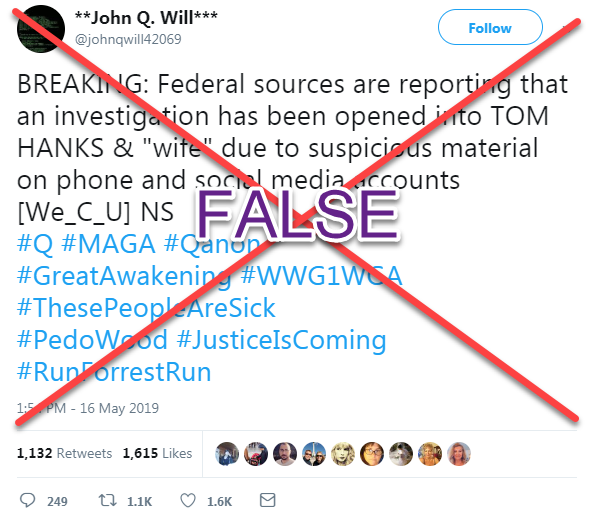 YouTube conspiracy theorists also pushed the absurd claim, and at least one of them made money off of it through the use of the platform’s “super chats” feature. 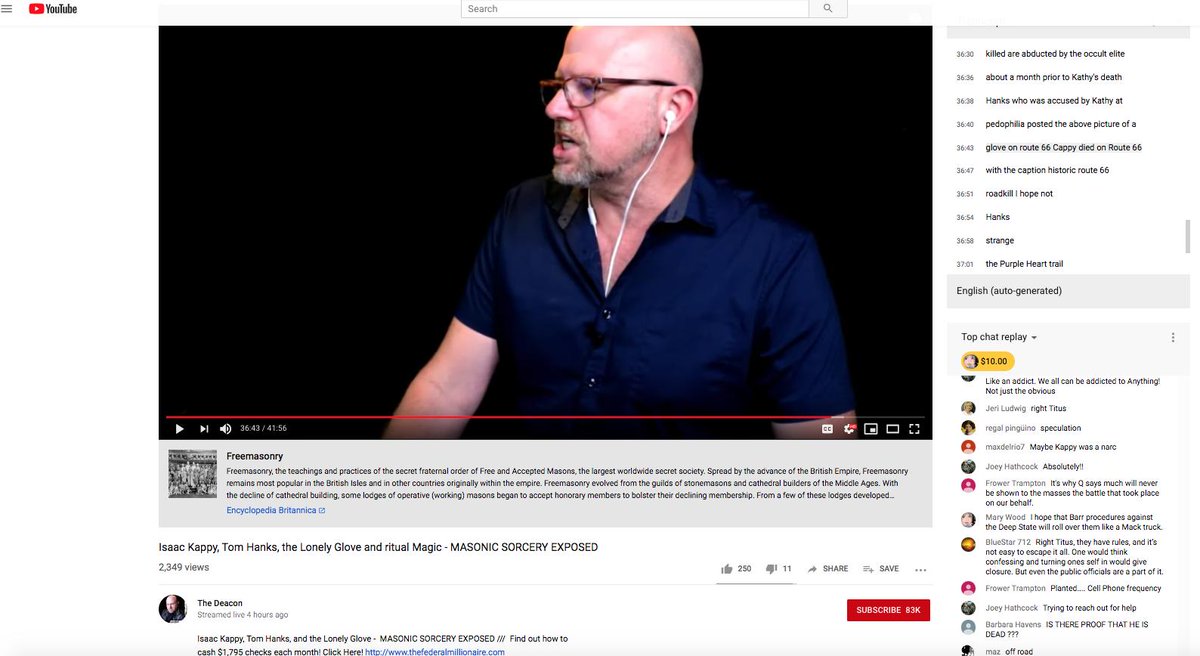 Because of the conspiracy theory, Hanks' social media posts have been bombarded with suggestions that he killed Kappy, accusations of pedophilia, and references to other conspiracy theories. 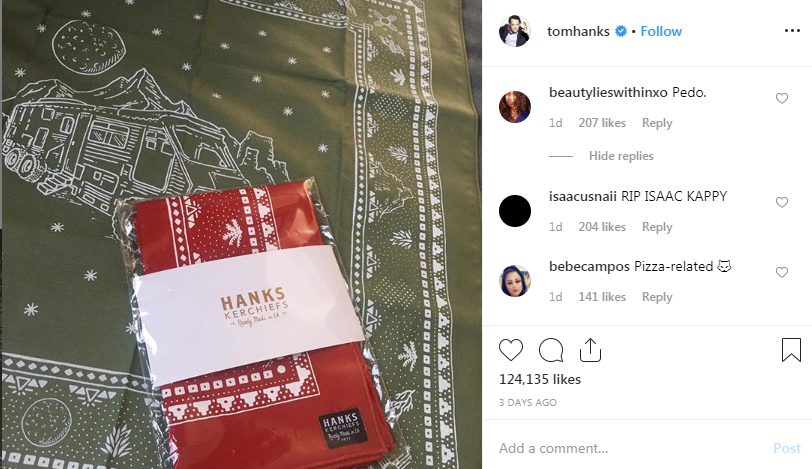