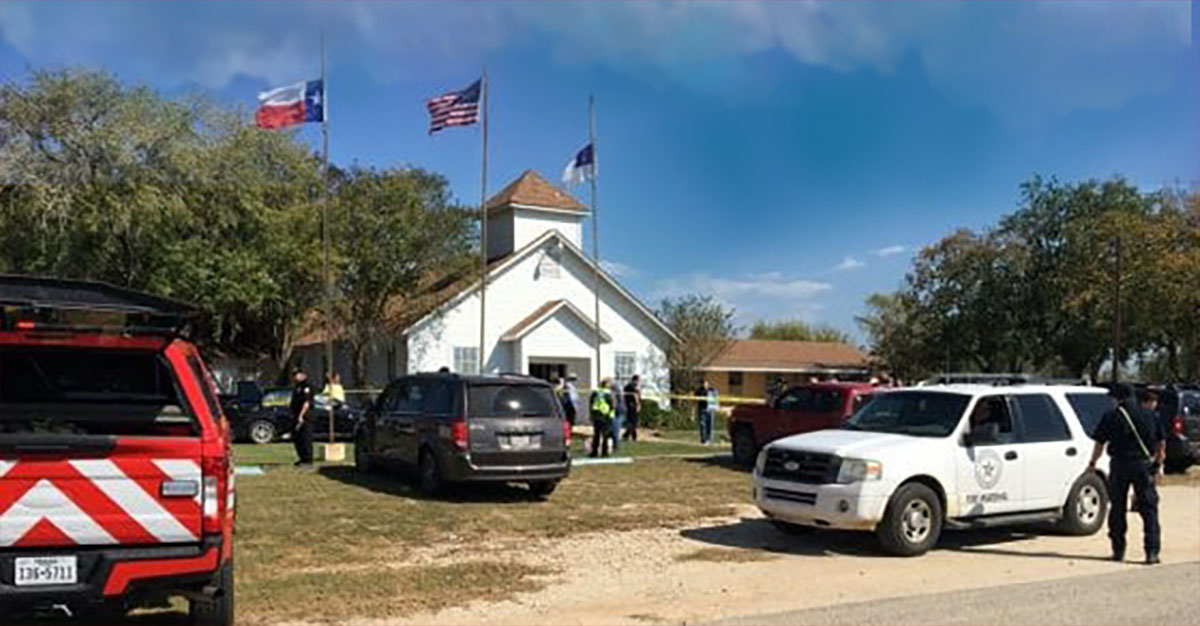 Google is continuing to allow the monetization of fake news via its advertising network AdSense, this time surrounding the November 5 mass shooting in Sutherland Springs, TX. Advertising networks Revcontent and content.ad are also featuring advertisements on fake news stories about the attack.

On November 5, a gunman opened fire and killed at least 26 people at a church in Sutherland Springs, TX. The alleged gunman, Devin Patrick Kelly, was court martialed while in the Air Force in 2012 on charges of “assaulting his wife and child” and has been accused of stalking ex-girlfriends. Law enforcement officers are now saying that the shooting was related to “a domestic situation.”

A Media Matters search found that Google’s AdSense supplied advertisements for many websites pushing the fake news that Kelly was a member of the antifascist group antifa, with many seeming to base their pieces on a fake news article from prominent fake news website YourNewsWire. Those websites included Real Farmacy, USN Politics, myinfonews.net, Clear Politics, SBVNews, RedStateWatcher, and TruthFeed.

Some of these websites that were using AdSense, such as Clear Politics and SBVNews, also carried advertisements from content.ad, while TruthFeed also featured advertisements from Revcontent. Other websites not using AdSense that pushed the baseless claim, such as Conservative Fighters, The Conservative Truth, and borntoberight.com, featured advertisements from Revcontent or content.ad instead, including the YourNewsWire piece (that article went viral, drawing at least 235,000 Facebook engagements within almost 24 hours of the attack, according to social media analytics website BuzzSumo, and was shared on gun parts manufacturer Molon Labe Industries’ Facebook page).

Another false claim about the shooting came from Freedum Junkshun, a “satire” website run by a man whose made-up stories have been used by fake news websites to misinform. It claimed that the shooter “was an atheist” on the payroll of the Democratic National Committee. That article was funded via advertisements from both AdSense and content.ad. And fake news website Freedom Daily, which has repeatedly violated AdSense’s rules against race-based incitement of hatred, published the false claim that the shooter was a Muslim convert named Samir Al-Hajeed. AdSense advertisements funded that article.

It isn't just Google's advertising service that is struggling with how to handle fake news; among the top Google search results of Kelly’s name following the attack were tweets and a video that also baselessly claimed he was a member of antifa. YouTube, which Google owns, also prominently featured a video pushing the false claim as one of the top results for the alleged shooter’s name.

In early November, a Google senior executive testified before Congress that the company had “taken steps” to demonetize misrepresentative websites. Yet the fact that multiple websites are using AdSense to monetize misinformation about the Texas mass shooting via AdSense signals otherwise. Indeed, AdSense, along with Revcontent and content.ad, have generally become the advertising networks of choice for those who push fake news. And this comes amid continuing criticism of Google’s inability to not feature misinformation during or after crisis events. These companies clearly have a long way to go to fix their misinformation problem.