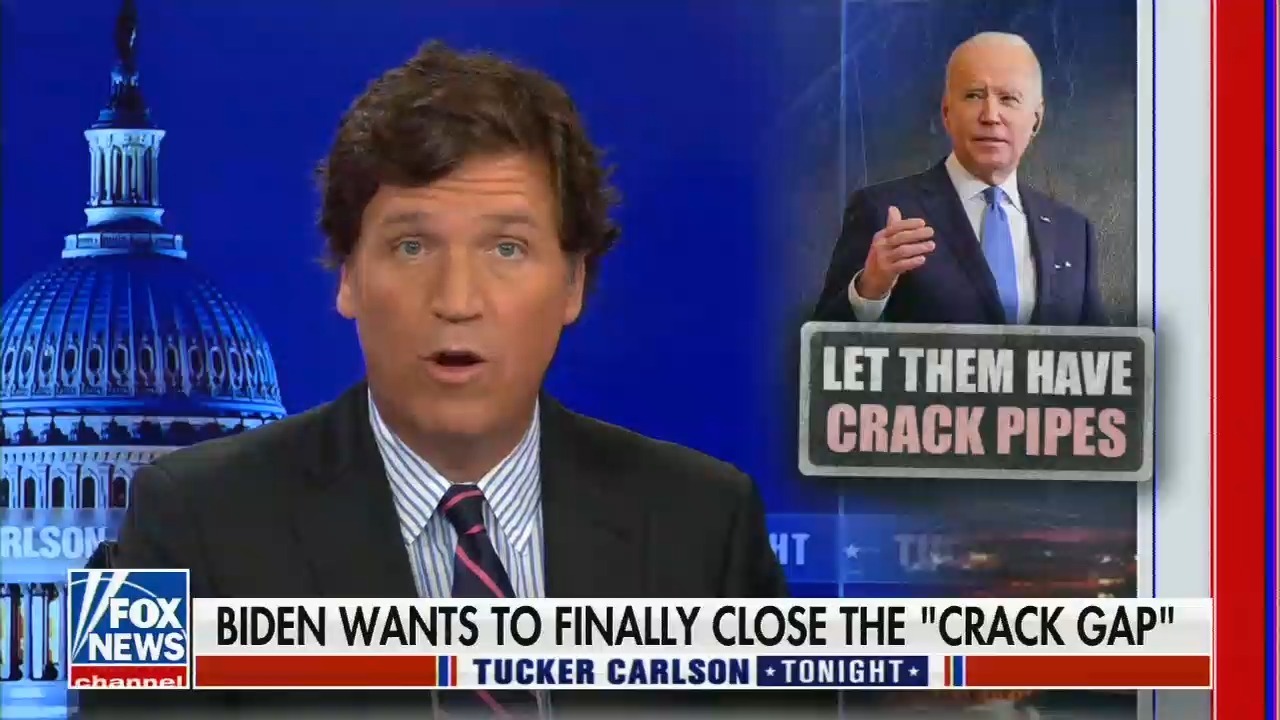 Update (2/10/22): According to a new Daily Beast report, the Department of Health and Human Services has confirmed that the claim that it will provide crack pipes in its safe smoking kits is false.

Conservative media are using President Joe Biden's harm reduction program, which would provide community support to fight addiction, to lob attacks at racial equity, presidential son Hunter Biden, and those suffering from addiction by focusing on a single element of the grant, which they say will “fund crack pipe distribution.” At the same time, right-wing media similarly attacked the Department of Justice’s recent comments suggesting it would be open to safe injection sites.

Fox News in particular has prolifically covered the stories. The network first mentioned the safe injection site story on the February 7 edition of Hannity and covered the grant program the next morning. Since Hannity’s show aired, Fox has covered one or both stories in at least 16 more segments, according to Media Matters’ internal database.

The Harm Reduction Program Grant, which ended its application process on Monday, is run by the Substance Abuse and Mental Health Services Administration of the Department of Health and Human Services, and is part of the Biden administration’s overdose prevention strategy announced last October.

In an attempt to address rising cases of drug overdose in the country, the grant funds “services or practices that have a demonstrated evidence base and that are appropriate for the population(s) of focus.” Alongside funding community prevention programs, infectious disease testing kits, and overdose reversal medication, the grant also funds syringes and safe smoking supplies, a strategy that has consistently proven effective in mitigating the spread of disease among people suffering from addiction.

The smoking kits right-wing media figures have widely mocked, which have received the endorsement of health professionals and some law enforcement, do not actually include federally funded pipes, according to a recent press release from HHS. White House Press Secretary Jen Psaki also addressed what she called “inaccurate reporting” about the smoking kits during a briefing, saying crack pipes “were never part of the kit.”

Right-wing media have also focused on a separate story from The Associated Press that the DOJ is considering allowing safe injection sites, “safe havens for people to use heroin and other narcotics with protections against fatal overdoses.” The department's position — which is in line with a growing acceptance that the locations have been shown to decrease incidences of overdose — was similarly derided by right-wing commentators who claimed it amounted to the administration promoting drug use.

Rather than provide this necessary context for the grant and policy proposal, right-wing media sought to mock the programs, using the stories to attack the Biden administration’s commitment to racial equity, immigration at the U.S.-Mexico border, and Hunter Biden’s struggle with addiction.

Here is how conservative news reacted to the programs that would provide life-saving services:

In addition to conservative media’s egregious coverage of safe injection sites and the harm reduction grant, chyrons from Newsmax and Fox News segments bolstered the networks’ outrageous claims and minimized the gravity of substance abuse.