In years past, Fox News needed several days of feverish coverage to push bogus stories from the right-wing universe into the mainstream press through a process we called the Fox Cycle. That mechanism has been supercharged by the Trump-Fox feedback loop: President Donald Trump frequently watches and tweets about segments that catch his eye, and because major news outlets treat his tweets as inherently newsworthy, he can with a single tweet drive mainstream coverage of the conservative network’s particular obsessions.

This cycle has played out over and over again since Trump’s election, on topics from NFL protests to migrant caravans. The last 48 hours or so -- in which a Fox-fueled president turned a controversy involving the city council of St. Louis Park, MN, a community of 49,000 people, that had no impact on anyone’s material existence into a national story -- provide a perfect case study of this process.

Fox & Friends devoted a news brief and a segment on Tuesday morning to the plight of St. Louis Park, where some residents had on Monday night protested the city council’s decision last month to stop saying the Pledge of Allegiance at the beginning of meetings. Fox News frequently tries to nationalize such local news stories, framing them as battles in a broader culture war. The St. Louis Park story is catnip for Fox, allowing its right-wing hosts to frame their antagonists as insufficiently patriotic effete liberals.

Fox aired a chyron during the segment that falsely suggested there had been a “ban” on saying the pledge: 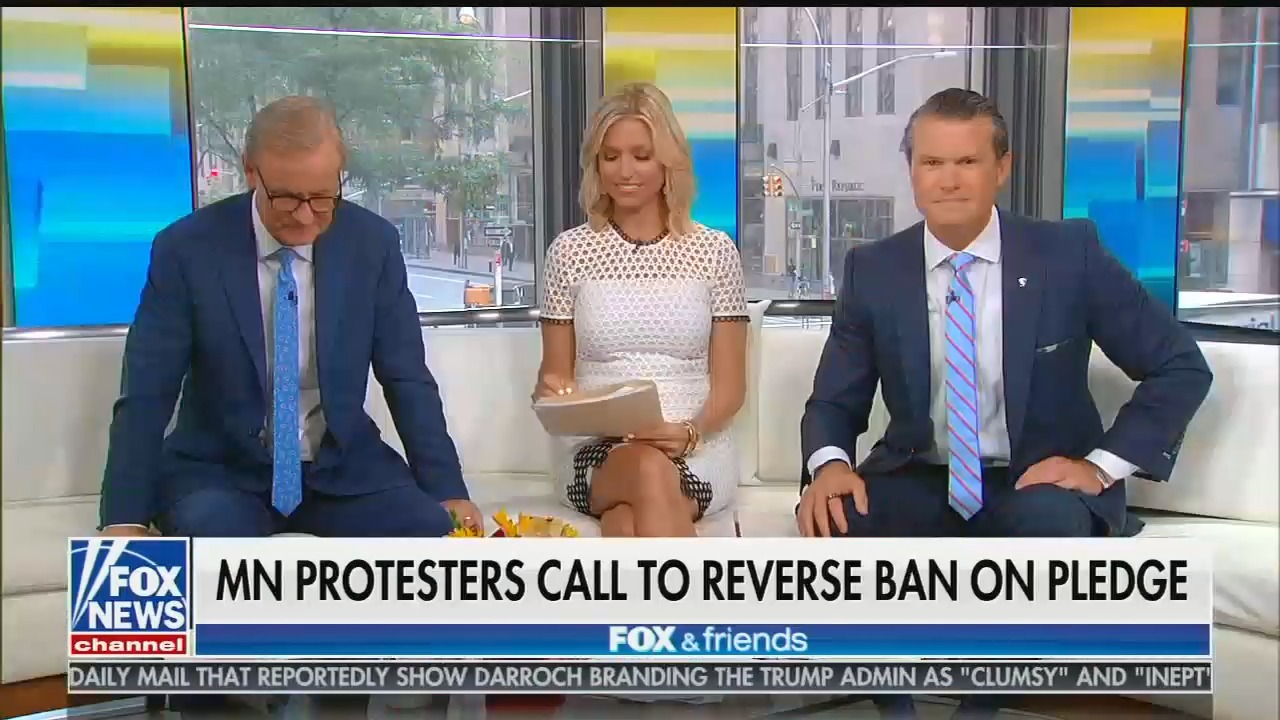 Trump on Tuesday followed his typical morning ritual of watching Fox & Friends and tweeting about what he saw. Fox’s coverage of the pledge grabbed his attention, and he picked up the chyron’s dishonest framing and tweeted, “Outrage is growing in the Great State of Minnesota where our Patriots are now having to fight for the right to say the Pledge of Allegiance. I will be fighting for you!” This has the effect of both turning Trump into the protagonist of Fox’s narrative and nationalizing what had been a local news story.

Outrage is growing in the Great State of Minnesota where our Patriots are now having to fight for the right to say the Pledge of Allegiance. I will be fighting with you! @foxandfriends 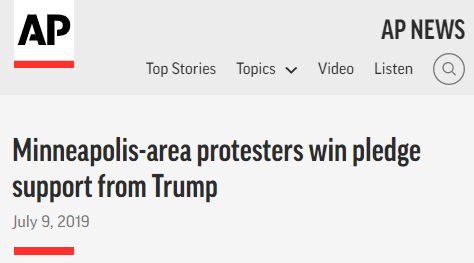 Taking its cue from the president, Fox “opinion” hosts and “news” anchors alike devoted significant coverage to St. Louis Park’s city council throughout the day on Wednesday and into Thursday morning, at times deploying the same dishonest frame that the pledge had been “ban[ned].” 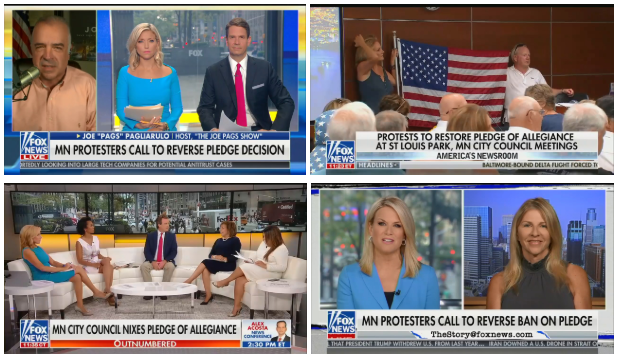 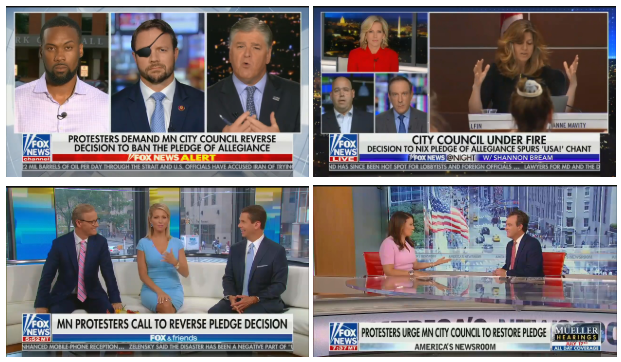 Amid a stream of tweets about Fox programming on Thursday morning, Trump suggested that St. Louis Park’s city council and its supporters are showing “disloyalty to our wonderful USA!”

The Pledge of Allegiance to our great Country, in St. Louis Park, Minnesota, is under siege. That is why I am going to win the Great State of Minnesota in the 2020 Election. People are sick and tired of this stupidity and disloyalty to our wonderful USA!

The Hill picked up Trump’s Thursday comments. It remains to be seen how much further the story might spread.

It’s absurd that the president of the United States is devoting his time and attention to the decisions of a city council that represents a population of 49,000 people. But Fox is constantly looking for new grievances for its audience to get angry about, and the president is both a constantly aggrieved member of that audience and a political benefactor from such stories. That set of factors keeps turning Fox’s obsessions into national news.