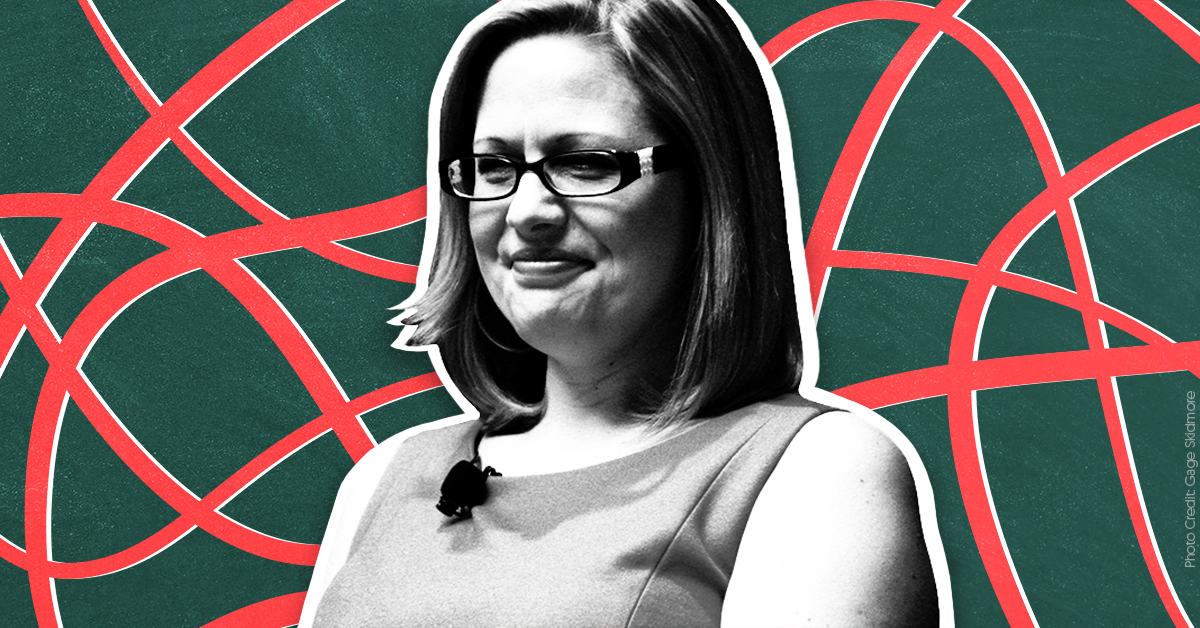 The Republican Party and pro-Trump media figures are smearing Rep. Kyrsten Sinema (D-AZ) as either a terrorist supporter or “an actual Islamic terrorist” over two 2003 events at Arizona State University she promoted that featured controversial criminal defense attorney Lynne Stewart. Stewart, who represented terror group leader Omar Abdel Rahman, known as “the blind sheikh,” was convicted two years after these events for conspiracy to provide material support of terrorism.

Following publication of an October 10 FoxNews.com article headlined “Senate Dem hopeful Kyrsten Sinema promoted events featuring convicted terror lawyer,” the National Republican Senatorial Committee (NRSC) quickly issued a press release smearing Sinema for supposedly having “promoted terrorists.” (The FoxNews.com headline itself is misleading as the article notes that, at the time, Stewart had been charged but not yet convicted.) The NRSC press release inaccurately stated that Sinema was “sympathizing with convicted terrorists.” It also claimed that she “fervently defended the attorney who was convicted of providing material support to a terrorist organization, and promoted her on campus, saying she was ‘emphatically not guilty’ and blamed the ‘hastily enacted PATRIOT Act’ for her conviction.” The quotes are from 2003, before Stewart was convicted. Stewart died in 2017, but her conviction remains controversial in legal circles.

NRSC communications staffer Calvin Moore leaped beyond this smear in a tweet claiming Sinema has “ties to the mastermind behind the first World Trade Center bombing,” which is patently absurd and false.

OK we live in heated times.

Arizona Democrats are running an actual Islamic terrorist for Senate.

How the f-ck did this happen!https://t.co/88QhELVcby

This is absolutely terrifying.

Half of Arizona is supporting an actual terrorist supporter, a literal f-cking terrorist.https://t.co/88QhELVcby

Hoft is no stranger to inviting people under indictment to speak. Former national security adviser Mike Flynn, who pleaded guilty to lying to the FBI, recently spoke and received an award at an event sponsored by Hoft’s Gateway Pundit. His website also has a history of supporting controversial speakers who are invited to college campuses. For his part, Cernovich is accustomed to drawing opposition to his controversial campus appearances, and he has even accompanied a neo-Nazi to a campus rally. Yet they are nevertheless suggesting that by inviting people to a campus event to hear from a defense attorney, Sinema is either supporting terrorists or acting as one herself.