On August 9, President Obama stated his opposition to Russia's strict anti-gay laws, which could threaten openly gay Olympians and visitors during the 2014 Winter Olympics in Sochi. At a press conference, Obama said “nobody's more offended than me by some of the anti-gay and -lesbian legislation that we've been seeing in Russia.”

Starnes - who has become Fox News' resident mouthpiece for anti-gay hate groups - used Obama's comment to suggest the president might be admitting to being gay:

This isn't the first time Starnes has suggested that Obama is secretly a gay man. In fact, the Fox News reporter has frequently peddled the deranged right-wing conspiracy theory that Obama has a secret gay relationship with his former “body man” Reggie Love: 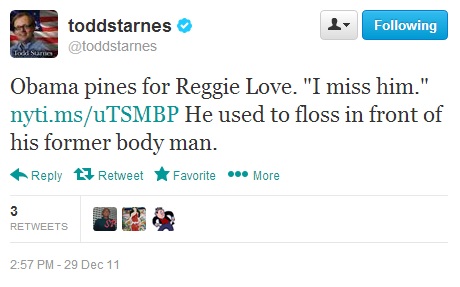 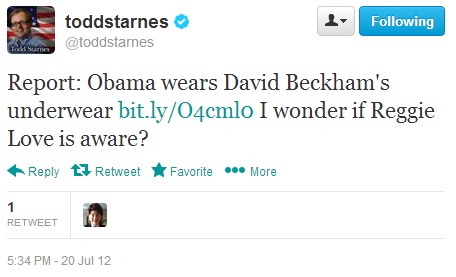 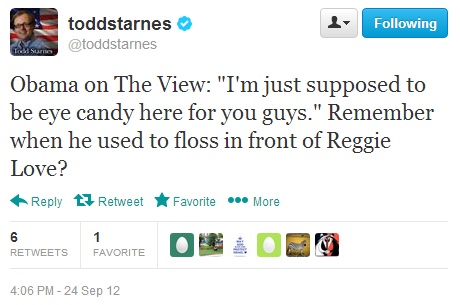 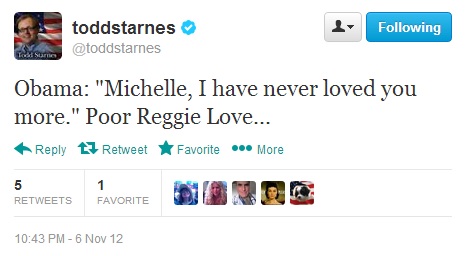 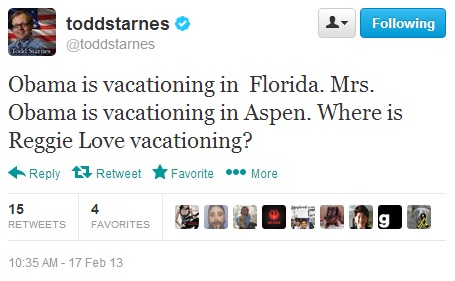 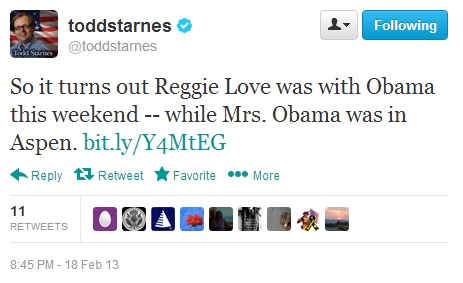 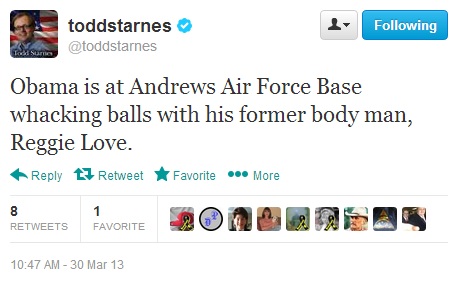 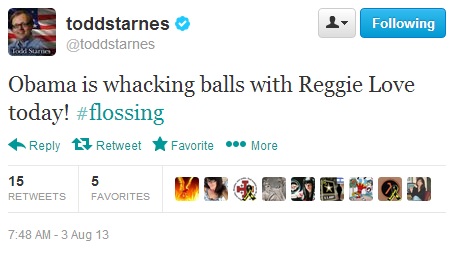