Fox News Radio reporter mocked President Obama for statements he made in support of gay Olympians who might be targeted by Russia's strict anti-gay laws during the 2014 Winter Olympics in Sochi.

During an August 9 press conference, Obama stated his opposition to Russia's anti-gay laws - including a measure that would criminalize “homosexual propaganda” - saying “nobody's more offended than me by some of the anti-gay and -lesbian legislation that we've been seeing in Russia.”

Starnes took to Twitter to mock the president's comments, accusing Obama of discriminating against heterosexual athletes: 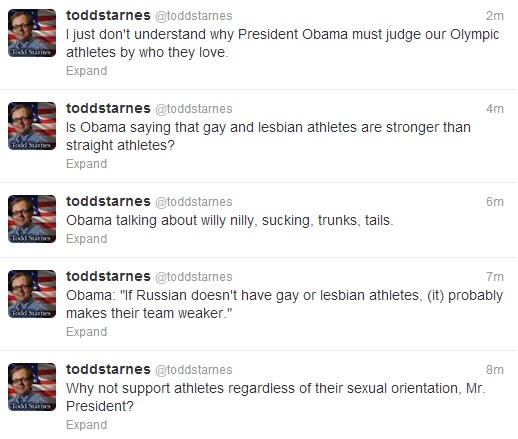 He also advanced the bogus right-wing talking point that Obama was prioritizing gay rights over other foreign policy considerations: 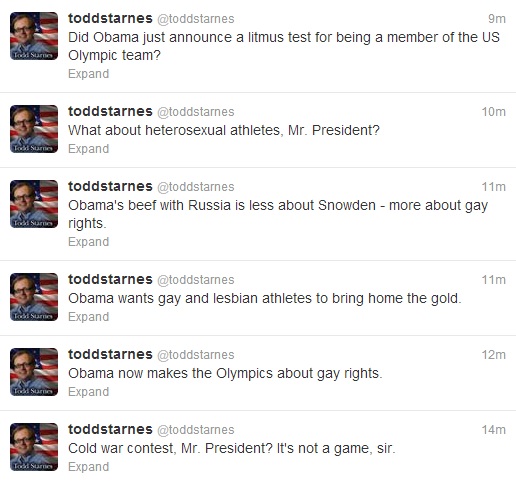 Fox News has completely ignored the controversy surrounding Russia's strict anti-gay laws, which could threaten openly gay Olympians and visitors during the Olympics in February.