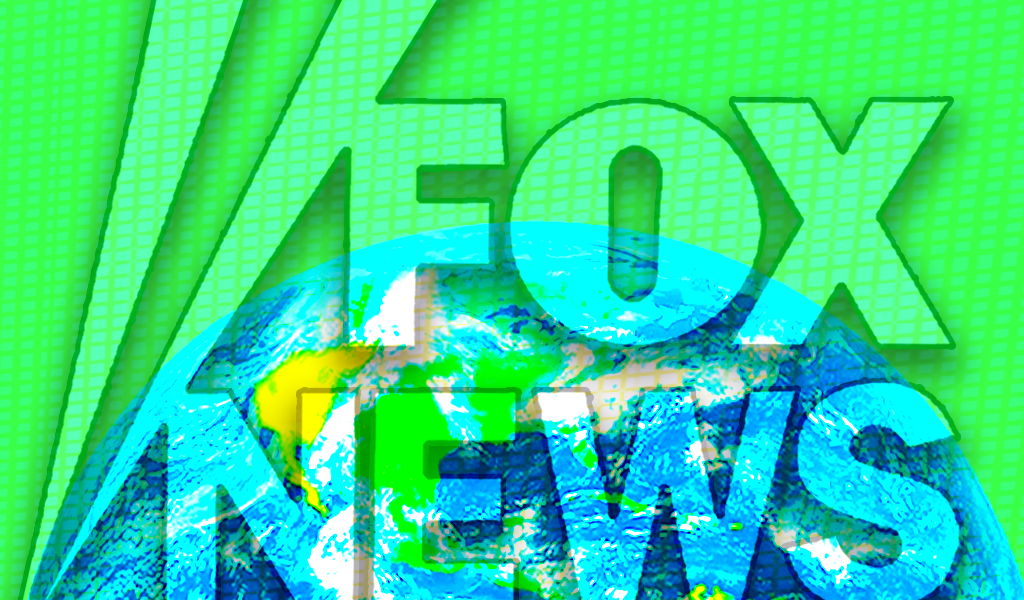 On April 20, Rep. Alexandria Ocasio-Cortez (D-NY) and Sen. Ed Markey (D-MA) reintroduced the Green New Deal resolution first put forth in February 2019. The resolution was introduced along with a broader legislative package, including a localized Green New Deal proposal for cities and states and proposals to create a Civilian Conservation Corps and spend over $170 billion on public housing over the next decade.

According to Ocasio-Cortez, the suite of proposals intends to send the message that we need to go “bigger and bolder” than what the Biden administration has put forth on climate change. It also comes during a pivotal week for global climate action -- on Earth Day, April 22, the Biden administration is hosting a summit with 40 world leaders aimed at discussing stronger climate action.

Like clockwork, Fox News bashed the reintroduction of the Green New Deal proposal by attacking Ocasio-Cortez and recycling many of the same tired and misleading arguments that were used in 2019. The difference this time around is that there is even greater political will and public demand for action to address the interconnected issues of economic inequity, racial injustice, and climate change, and right-wing media and their conservative lackeys are falling further and further behind in credibility on the climate issue.

On Fox & Friends First, vociferous climate denier and longtime Fox news guest Marc Morano insinuated that the Green New Deal is not really about climate change, but just an excuse for a massive government takeover.

They are going to be implementing this across all bureaucracies, all the cabinets, and this is something that American people need to wake up and realize that this is being imposed upon them without a vote of Congress in many cases.

Falsely asserting that the Green New Deal isn’t about climate change because it also includes other social and economic programs is a common tactic on Fox — and it’s a bold claim from someone who doesn’t even acknowledge that there is a climate crisis. The core purpose of the Green New Deal, of course, is to transition away from a fossil fuel-based economy, which drives climate change.

Later that morning on Fox & Friends, Danish political scientist Bjorn Lomborg falsely claimed that the Green New Deal wouldn’t really do anything to help solve climate change, saying the “smarter” approach is just more innovation in green energy. He offered another iteration of this argument the next day on Varney & Co. Lomborg has been a semi-frequent guest for climate issues on Fox in recent weeks; his whole schtick is to downplay the seriousness of climate change and claim that “innovation” is the best way to reduce climate emissions.

On America’s Newsroom, Sen. Ted Cruz (R-TX) provided perhaps the best example of an opponent throwing every misleading Green New Deal argument against the wall and seeing which sticks. First, he repeated the long-debunked and “bogus” lie that the Green New Deal will cost $93 trillion. He then claimed that the Green New Deal would be “bad for the economy” and that it would destroy jobs, even though multiple analyses show that the plan would be a huge job creator. He also praised the oil and gas industry and lamented the Biden administration’s cancellation of the Keystone XL pipeline. Nowhere in his spiel did he mention that climate scientists say we must rapidly draw down the use of fossil fuels in order to stave off the worst effects of climate change.

On America Reports, Rep. Nancy Mace (R-SC) offered a similar argument to Morano, claiming that “this is about the far left trying to change and reshape our economy and our country in their socialist vision.” Later on in the episode, Sen. Rand Paul (R-KY) ducked co-anchor John Roberts’ acknowledgment of the job creation and emissions reductions elements of the proposal by singing the praises of fracking. (He did not mention that fracking produces methane, which is nearly 30 times more potent than carbon dioxide; nor did he mention fracking’s immediate effects that contribute to climate change.) Both guests referenced the expensiveness of the plan, without noting the exorbitant costs of doing nothing on climate change.

The recycled misinformation about the Green New Deal continued into April 21. On Fox & Friends, co-host Ainsley Earhardt again cited the bogus $93 trillion number for the Green New Deal. Later, on The Five, co-host Greg Gutfeld went even higher, saying it costs “$100 trillion or whatever.”

Guests and hosts also floated the idea of government takeover and other hyperboles to discredit and vilify the proposal and supporters. On Fox and Friends, Rep Kevin McCarthy (R-CA) said: “Remember, this is not about a Green New Deal. This is about controlling our lives.” And co-host Pete Hegseth had perhaps the most asinine take on the Green New Deal, saying: “And, of course, with climate change is the religion of the left, this bill is their catechism and they believe they can change human behavior because the world’s going to end in 10 years if we don't."

The idea that the world will end in 10 years is a common misrepresentation of the scientific warning that countries must massively reduce carbon emissions in order to avoid the worst effects of climate change. As climate scientist Katharine Hayhoe notes: “Science does not identify a specific goal, target, or timeline. What it says is simply this: the more carbon we produce, the worse the impacts. The best thing to do is wean ourselves off it, as soon as is humanly possible. As a human I'd add: while minimizing suffering.”

Hegseth has a habit of comparing climate change to religion -- he did it in August 2019, and again in January 2020.

Right-wing media are also using the reintroduction of the Green New Deal as a springboard to attack the links between climate change and racism. On the April 21 edition of Tucker Carlson Tonight, host Tucker Carlson and guest Mark Steyn claimed it’s ridiculous to correlate climate change and racism -- even though experts say the two are “inexorably” linked. Just weeks ago Carlson used his monologue to unfurl a racist rant targeted at the environmental justice elements of Biden’s infrastructure plan.

On the April 22 edition of Fox & Friends, the co-hosts picked up on Tucker’s narrative and expressed outrage at Ocasio-Cortez’s statement during the Green New Deal press conference that racial injustice has contributed to climate change. Co-host Pete Hegseth’s mockery of the link included an incoherent account of how our country was founded:

PETE HEGSETH (CO-HOST): That is all of the left-wing wokeism education rolled into one. That is capitalism is evil, America is evil because America -- because of the way it was founded. So we're defined by our sins from the very beginning. It's not 1776, it's 1619. Therefore, because it was white people or anybody who was here in America building this country with capitalism and made mistakes but recovered from them and, thankfully, we're in a better place today than we were then, you've got to tear it all down, it's all bad, and any admission that came from that is based on racism, and that's where climate change came from.

Fox is trotting out the same old lies about climate action at a time when the U.S. is reestablishing its role as a climate leader on the global stage

It’s no surprise that Fox jumped to attack the reintroduction of the Green New Deal. The network has been utterly obsessed with the idea over the past two years; when it was first introduced, the network aired far more segments on the proposal than its cable network counterparts, yet it often failed to even mention climate change.

The latest coverage comes when there is greater political will for action that acknowledges the interconnectedness of climate change with issues related to equity and justice. The Green New Deal has a record 103 co-sponsors, and a recent survey found huge support for governmental climate change action. Additionally, the architects and champions of the Green New Deal have called Biden’s recent climate infrastructure plan the “closest we’ve come to a realization of the Green New Deal,” in spite of its modest path toward carbon reduction, because it integrates issues of equity and climate with infrastructure spending. This shows the importance of tackling climate change now compared to just two years ago, with two of the most ambitious climate proposals in U.S. history being discussed side by side.

At the end of the day, Fox and other right-wing media outlets will do all they can to demonize climate action. For the first time since the Paris Agreement in 2015, a U.S. presidential administration is taking climate change seriously. Recognizing that global cooperation on the issue is crucial, the Biden administration is hosting a summit of world leaders to see where progress can be made on cutting carbon emissions. That’s huge news, and the actions that stem from the effort should be picked up by every major news outlet. However, as always, Fox only wants to vilify it.