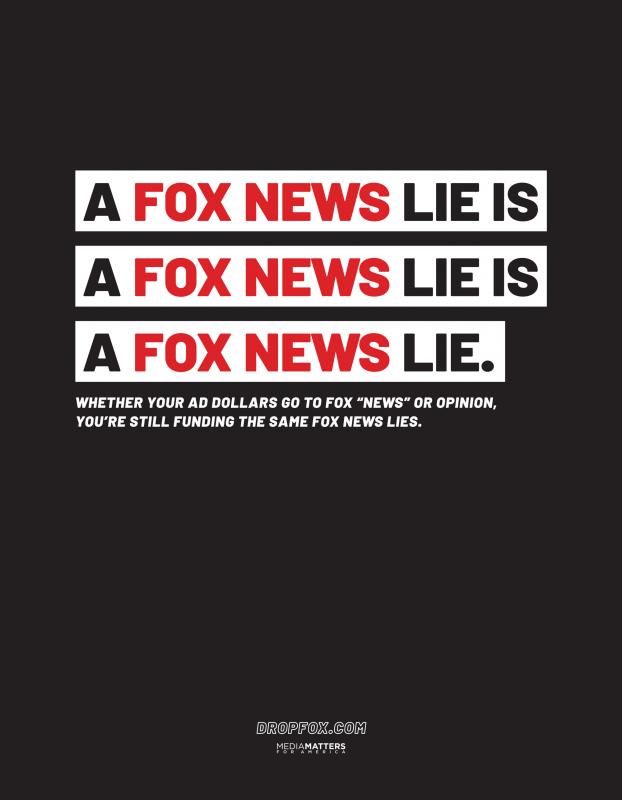 Ahead of the advertiser upfronts, a new full-page ad in The Hollywood Reporter magazine tells media buyers and major advertisers that a Fox News lie is a Fox News lie regardless of where on Fox News’ programing it occurs.

Media Matters research shows that the “news division” on Fox News and Fox Business spread misinformation on air every single day between January 1 and April 30th.

Fox’s “news side” and “opinion side” are cogs in the same propaganda machine. When you advertise on Fox News, you support the network's extremism, bigotry, and dangerous conspiracy theories. And quarantining ads to only a small subset of programs will not insulate brands from public rebuke when Fox News' next controversy strikes.