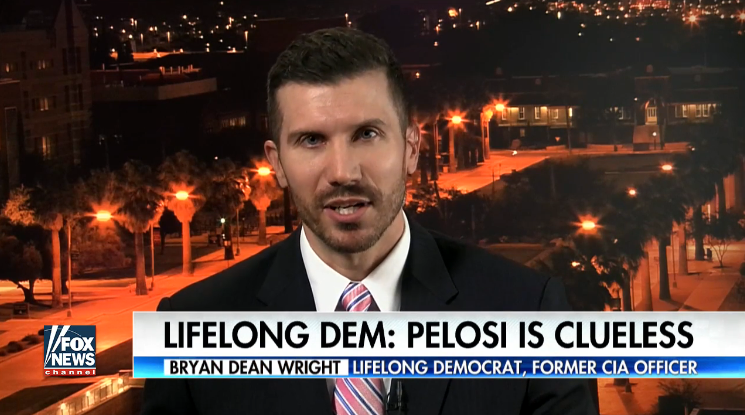 Bryan Dean Wright, a consultant looking for career opportunities and freelance gigs, has found the perfect publicity gimmick to get in outlets such as Fox News: proclaiming he's “a Democrat but” agreeing with Republican positions.

Wright is a former CIA officer whose personal website states that he’s available as a consultant to “businesses, philanthropic groups, and governmental bodies,” as well as for speaking engagements and media work.

Wright’s website highlights his TV and print commentary. But his avenue to getting media attention has frequently been as a Democratic validator for President Donald Trump and his Republican Party.

According to Wright, since Trump was elected president, Democrats:

Unsurprisingly, Fox News -- which has frequently hosted Fox News “Democrats” like Pat Caddell and Doug Schoen -- has been enamored with Wright’s work. Here are some headlines of Wright’s pieces since Trump was elected president:

Wright has also appeared on Fox News programs. Here’s how some of those appearances were framed: 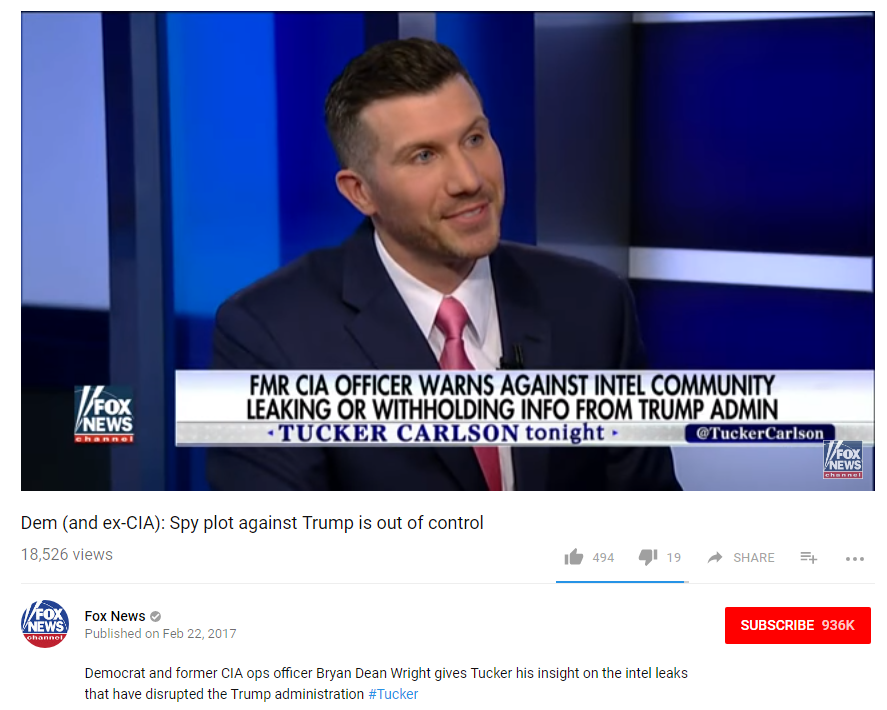 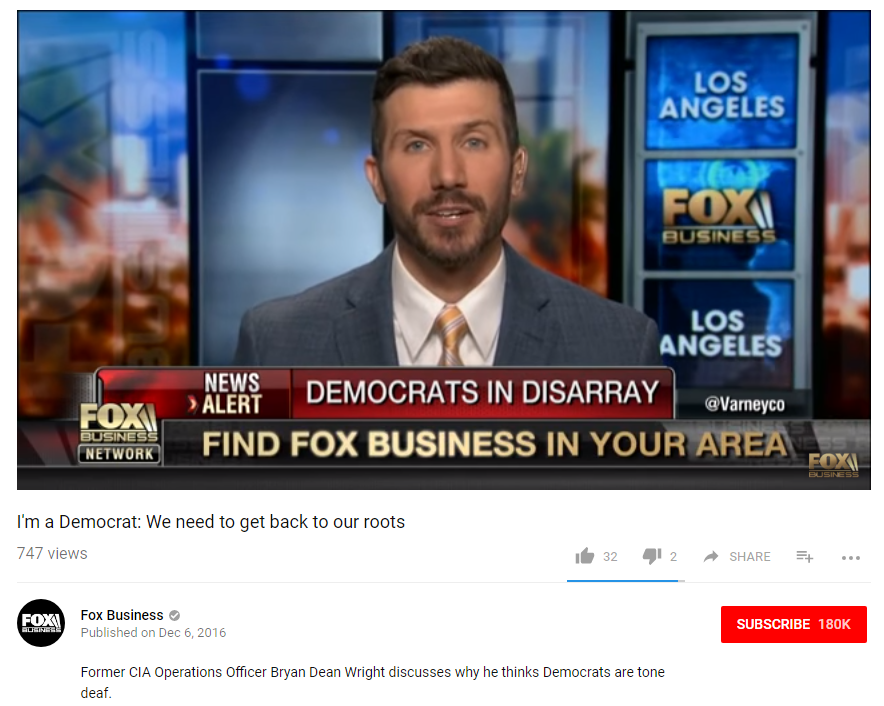 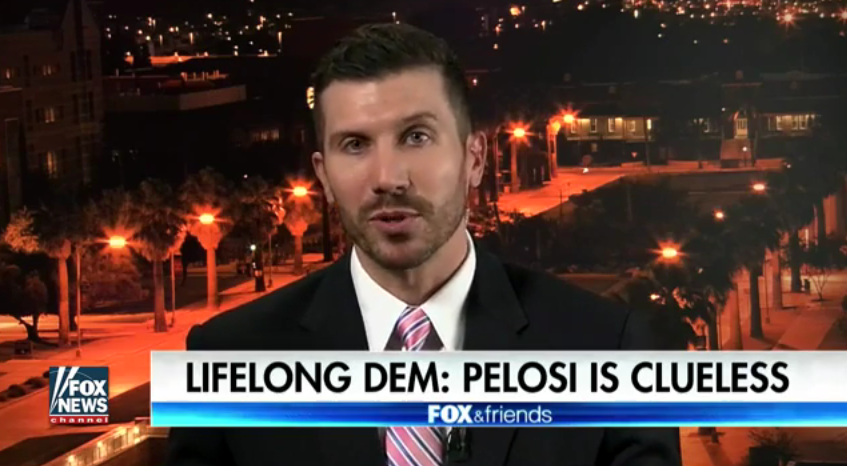 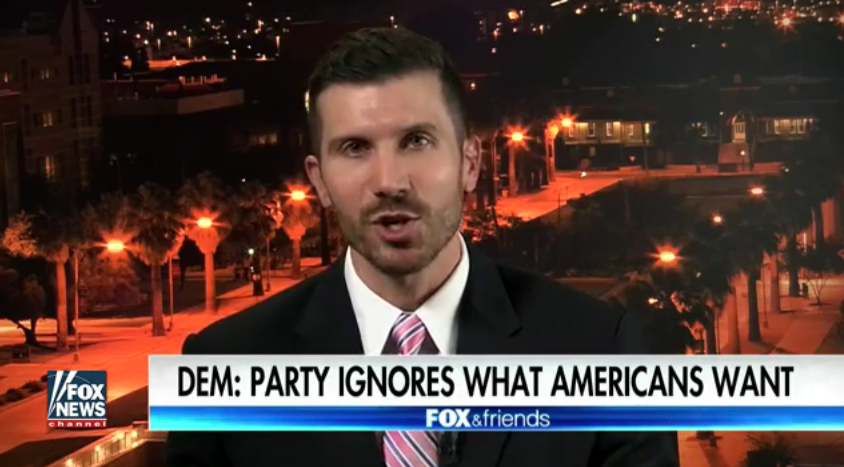 Even when Wright professes a disagreement with Trump, he can’t help himself from finding a “positive” for the administration or an avenue to attack progressives. In the piece “I'm a Democrat but there's something great about Trump's travel ban,” Wright claims that he doesn’t support Trump’s executive order, writing, “It was flawed on several levels. Consider this: Saudi Arabia was left off Trump’s ban despite knowing that ISIS uses Saudi textbooks to indoctrinate their children.”

But Wright states that there's been “at least one positive development from Trump’s edict: Reasonable people are now debating and re-evaluating what it means to be an American.” He also uses his piece to criticize progressives for being “politically correct” about Muslims:

Polite politics would prefer we not discuss these men and women. Instead, it’s easier and more politically correct to wrap ourselves in posters proclaiming, “We’re All Muslims.” But smart citizens will not shy away from the fact that while most Muslims are peaceful, millions of religious fanatics embrace an ideology that would have the world live under Sharia law – by force or persuasion.

And so I ask my fellow Americans: Does your embrace of immigrants extend to those who reject your values?

Let me make this personal. I am a gay man who grew up in rural Oregon. My parents struggled with accepting my sexuality in part because they believed that my life’s journey would be much harder than my straight siblings.

They were right. I have faced hardships because of bigoted people. But for the grace of God, hard work, and a family tradition of stubbornness, I have thrived despite the obstacles.

Each day, however, immigration lawyers and State Department officers allow people into this country that don’t want me to exist. The result? I have to deal with more co-workers, landlords, professors, and bosses that have a bigoted commitment to block my already difficult path.

In 2016, he penned a Los Angeles Times piece headlined “I’m a former CIA officer and a Democrat. Here’s what Obama still doesn’t get about terrorism.” He also, of course, appeared on Fox News and criticized politicians for calling Islam a “religion of peace.”

Wright responded to criticism of his FoxNews.com work in an August tweet, stating: “While I don't write my headlines, I'm honored @FoxNews gives me the mic on occasion. #Democrats need to engage conservatives, & do so fairly.” He also explained on FoxNews.com why he hasn’t left the Democratic Party shortly before Trump’s inauguration.