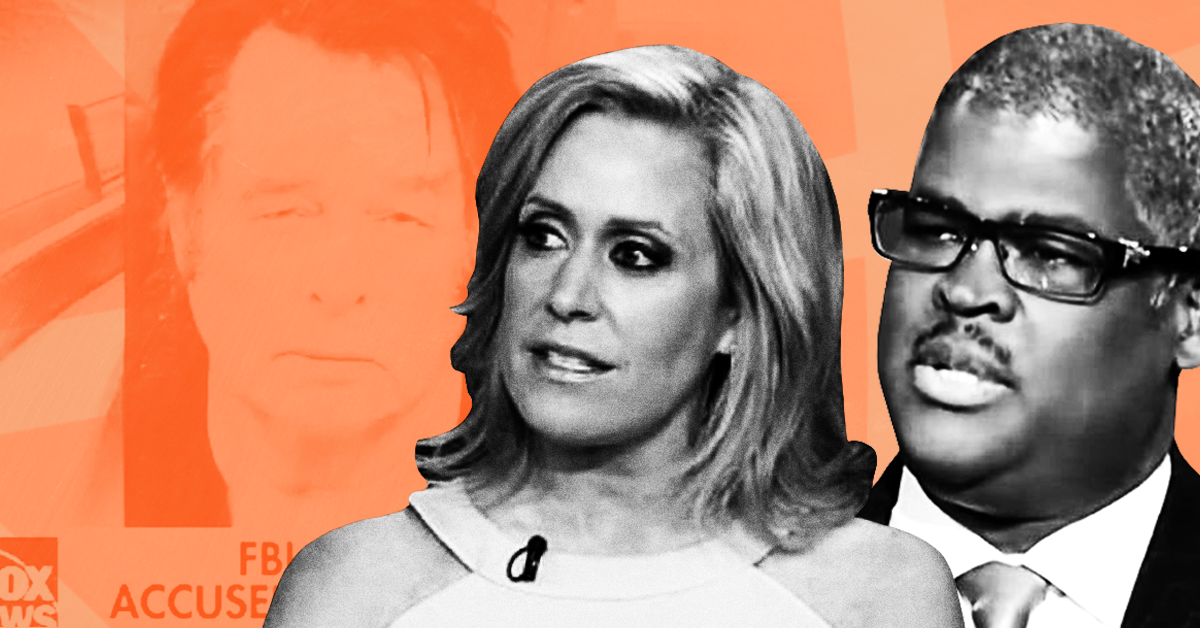 After a far-right militia received national notoriety over its detention of a large group of asylum seekers at gunpoint on the U.S.-Mexico border, Fox News segments on the incident credulously allowed the group to argue the legitimacy of its actions. Fox also mentioned a new way the group is fundraising after some payment processors said they would not work with the group.

The militia, United Constitutional Patriots (UCP), received widespread attention last week after it posted a video to its Facebook page showing group members armed with firearms detaining almost 300 migrants on the U.S. side of the southern border. The militiamen forced the migrants to halt their movement, a fact the American Civil Liberties Union says constitutes illegal kidnapping. It is not illegal to enter the U.S. to seek asylum -- in fact, U.S. law requires claims to be made from within U.S. borders or at a port of entry. In the video, at least one militia member also falsely identified himself as a member of U.S. Border Patrol, echoing a common tactic of the group in which members seek to give migrants they encounter the impression they are law enforcement officers.

On April 20, the FBI arrested UCP leader Larry Mitchell Hopkins on charges of possessing firearms and ammunition as a felon. Hopkins’ lengthy criminal record includes a conviction for impersonating a police officer. In charging documents, the FBI also noted that it received a tip in 2017 that the group was plotting to assassinate former President Barack Obama, former Democratic presidential nominee Hillary Clinton, and philanthropist George Soros.

Despite the group's criminal history, Fox News has treated its legitimacy as an open question. During an April 22 segment of Your World with Neil Cavuto discussing UCP, Fox News contributor and Fox Business host Charles Payne said, “Citizens that are taking up arms, trying to assist. … It's apparent to the world that we've got a crisis down there and they're trying to help out.”

My god. A right-wing militia group was kidnapping migrants and a Fox host summarized that as them just “trying to help out”

Payne: Citizens there taking up arms, trying to assist ... it's apparent to the world that we've got a crisis down there and they're trying to help out." pic.twitter.com/FwSCoEDVqg

Other segments on Fox News credulously promoted the group’s claims of legitimacy, with a Fox News correspondent noting UCP members “see themselves, as their group name suggests, as patriots, not vigilantes,” and Fox News’ Melissa Francis highlighting UCP’s claim that it has come under law enforcement scrutiny for “stopping illegals” due to “political pressure.”

An anchor on a Fox 'news side' show described the kidnappings as “stopping illegals after they cross the border” and highlighted the spox of the right-wing militia group claiming the arrest was simply due to “political pressure” pic.twitter.com/II6SLIbnHS

Other segments on Fox News have mentioned a new way the group is attempting to raise money after the notoriety of the viral migrant detention video caused the group to be kicked off of PayPal and GoFundMe.

Fox News has long shown sympathy to far-right armed groups. In 2014, Fox News personalities took the side of Cliven Bundy and his supporters, who were threatening violence against the government during an armed standoff sparked by a dispute over unpaid cattle grazing fees. Fox Business host Lou Dobbs was also a vocal supporter of the since-disbanded anti-immigrant vigilante Minuteman Project despite the obvious extremism of the group and its members. One of the founders of that group was later sentenced to death for murdering a 9-year-old girl and her father, while another group leader was later convicted of child molestation.