Fox News largely underreported the news of the first openly gay male athlete in major American sports, while one Fox News contributor resorted to mocking the player's decision to publicly identify as gay.

On April 29, NBA center Jason Collins became the first professional athlete in a major American sport to come out as gay, writing in a story for Sports Illustrated:

The announcement was a major development in the sports community following months of debate and speculation about if and when a male professional athlete in one of the major American sports would identify as gay.

Despite the significance of Collins' announcement, Fox News barely covered the story, dedicating less than ten minutes on April 29 to the story - significantly less time than coverage on CNN (48 minutes) and MSNBC (29 minutes) -  according to a Media Matters analysis: 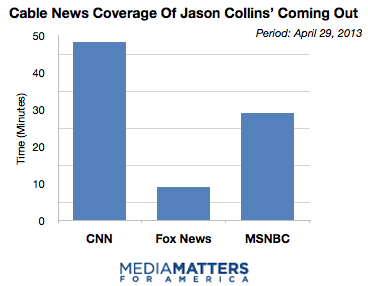 Fox's underreporting wasn't limited to its on-air coverage. While most major news websites prominently displayed Collins' announcement on their home page, the story barely earned a hyperlink on FoxNews.com: 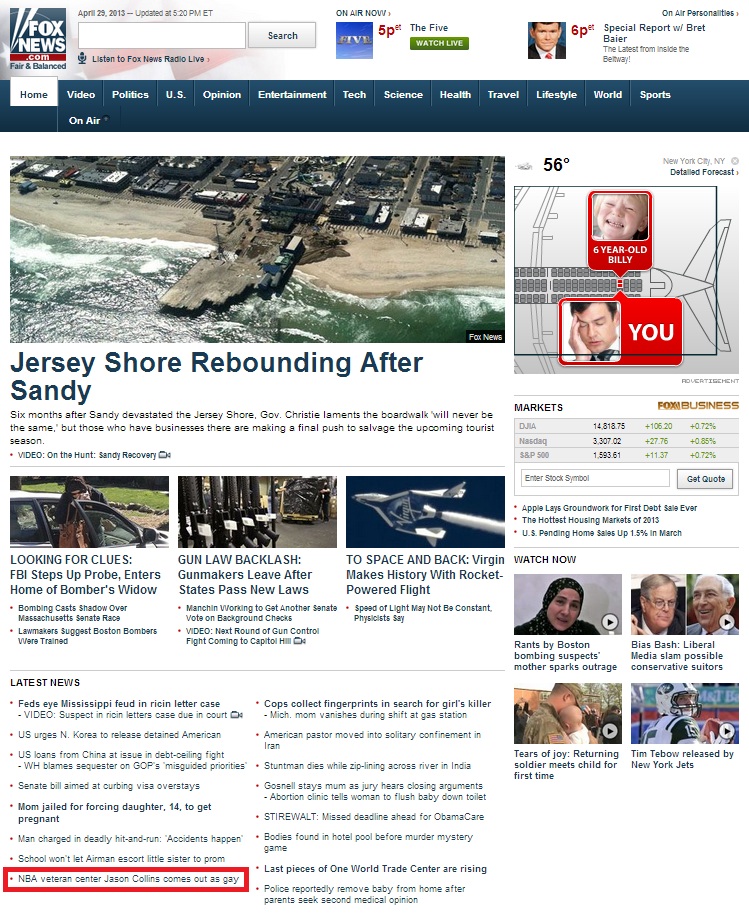 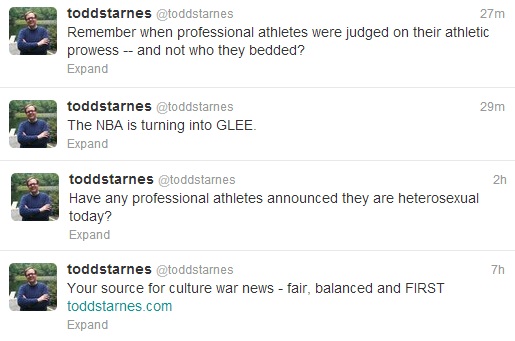 *Media Matters searched news transcripts provided by Snapstream for the terms “gay” and “Collins” on April 29. Reruns and teases for upcoming segments were excluded.