Update 3/27: This study has been updated to reflect appearances by the candidates on the March 27, 2016, Sunday shows. The New York Times' Jim Rutenberg reported in a March 20 column that Meet The Press host Chuck Todd says he “will no longer allow Mr. Trump to do prescheduled interviews by phone.”

ABC's This Week, CBS' Face the Nation, NBC's Meet the Press, Fox Broadcasting Co.'s Fox News Sunday, and CNN's State of the Union have conducted 423 total interviews of the 22 current and former presidential candidates since the start of 2015. The five candidates still in the running -- former Secretary of State Hillary Clinton, Texas Sen. Ted Cruz, Ohio Gov. John Kasich, Vermont Sen. Bernie Sanders, and Trump -- account for nearly half, or 209 interviews. Trump was first with 65 interviews, followed by Sanders in second with 58, then Kasich with 43, Cruz with 26, and Clinton with 17. 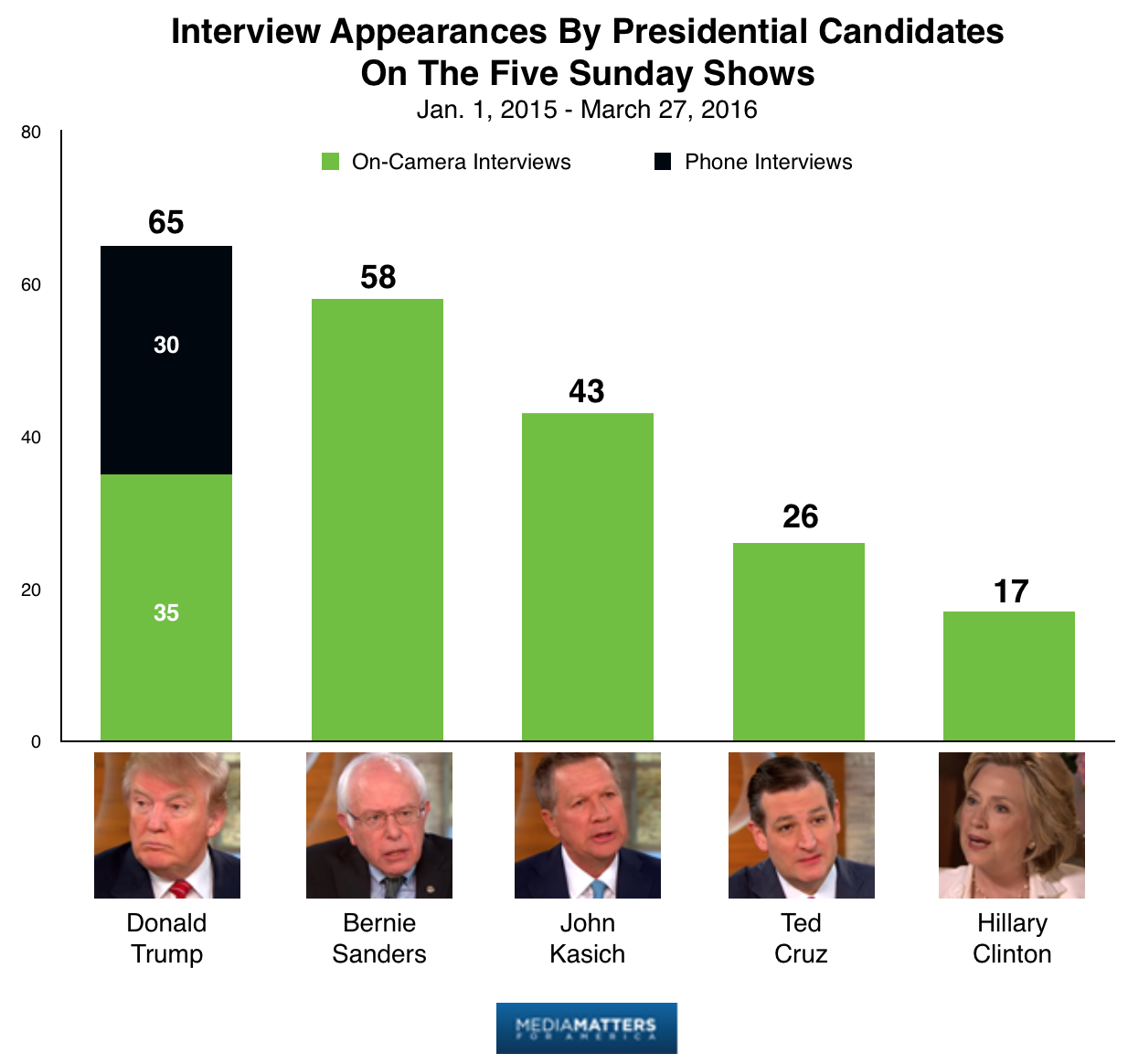 Outlets have recently come under heavy criticism for allowing Trump to call in for interviews. Baltimore Sun media critic David Zurawik told Media Matters that the phone format “really shifts control away from the interviewer.” NPR media reporter David Folkenflik called the phone interviews “a signal of the extent to which the television cable networks contort themselves to accommodate Trump because he is such an unpredictable and explosive figure.”

This Week has allowed Trump to call in for his interviews more than another other show -- 11 times total. Face the Nation followed with seven phone interviews, and Meet the Press and State of the Union have each conducted six such interviews with Trump. 23 of Trump's phone interviews were conducted during 2015 -- seven have happened this year.

Standing out from the other shows, Fox News Sunday did not interview Trump by phone. Host Chris Wallace explained why during an interview last August, saying, “The idea you would do a phoner with a presidential candidate where they have all the control and you have none, where you can't see them, they may have talking points in front of them. ... We are not a call-in radio show, we are a Sunday talk show and he is a presidential candidate -- do an interview on camera.” 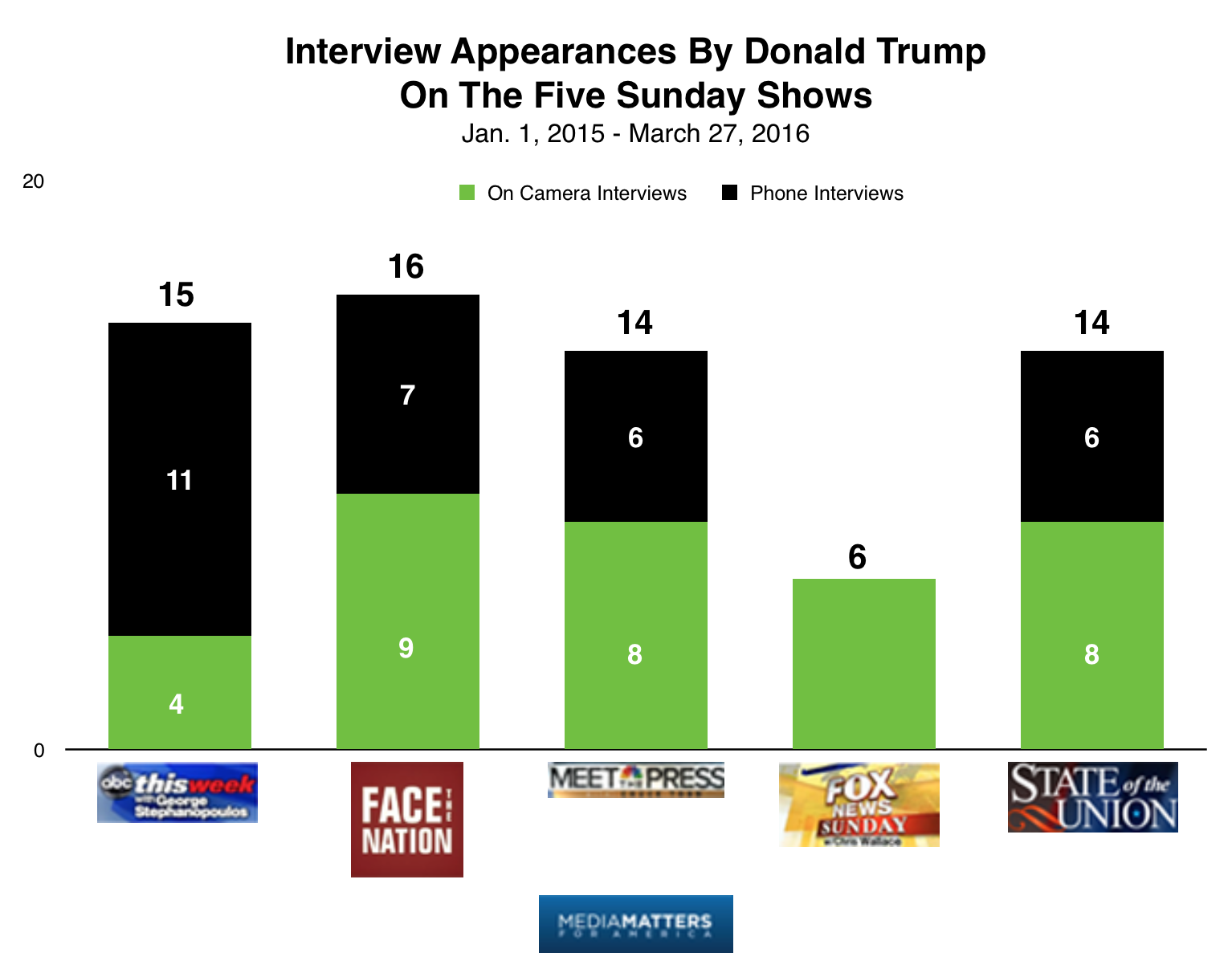 Media Matters has launched a petition asking news networks to end their practice of phone interviews with Trump.

Appearance numbers for all current and former candidates from the start of 2015 through March 27, 2016 (or whenever the candidate ended their campaign) are below:

When video was unavailable in iQ media, we checked the show's website. We also coded the five candidates still running for their parties' nominations for whether or not their interviews were conducted by phone. We counted interviews that occurred before a candidate officially announced, but we excluded any interviews after candidates end their campaigns.