A WND video blasting the “left-wing war on children” epitomized the central problem with conservative media's response to a new California law guaranteeing transgender students the right to use school facilities and participate in school programs that correspond to their gender identity. The five-minute video never once uses the word “transgender,” instead peddling   “bathroom panic”  horror stories. 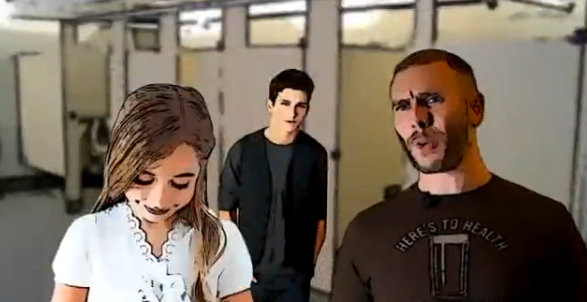 Finally, at K through 8 schools, middle school boys can now go into little girls' bathrooms. What could possibly go wrong? I think we all know what can - and will - go wrong.

Actually, there's no empirical evidence that things will “go wrong.” School districts with similar policies have reported no instances of misconduct and stated that the transgender protections have met with  “nothing but positive results.”

Right-wing media coverage of this story has, for the most part, either downplayed or completely ignored the high rates of bullying and violence experienced by transgender students. On Fox News, host Martha MacCallum asserted that transphobic bullying in schools is "not a big problem." Fox & Friends co-host Gretchen Carlson and Fox News contributor Michelle Malkin questioned whether stopping the harassment of transgender students should really be a priority for school teachers. Fox's Bill O'Reilly mocked the measure, calling it the "the biggest con in the world."

A May 2011 report from the National Center for Transgender Equality found that 82 percent of transgender respondents reported feeling unsafe at school, nearly 90 percent had experienced harassment from their peers, and 44 percent reported being “punched, kicked, or injured with a weapon on at least one occasion in the last year.”

But recognizing the reality of transphobic bullying doesn't fit into the conservative narrative about "social engineering run amok" in schools. To recognize the severity of abuse experienced by transgender youth would require admitting that right-wing (mis)understanding of gender and gender identity does real damage to a vulnerable population. For Mitchell and Fox News, it's much easier to pretend that the experiences of transgender people don't actually exist.