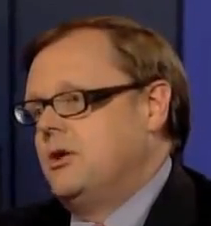 Fox News Radio reporter Todd Starnes hyped the story of a Utah National Guard technician who was reprimanded by his superiors after his anti-gay views became the source of repeated insubordination.

In a July 11 story for FoxNews.com, Starnes sensationalized the case of Tech. Sgt. Layne Wilson, who wrote an email in December protesting a same-sex wedding at West Point's Cadet Chapel. Wilson's email prompted the Air National Guard to reprimand him for “fail[ing] to render the proper respect to a commissioned officer.” Wilson - a noncommissioned officer - also had his reenlistment contract reduced from six years to one year.

Starnes - who has called military policies protecting gay soldiers a sign of “the end of days” - baselessly framed the story as a tale of stifling Wilson's religious freedom, rather than a stark case of insubordination. Disregarding longstanding military rules, Wilson condemned his superiors for allowing the ceremony to go ahead:

“This is wrong on so many levels,” Wilson wrote. “If they wanted to get married in a hotel that is one thing. Our base chapels are a place of worship and this is a mockery to God and our military core values. I have proudly served 27 years and this is a slap in the face to us who have put our lives on the line for this country. I hope sir that you will take appropriate action so this does not happen again.”

Starnes also quoted Wilson's 2011 statement opposing the repeal of the military's Don't Ask, Don't Tell (DADT) policy: “My issue is so much [sic] about homosexuals serving in the military, but rather that it is being forced upon as an acceptable lifestyle abandoning our traditional values,” he wrote.

“They're trying to make examples of people early on who have religious beliefs that homosexual conduct in the military is wrong,” [Wells] said. “When these people assert their First Amendment rights, they are getting slapped down and slapped down hard.”

Wells isn't alone in his fears.

Tony Perkins, president of the Family Research Council, said there is a clear and present danger to religious liberty within the military.

“Christians who choose to live out their faith find themselves incompatible with the secular view of this administration,” said Perkins. “We're establishing a beach head for religious liberty and the evidence points to a very deliberate attack.”

Starnes's insistence that Wilson's personal views are at issue in this case is simply wrong. Wilson was reprimanded for insubordination with regard to explicit military policy, not for holding anti-gay views. Any service member would be reprimanded for accusing his higher-ups of a “slap in the face” - no matter the issue.

The rabidly anti-gay Starnes failed to explain how military support for LGBT rights prevents people like Wilson from being able to hold anti-gay religious or political views. Indeed, studies of the effects of DADT's repeal confirm that it has not damaged military cohesion or readiness.

Starnes also didn't bother to explore how allowing individual anti-gay members of the military to chastise their superiors on gay issues might impact the readiness and cohesion of the nation's armed forces.