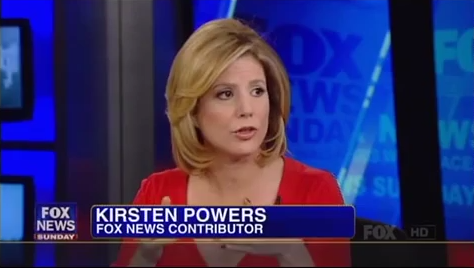 In a column for USA Today published on February 19, Powers blasted a Kansas bill that would have allowed businesses to refuse services to same-sex couples based on the owner's religious views. Since its passage by the state House of Representatives on February 12, the bill has been shelved by the Kansas Senate. Powers took issue with supporters of “homosexual Jim Crow laws” using Christianity to justify anti-gay bigotry - a common practice at Fox News (emphasis added):

Whether Christians have the legal right to discriminate should be a moot point because Christianity doesn't prohibit serving a gay couple getting married. Jesus calls his followers to be servants to all. Nor does the Bible call service to another an affirmation.

Christians serve unrepentant murderers through prison ministry. So why can't they provide a service for a same-sex marriage?

Some claim it's because marriage is so sacred. But double standards abound. Christian bakers don't interrogate wedding clients to make sure their behavior comports with the Bible. If they did, they'd be out of business. [Evangelical pastor Andy] Stanley said, “Jesus taught that if a person is divorced and gets remarried, it's adultery. So if (Christians) don't have a problem doing business with people getting remarried, why refuse to do business with gays and lesbians.”

Maybe they should just ask themselves, “What would Jesus do?” I think he'd bake the cake.

Powers' Fox colleague Erick Erickson made clear that he wasn't a fan of her column, tweeting a link to a blog post that criticized her position and called the right to refuse service essential to “the common good.” Erickson called the post “your must read of the day”: 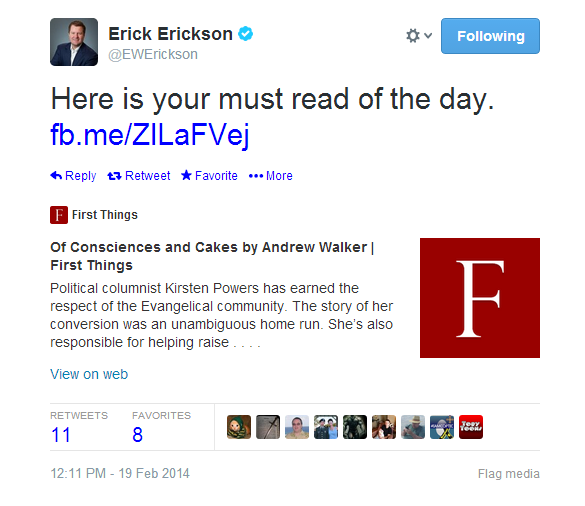 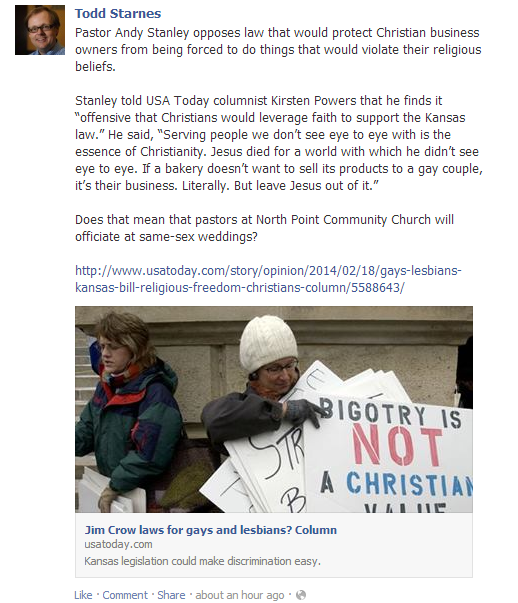 Erickson and Starnes' disagreement with Powers isn't surprising. In a December blog post denouncing the anti-discrimination case against a Colorado baker who refused to serve a same-sex couple, Erickson asserted that “evil” gay rights activists would use anti-discrimination laws to ban Christians “from the public square.” Starnes, meanwhile, has made a career for himself as Fox's resident mouthpiece for anti-LGBT hate groups and a rabid supporter of anti-gay discrimination.

Other Fox News employees have similarly defended the right of business owners to discriminate against gay customers. Covering a similar case involving an Oregon bakery, then-Fox & Friends co-host Gretchen Carlson asked in September whether the U.S. could still be a “free country” if LGBT people were protected from business discrimination. Meanwhile, Fox has attacked the federal Employment Non-Discrimination Act (ENDA) as a threat to religious liberty, ignoring its exemption for religious employers and suggesting, as host Brett Baier put it, that homosexuality is a “belief” that may run contrary to a company's goals.