In its July 15 coverage of the Senate Judiciary Committee's “first round” of questioning of Supreme Court nominee Sonia Sotomayor, Fox News devoted 55 minutes to questioning by Republicans while devoting only 30 minutes to Democrats' questioning, despite the fact that Democratic senators who asked questions on the second day of the “first round” outnumbered Republicans six to two. By contrast, MSNBC and CNN devoted more time to the Democrats, but not in proportion to their greater numbers. 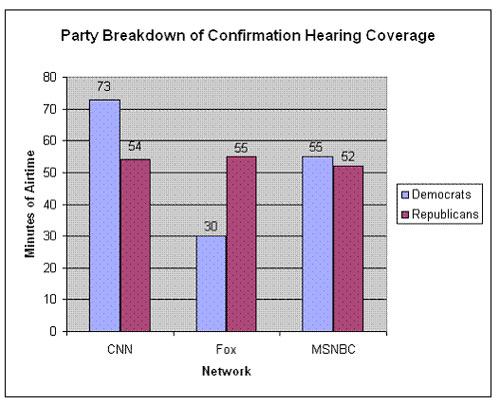