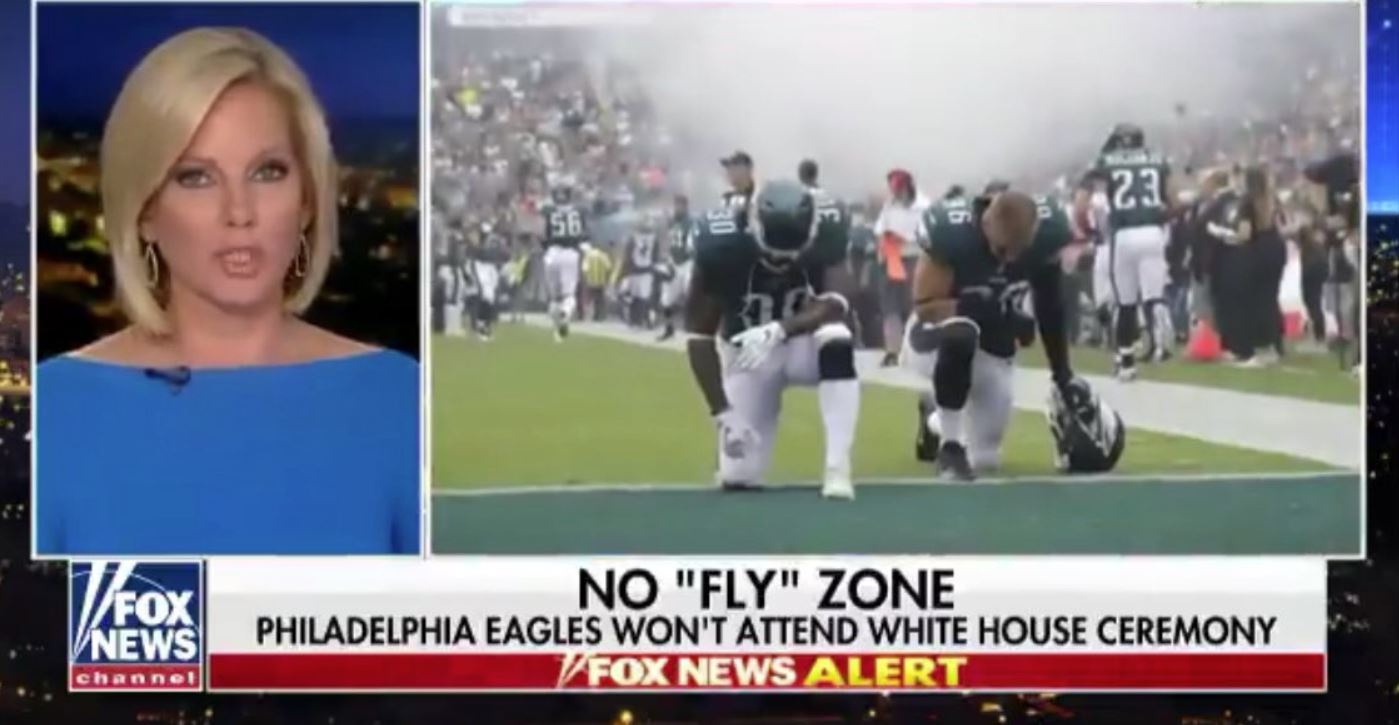 .@FoxNews apologizes for showing photos of @Eagles kneeling in prayer in their segment about the national anthem protests pic.twitter.com/2cN3LRUFRf

After President Donald Trump falsely implied that players of the Philadelphia Eagles protested during the national anthem, Fox News aired a segment that furthered Trump’s lie.

At 10:55 p.m. on June 4, Trump tweeted that a planned White House event with the Eagles was canceled, writing, “Staying in the Locker Room for the playing of our National Anthem is as disrespectful to our country as kneeling.” Shortly after, Fox News tweeted out a video clip from Fox News at Night with Shannon Bream that misleadingly showed Eagles players kneeling.

This can’t be serious.... Praying before games with my teammates, well before the anthem, is being used for your propaganda?! Just sad, I feel like you guys should have to be better than this... https://t.co/kYeyH2zXdK

Fact: No player on the Eagles took a knee during the national anthem during the 2017 regular season, post season or Super Bowl last season.

That is not what you might believe, however, reading the tweets of President Donald Trump or watching FOX News on Tuesday morning.

The majority of the pictures are players kneeling to pray prior to the game and not during the national anthem.

The Eagles have been one of the most outspoken teams in the league regarding protests during anthem, especially safety Malcolm Jenkins, who was not planning on attending the ceremony on Tuesday.

“There is so much that has been swirling around that administration,” safety Malcolm Jenkins said, “I don't see it as beneficial at this moment in time to visit in a celebratory fashion.”