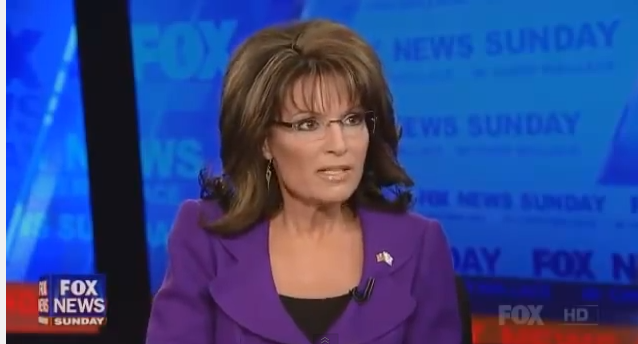 Referring to gay people as “homosexual” is a practice that's quickly falling out of favor with major news outlets due the term's often pejorative connotation and frequent use by opponents of LGBT equality. But Fox News has yet to update its language when referring to gay and lesbian people.

On March 23, The New York Times published a piece exploring the often derogatory connotation of the term “homosexual.” Writing for the Sunday Styles section, the Times' Jeremy Peters noted that experts increasingly view “homosexual” as an offensive and stigmatizing term, even if many people still see the term as relatively “innocuous” (emphasis added):

To most ears, it probably sounds inoffensive. A little outdated and clinical, perhaps, but innocuous enough: homosexual.

But that five-syllable word has never been more loaded, more deliberately used and, to the ears of many gays and lesbians, more pejorative.

" 'Homosexual' has the ring of 'colored' now, in the way your grandmother might have used that term, except that it hasn't been recuperated in the same way," said George Chauncey, a Yale professor of history and an author who studies gay and lesbian culture.

Consider the following phrases: homosexual community, homosexual activist, homosexual marriage. Substitute the word “gay” in any of those cases, and the terms suddenly become far less loaded, so that the ring of disapproval and judgment evaporates.

Some gay rights advocates have declared the term off limits. The Gay and Lesbian Alliance Against Defamation, or Glaad, has put “homosexual” on its list of offensive terms and in 2006 persuaded The Associated Press, whose stylebook is the widely used by many news organizations, to restrict use of the word.

George P. Lakoff, a professor of cognitive science and linguistics at the University of California, Berkeley, has looked at the way the term is used by those who try to portray gays and lesbians as deviant. What is most telling about substituting it for gay or lesbian are the images that homosexual tends to activate in the brain, he said.

Peters highlighted use of the term by anti-gay figures like Rush Limbaugh, whose comments on the “homosexual” NFL prospect Michael Sam and the efforts of the "homosexual lobby" to defeat Arizona's anti-gay discrimination bill smack of contempt.

Use of the term is also pervasive at Fox News - and not just from the likes of the network's hate group mouthpiece Todd Starnes, who recently warned that "Christians are trading places with homosexuals" in the military. Just as the network insists on misgendering transgender subjects, Fox also has no qualms about regularly referring to gay men and lesbians by a term many of them shun.

And Fox's Bill O'Reilly was recently mocked for a segment in which he attacked the Girl Scouts for “leaning left,” seizing in particular on the organization's employment of a spokesman who participated “in a punk rock band with homosexual overtones”:

Then there's the network's Fox Nation website. Far from merely promoting anti-gay policy positions, Fox Nation has repeatedly suggested that gay people are perverted “radicals” who want to recruit the nation's children to their “lifestyle.” (As Peters observed in his Times piece, that claim featured prominently in activist Anita Bryant's anti-gay crusade in the 1970s.)

In 2011, Fox Nation picked up a report in the right-wing Washington Times on efforts in U.S. government agencies to combat anti-gay harassment in the workplace. Fox Nation dubbed it “radical homosexual sensitivity training”: 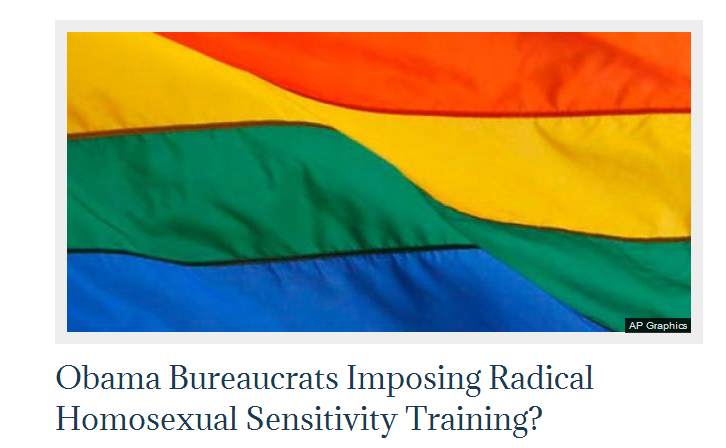 After President Obama endorsed a gay-inclusive Boy Scouts - which right-wing media depicted as a threat to Scouts' safety - Fox Nation reported that Obama had urged the Scouts "to welcome homosexuals":

Perhaps most offensive was Fox Nation's 2010 report on Home Depot's participation in the Southern Maine Pride Festival. The article asked whether Home Depot sought “to introduce children to the homosexual lifestyle” (the event featured children's booths) and only included the word “gay” in scare quotes:

The Times' piece laid bare the ugly connotations many gay men and lesbians detect in “the h-word,” which it's exceedingly difficult to argue is merely a neutral term to describe the gay community. A look at how Fox News has used the term - to otherize, pathologize, and and marginalize - makes clear why so many gays and lesbians find it offensive.