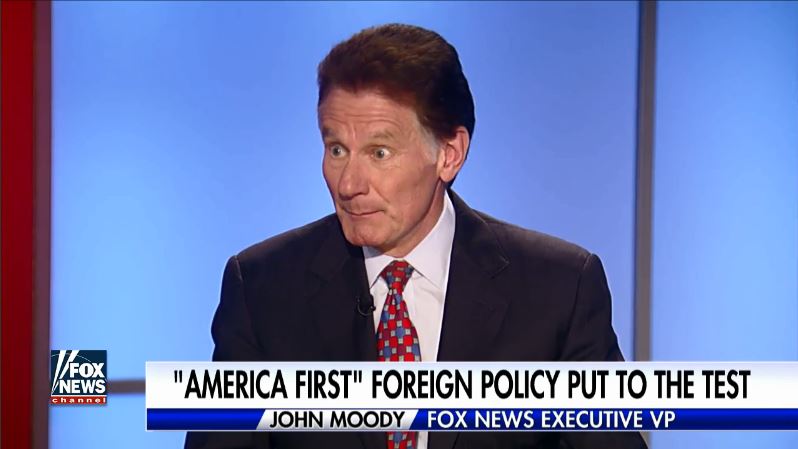 UPDATE: Fox News deleted Moody's op-ed on February 9, and released a statement saying it “does not reflect views or values of Fox News.”

Breaking: @FoxNews pulls https://t.co/uKtccQVARr column by exec vp John Moody, who wrote that U.S. Olympic team's motto should be “Darker, Gayer, Different...If your goal is to win medals, that won’t work.” FNC statement: Column ”does not reflect views or values of Fox News."

Fox News’ John Moody, who serves as the network’s executive vice president and an executive editor, criticized the diversity of Team USA in an op-ed a day before the 2018 Winter Olympics were scheduled to open in PyeongChang, South Korea.

Moody decried the strides Team USA has made toward diversity of its athletes in a February 7 op-ed published on FoxNews.com. Though this is Team USA’s most diverse delegation of athletes ever, as The Washington Post reported, the U.S. Olympic Committee still has a lot of progress to make: Out of 243 athletes, two men are openly gay, “10 are African American — 4 percent — and another 10 are Asian American. The rest, by and large, are white.” Moody suggested without basis that the focus on diversity may cost Team USA medals, and speculated that athletes were given spots on the team that they didn’t earn during their trials, because of their race. From Moody’s op-ed:

Unless it’s changed overnight, the motto of the Olympics, since 1894, has been “Faster, Higher, Stronger.” It appears the U.S. Olympic Committee would like to change that to “Darker, Gayer, Different.” If your goal is to win medals, that won’t work.

A USOC official was quoted this week expressing pride (what else?) about taking the most diverse U.S. squad ever to the Winter Olympics. That was followed by a, frankly, embarrassing laundry list of how many African-Americans, Asians and openly gay athletes are on this year’s U.S. team. No sport that we are aware of awards points – or medals – for skin color or sexual orientation.