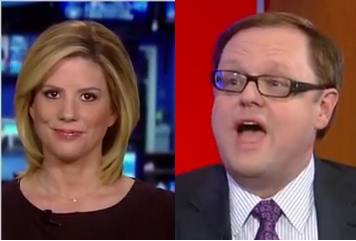 Fox News contributor Kirsten Powers and Fox News Radio reporter Todd Starnes continued their feud over Kansas' anti-gay segregation bill, with Powers calling Starnes out for “lying” in his criticism of her opposition to the measure.

The feud between Starnes and Powers began on February 19 with a USA Today column in which Powers challenged supporters of a Kansas bill which would have allowed businesses to refuse to serve gay and lesbian couples on religious grounds. “Christians backing this bill,” Powers charged, “are essentially arguing for homosexual Jim Crow laws.”  Powers' Fox colleagues Starnes and Erick Erickson swiftly criticized the column and defended the Kansas bill as an effort to protect religious liberty.

Starnes reignited the feud with a February 20 tweet alleging that Powers - an evangelical Christian who quoted religious opponents of the Kansas bill in her column -- showed an ignorance of Christianity: 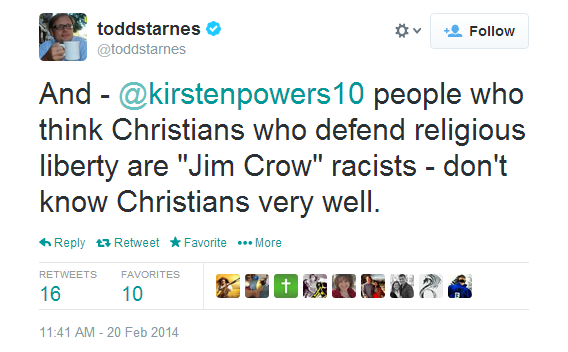 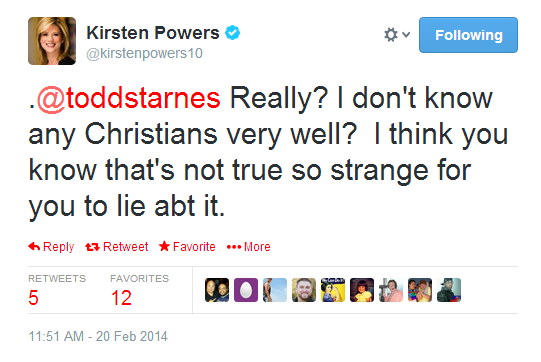 Starnes continued to take umbrage at the comparison between Jim Crow laws and “license to discriminate” legislation, charging Powers with “smearing people” who supported the legislation and accusing his critics of “playing the race card”: 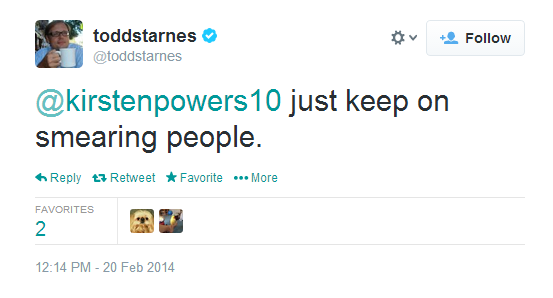 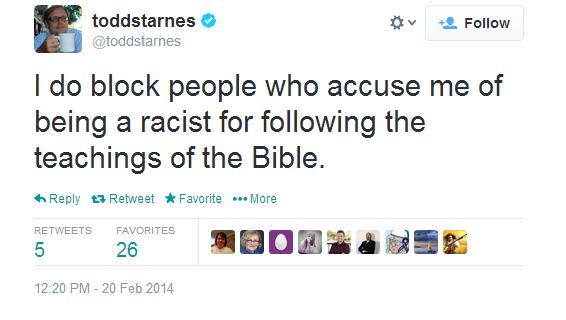 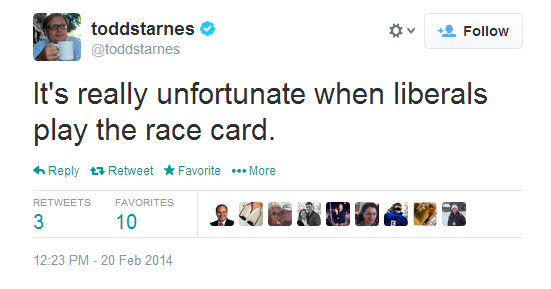 Powers also responded to critics who claimed that being gay is a choice, calling the claim “an ignorant thing to say”: 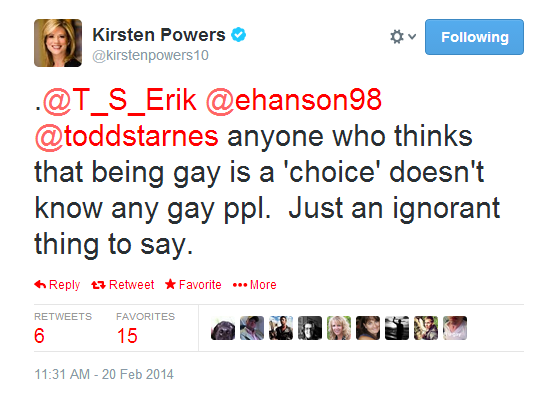 While the Kansas House of Representatives passed the anti-gay segregation bill on February 12, the GOP-dominated State Senate has shelved the bill, with even Senate President Susan Wagle, a staunch social conservative, saying the legislation went too far. But at Fox, which regularly conflates homophobia and Christianity, figures like Starnes and Erickson have no such qualms. Other Fox personalities like correspondent Shannon Bream are also frequent defenders of anti-gay business discrimination.

Given Starnes' record of anti-gay extremism, Powers took comfort in knowing that he wasn't a fan of her recent column: 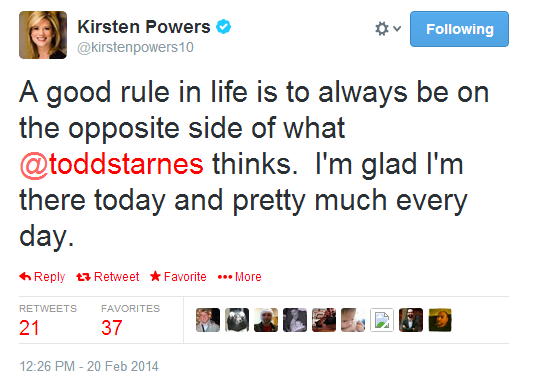