Fox Nation used a degrading image from the movie “Mrs. Doubtfire” to accompany a story about transgender healthcare, adding to the website's long history of using offensive images to mock and demonize transgender people.

On January 13, Fox Nation posted a Newsmax.com article describing new regulations in California and Oregon that require insurance companies to cover medically necessary treatments for transgender patients if they also cover those treatments for patients who aren't transgender. 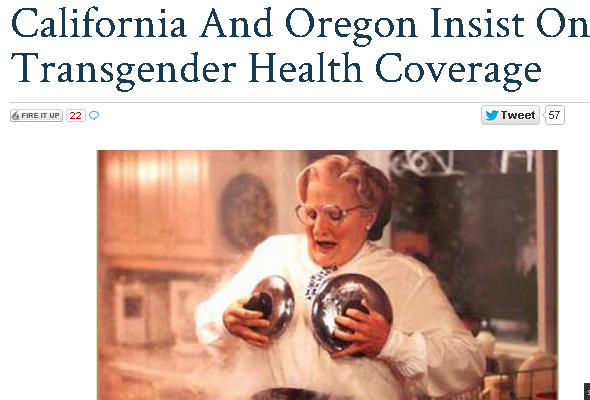 In response, the LGBT equality group Basic Rights Oregon launched a petition to end Fox's dehumanizing treatment of transgender people. By the morning of January 15, the image had been taken down and replaced with an image of a stethoscope: 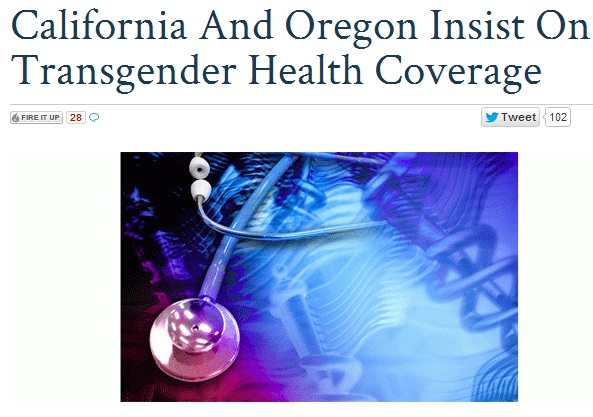 Fox Nation has a history of using inflammatory and insulting images to degrade transgender people.