A trend that has been noticed far too often here at Media Matters is this: if Fox News wants to spin a certain aspect of a story to fit their conservative agenda, they'll do it any way they know how. Their blog, Fox Nation, seems to exist solely to do just that.

On June 25, an article appeared in the Los Angeles Times about a call by human rights groups, including the ACLU and Amnesty International, to investigate fatal shootings of various people who threw rocks and nail-studded boards at U.S. Border Patrol agents. The headline, as it appeared in the Times, read: 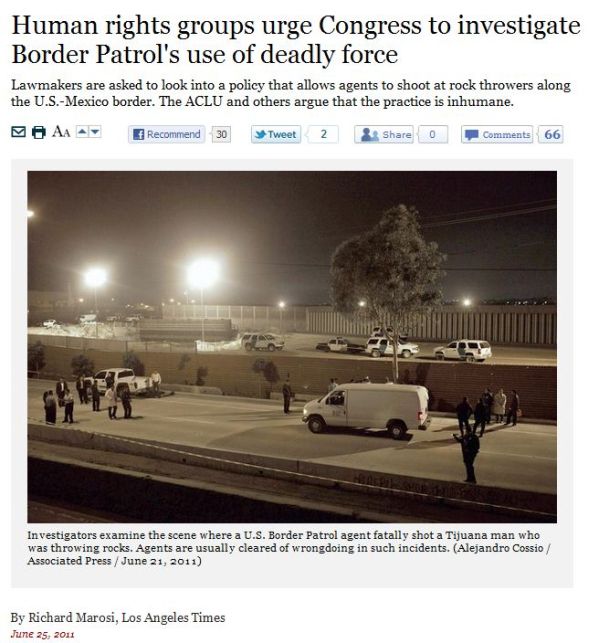 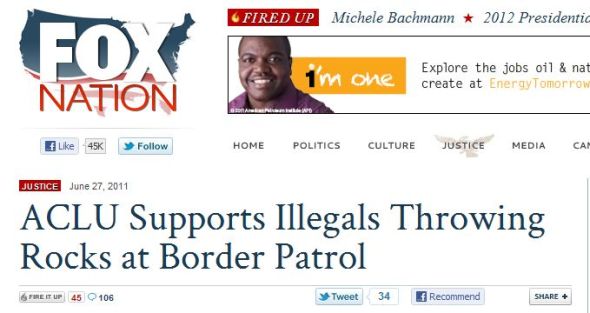 Here, Fox Nation clearly manipulates the headline of the Times article in order to do two things, both of which are big talking points on the Fox News agenda: attack the ACLU, and use the blatantly offensive term “illegals” to describe the attackers in question who threw the rocks.

They do this constantly at Fox Nation. That is not an exaggeration. Observe: