In addition to promoting and embracing Donald Trump's birtherism, Fox Nation today is promoting Trump's claims that President Obama may be a Muslim. 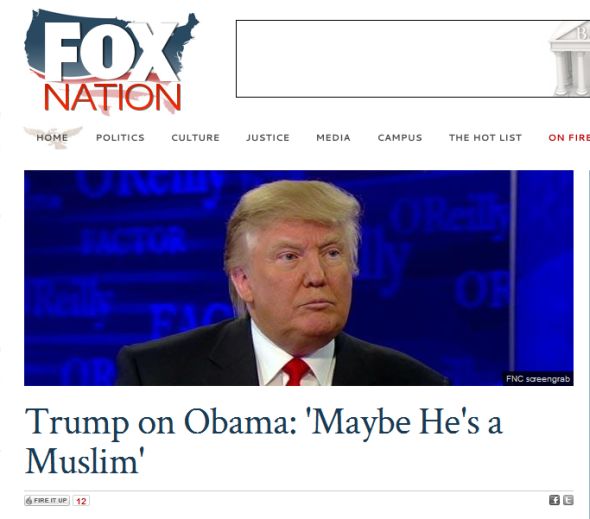 This is just the latest in a long line of attempts by Fox News to cast doubt on whether Obama is a Christian as he says and suggest that he is actually a Muslim.