In response to President Obama's declaration of support for marriage equality this afternoon, Fox Nation ran the following headline: 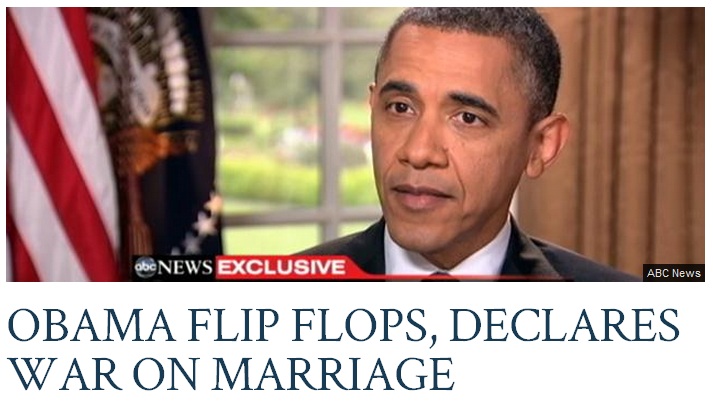 Update: Within an hour of posting its original headline, Fox Nation removed the “war on marriage” language from its post: