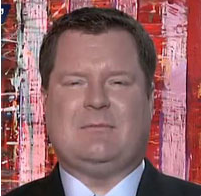 Fox News contributor Erick Erickson celebrated the extremist Alliance Defending Freedom's (ADF) “brave” - albeit unsuccessful - effort to allow a New Mexico photographer to discriminate against gay clients. Erickson called on readers of his RedState blog to join him in donating money to ADF, which is currently spearheading the effort to criminalize homosexuality in Belize.

In an August 22 post for RedState, Erickson lauded ADF's “lone and brave warriors” combatting the "[e]vil" campaign for LGBT equality:

A small band of gay rights activists will not stop on the one way street of tolerance. My friends, whether you want to believe or not, you will be made to care. New Mexico shows again that gay marriage and religious freedom are incompatible. You will not be allowed to opt out.

There is one organization at the forefront of this. That is the Alliance Defending Freedom. They represented Mrs. Huguenin and are considering appealing to the United States Supreme Court. They need our financial help to keep this going. I've given them a financial contribution and I hope you will to [sic]. They are lone and brave warriors in this fight against the left. They need every penny they can get.

Evil preaches tolerance until it is dominant, then seeks to silence good. We must fund the fight for Truth and Light.

The Southern Poverty Law Center (SPLC) reported in July that ADF has supplied lawyers to Belize to defend that country's criminal statute making “carnal intercourse against the order of nature” punishable by 10 years in prison. SPLC noted that ADF engages in such international work because the group fears “winning a domestic battle while potentially - in time - losing the world.”

Besides its international ventures, ADF specializes in promoting fringe anti-gay claims in the U.S., including:

What could happen is “somebody would come and say, 'We want to use your church for a same-sex wedding ceremony,' and the church would say, 'Wait, we have a religious belief against that,'” said Erik Stanley, an alliance lawyer and Eagle Scout.

In Erickson's mind, these sham legal crusades and fringe arguments represent nothing less than “the fight for Truth and Light.”

UPDATE: Erickson responded by doubling down on his support for the ADF, stoking fears that criticism of the organization might cause “some nut with a gun” to attempt to “kill the Christians there”:

Media Matters and the Southern Poverty Law Center are in a full on attack against the Alliance Defending Freedom.

It may be only a matter of time before some nut with a gun shows up to kill the Christians there, just like that guy tried to do at the Family Research Council. That guy was inspired by the Southern Poverty Law Center.

The Alliance Defending Freedom needs your help. They are on the front lines fighting back against leftwing groups trying to force the religious into submitting to secular hedonism.

I have donated. You need to donate too. The Alliance Defending Freedom needs the money to continue the Elane Photography case to the Supreme Court and keep up the fight around the country. But as the left zeros in on them, as we have seen with the FRC, their very lives could be in jeopardy.

We need to pray for them, but we need to give them money too. I have. Will you?