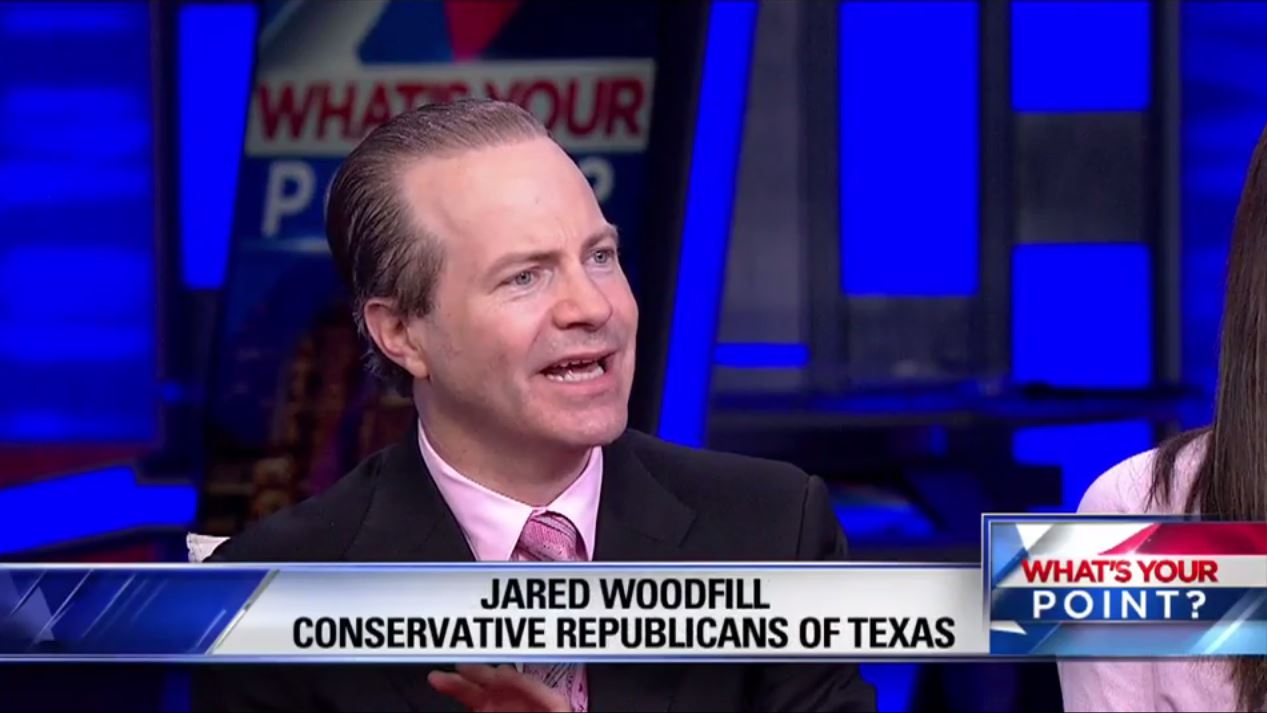 Between May 29 and June 7, Fox 26 in Houston, TX, hosted anti-LGBTQ hate group representative Jared Woodfill seven times as a panelist to comment on local and national issues. Woodfill used three of his appearances to push for an extreme anti-transgender bathroom ban that his hate group has been lobbying to pass for over a year.

In the 10 days starting when the Texas legislature officially adjourned on May 29, Woodfill, president of the Conservative Republicans of Texas (CRT), was a panelist on Fox 26’s What’s Your Point seven times: On May 29, May 30, May 31, June 1, June 5, June 6, and June 7. Fox 26 is part of a network of Fox News-owned and operated local stations.

In three out of his seven appearances, Woodfill advocated for Texas to pass Senate Bill 6 (SB 6) during a special session of the legislature. SB 6 is an extreme anti-transgender bathroom ban that would prevent transgender people from using public facilities that align with their gender identity -- including students in public schools. On June 6, Gov. Greg Abbott called for a special session of the state legislature beginning on July 18. In a press conference announcing the special session, Abbott said, “We need a law that protects the privacy of our children in our public schools.” In his June 6 appearance on What’s Your Point after Abbott’s announcement, Woodfill called Abbott’s decision a “big win”:

While not mentioned in any of his appearances on Fox 26, Woodfill’s CRT has been designated an anti-LGBTQ hate group by the Southern Poverty Law Center since 2016 for peddling extreme, demonizing lies about LGBTQ people. For example, in a March 15 press release, CRT called transgender women “perverted men and boys” and claimed that the “homosexual movement wants to use the power of law to force individuals, churches, schools, businesses and private organizations to accept, affirm and celebrate those individuals who promote and practice deviant and perverse sexual activity, starting with children in grade school.”

Woodfill previously helped lead a years-long campaign against the Houston Equal Rights Ordinance (HERO). In 2015, Woodfill helped to successfully defeat HERO -- a comprehensive nondiscrimination ordinance protecting discrimination against people based on 15 different characteristics -- by peddling the debunked “bathroom predator” myth. Using the tag line “no men in women’s bathrooms,” Woodfill and others effectively fearmongered that sexual predators would exploit the ordinance to sneak into women's restrooms by pretending to be transgender.

Woodfill and other anti-LGBTQ activists owed their success in part to lazy, uncritical reporting from local outlets, which helped misrepresent HERO and failed to debunk the “bathroom predator” myth. Fox 26’s reporting was particularly egregious, standing out for its unique and aggressive peddling of the “bathroom predator” myth and inaccurate criticism of HERO supporters. That kind of dishonest reporting was likely part of the reason that Woodfill regularly included clips of Fox 26's reporting in his messages to supporters.

Now, Woodfill can just send out footage of himself on Fox 26 -- and that’s exactly what he’s done. On June 6, Woodfill posted his Fox 26 appearance from that day to CRT’s news website with the headline “Fox26Houston TV, Jared Woodfill defends Governor Abbott’s call for a special session to include SB 6, ‘No men in women’s bathrooms.’” Woodfill plugged that exact phrase on a May 29 appearance on Fox 26, essentially using the local Houston station as a platform to push his hate group’s slogan: