Former Environmental Protection Agency chief Scott Pruitt had a cozy relationship with Fox News and with President Donald Trump's favorite show on the network, Fox & Friends, as Media Matters documented over the last year. Now, thanks to The Daily Beast, we learn that the relationship was even cozier than we thought.

In a November 27 article, Daily Beast reporter Maxwell Tani broke the news that Pruitt and his team got to choose the topics that would be addressed during his appearances on Fox & Friends, were fed questions in advance, and, in at least one instance, got to approve part of the show's script.

Now it makes all the more sense that Pruitt heavily favored Fox News over other networks. A Media Matters analysis of his first year in office found that he appeared on Fox more than twice as often as he appeared on other major cable and broadcast networks combined. 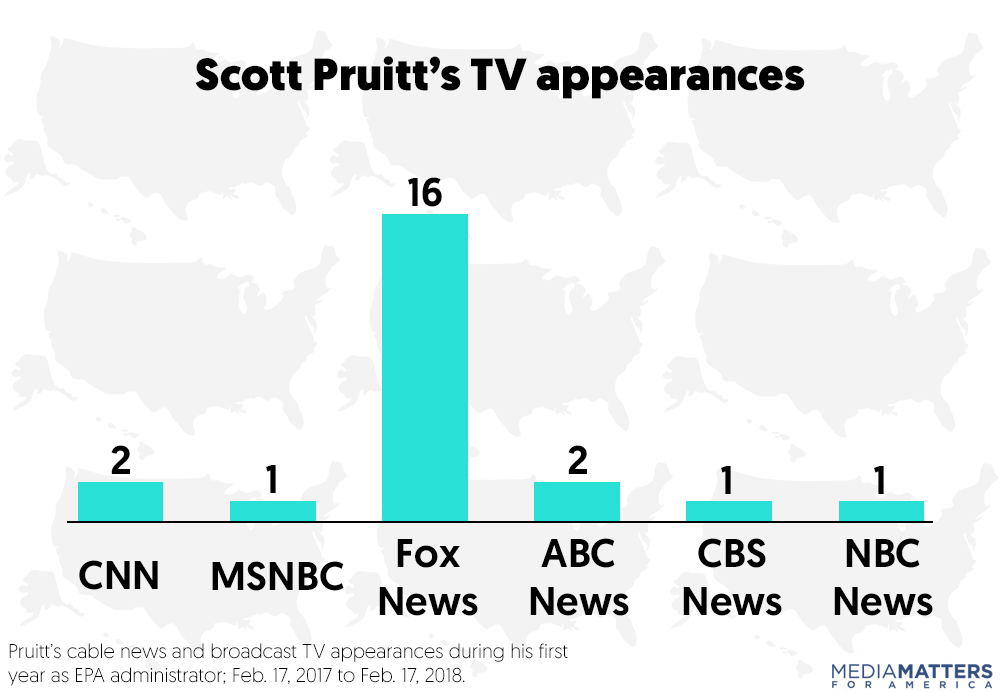 And Pruitt appeared on Fox & Friends more than on any other Fox show: 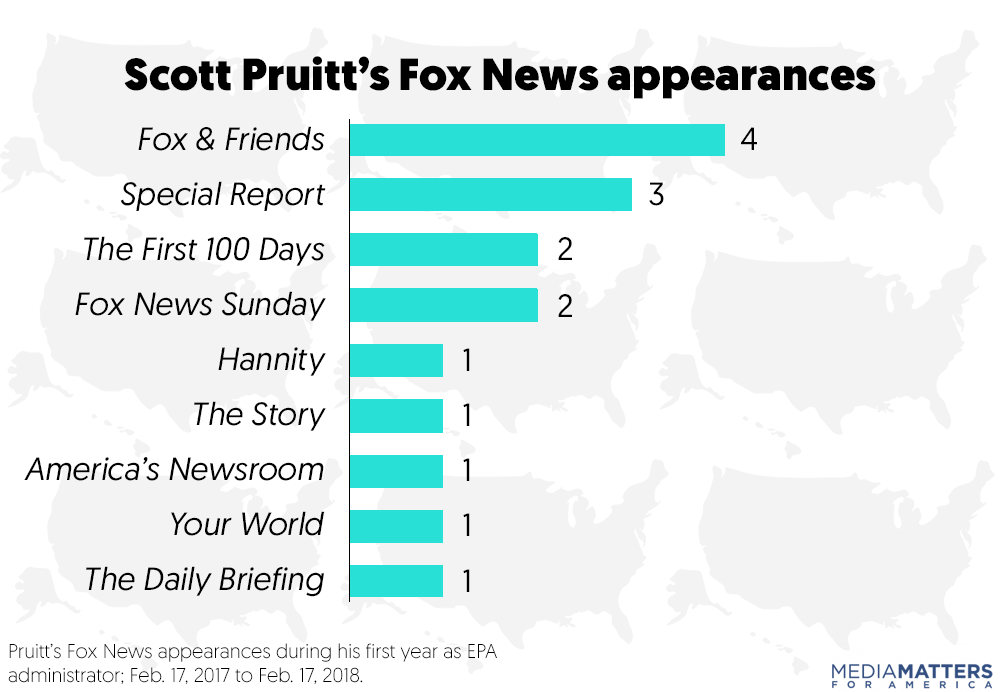 “In multiple interviews on Fox & Friends, Pruitt was essentially allowed to dictate the terms for the interview and avoid any difficult questions,” The Daily Beast reported. For example, Fox producers and Pruitt's team had extensive back-and-forth ahead of a May 2017 interview. When the interview happened, instead of asking Pruitt tough questions about his many scandals or his controversial rollbacks of environmental protections, the hosts queued him up to spout propaganda about his work on the Superfund toxic-waste cleanup program:

Fox & Friends also spent very little time discussing Pruitt's many scandals, even while other news outlets were covering them heavily.

Ryan Zinke has a heavy preference for Fox & Friends, too 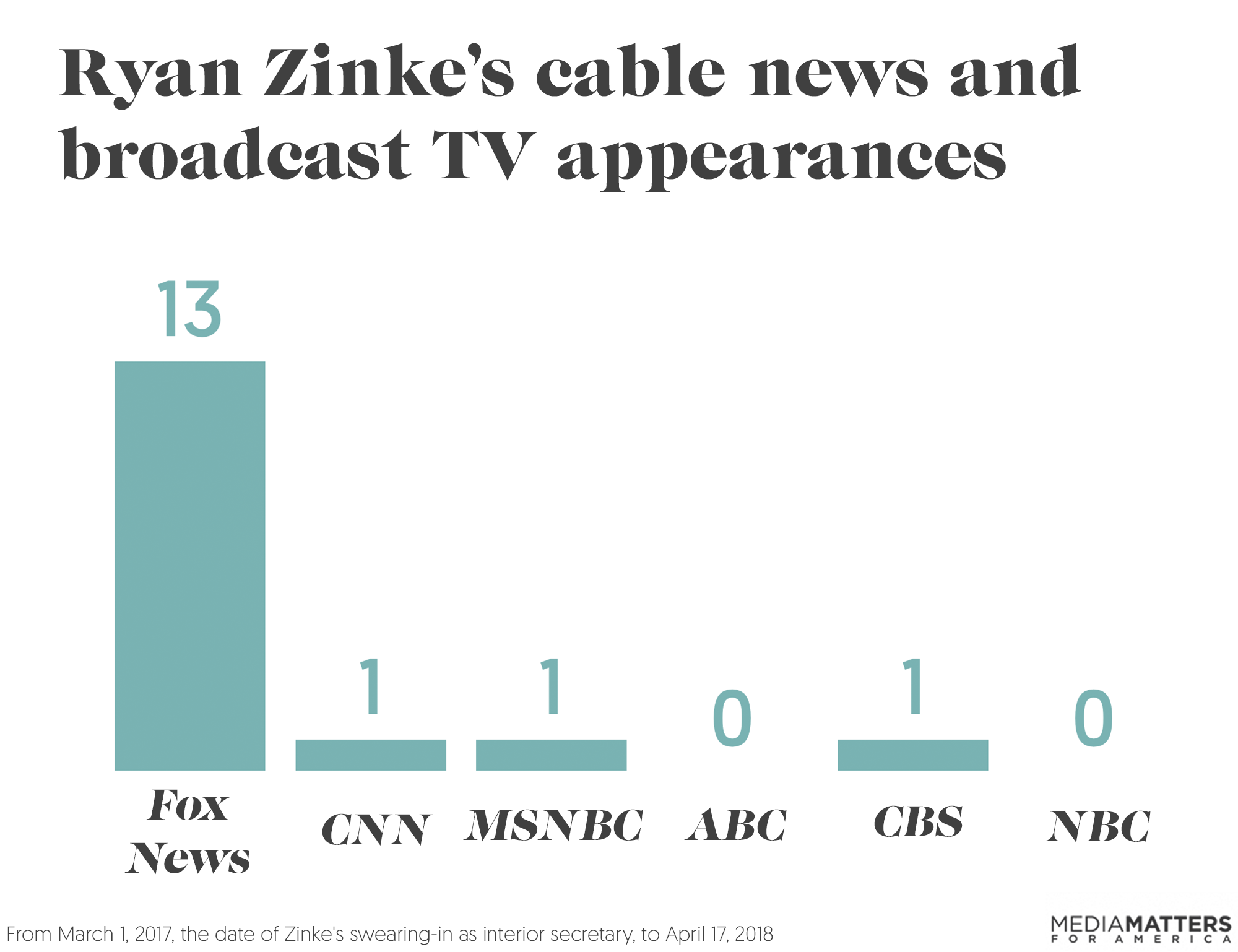 Zinke also prefers Fox & Friends, having appeared on it three times more often than any other Fox program during his first 13 months in office: 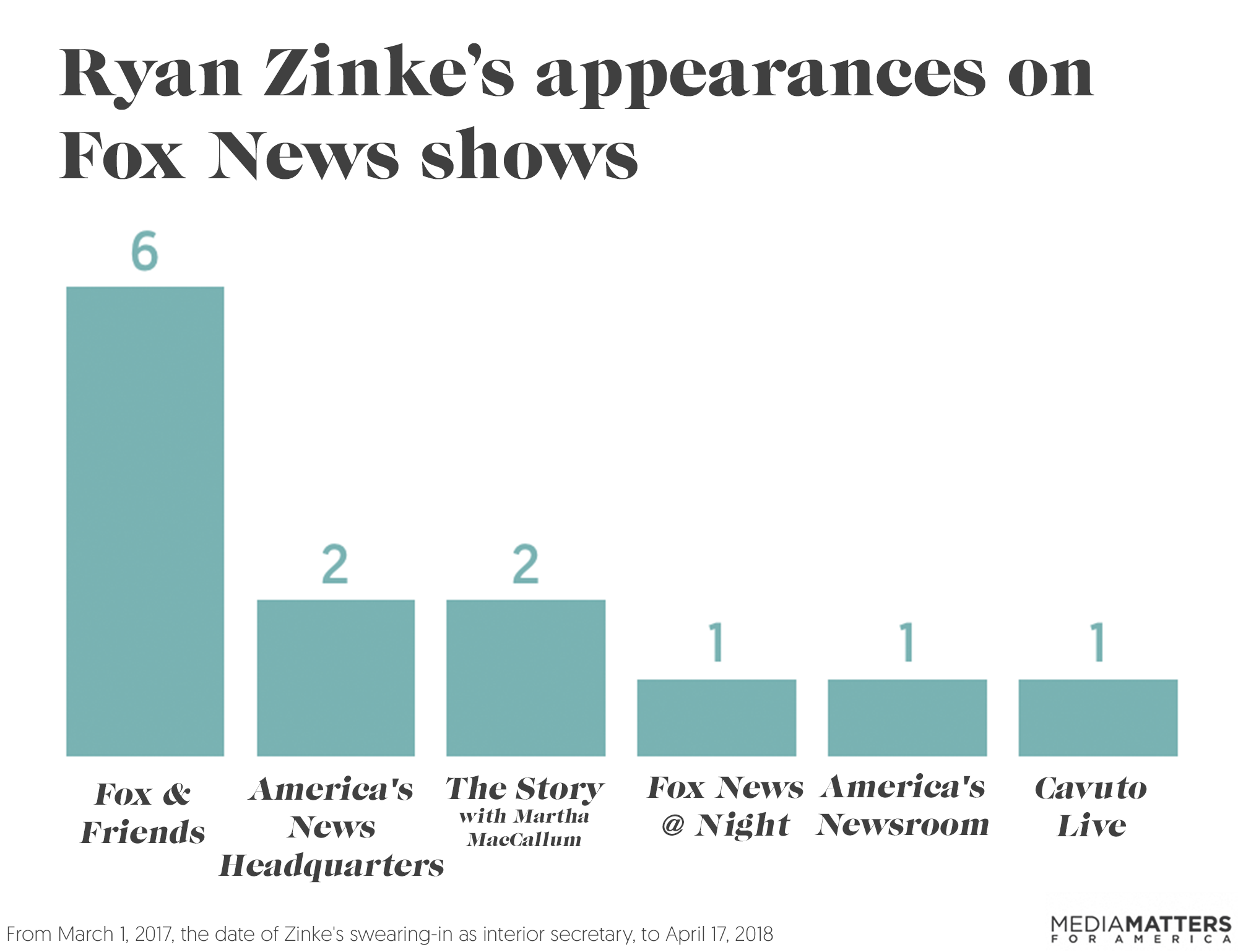 Politico reported earlier this month that Zinke has even been trying to get himself a gig on Fox News.

If Fox & Friends fed Pruitt questions in advance and let him set the terms for his interviews, the show's producers could be doing the same for other Trump appointees and surrogates. Fox News told The Daily Beast, “This is not standard practice whatsoever and the matter is being addressed internally with those involved.” And Fox later said that it was disciplining employees over the incidents, but the network would not say who was being disciplined or what that discipline involved, The Associated Press reported.

As Media Matters' John Whitehouse points out, “there is absolutely no reason to trust any internal investigation or disciplinary process at Fox News.” Past instances of journalistic malpractice at Fox have gone unpunished, and questionable practices have gone unchanged.