Fox Business host Stuart Varney appeared on Fox & Friends to hype economic growth under the Trump administration, claiming “wages are rising 25 percent faster under President Trump than they did under President Obama.”

From the July 31 edition of Fox News’ Fox & Friends:

STUART VARNEY (FOX BUSINESS NETWORK): The expansion of the economy coincided right at the time when we got the tax cuts, right at the time after we got deregulation. It pumped up the economy, and what you’ve got now is, essentially, tax cuts taking effect. Unemployment came down. Worker bonuses reached the highest levels ever, and the [Congressional Budget Office], the congressional bean counters basically, they say that wages are rising 25 percent faster under President Trump than they did under President Obama.

But, according to the Center for American Progress, while nominal wage growth has ticked up slightly, “workers’ wages are flat or even slightly down, in real terms, over the last year” because “inflation has picked up more than wage growth.” Moreover, despite Varney’s claims that the Republican tax cuts “pumped up the economy,” according to the Center for American Progress, “real wages are flat or slightly down since the tax bill passed.”

Furthermore, the Federal Reserve Bank of Atlanta’s wage growth tracker showed that wages are in fact growing at a slower rate than they were in November 2016 under President Obama. 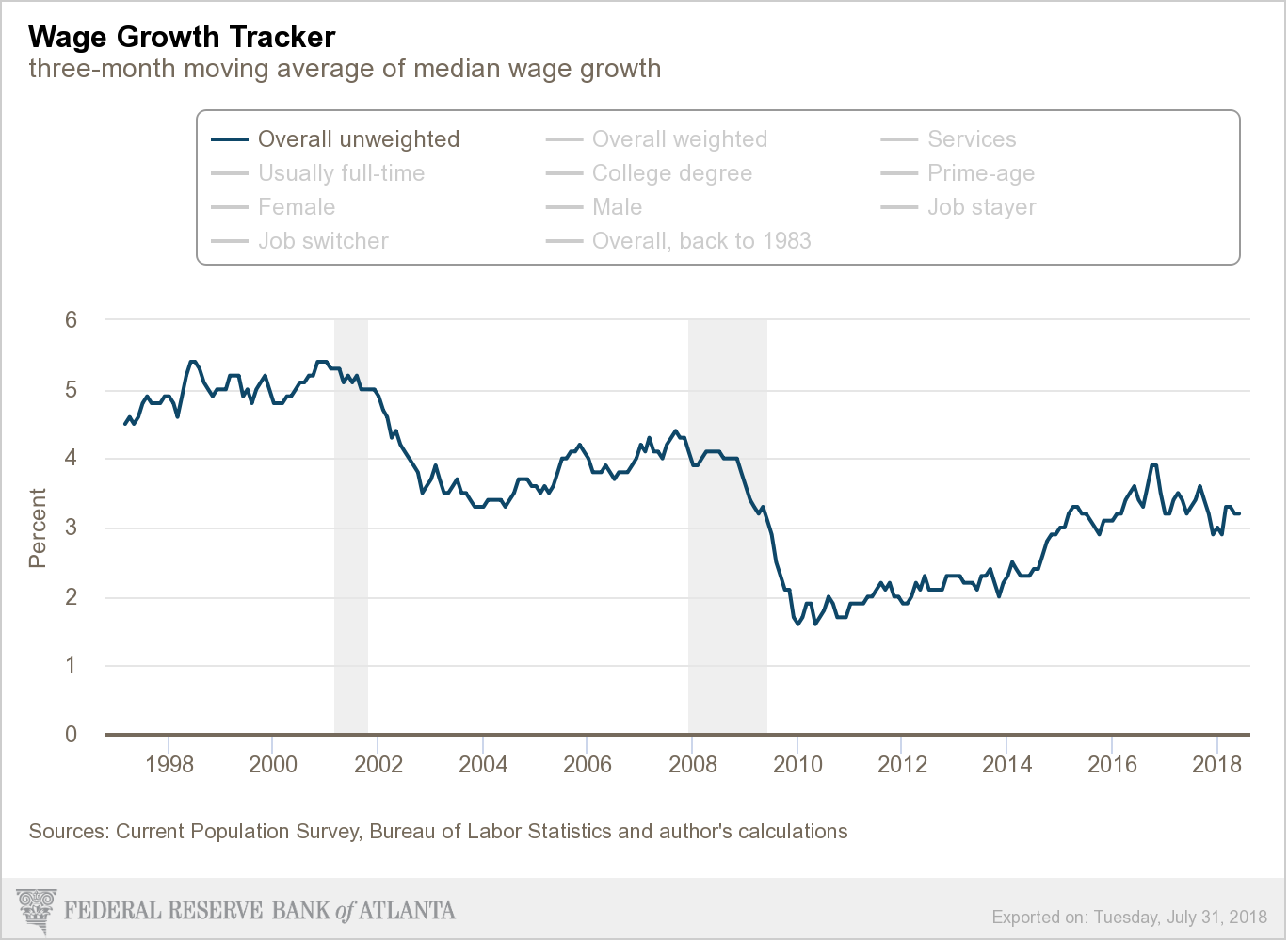