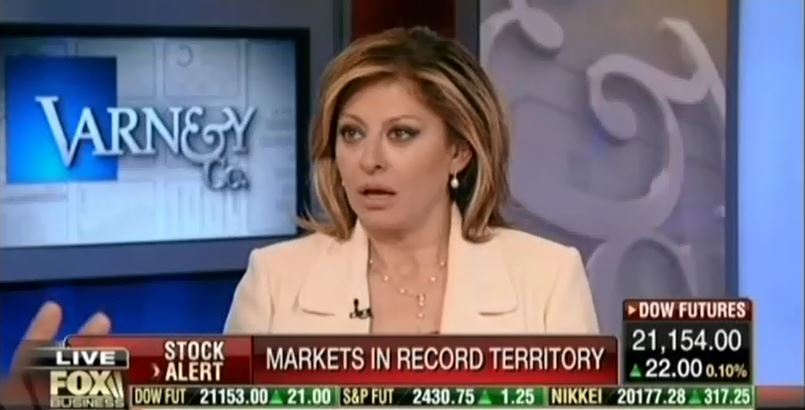 Fox News used the Bureau of Labor Statistics’ (BLS) underwhelming jobs report for the month of May as proof that Congress needs to pass President Donald Trump’s trickle-down economic agenda that, in reality, would strip working- and middle-class Americans of basic public services and hand top income earners a gigantic tax cut.

On June 2, BLS released its jobs report for May 2017, which estimated the United States added 138,000 new jobs last month while the unemployment rate fell slightly to 4.3 percent. The jobs number fell below economists’ expectations and The Washington Post declared that the report showed that the “job market stumble[d]” last month. While the number of new jobs reported was weaker than expected, The New York Times noted the overall health of the economy was still strong enough for the Federal Reserve to possibly raise interest rates and pointed out that wage growth was up 2.5 percent from this time last year.

In response to this news, Fox pushed the absurd claim that the report is proof that big business needs Congress to pass Trump’s economic agenda of tax cuts and gutting consumer protections to stoke further economic growth and job creation. During the June 2 edition of Fox News’ Fox & Friends, guest Steve Hilton, host of The Next Revolution, used the jobs report to claim the U.S. was in a “jobs crisis” and needed Trump’s economic agenda to be enacted. On Fox Business’ Varney & Co., host Stuart Varney described the jobs number as “lousy” and “disappointing” while correspondent Ashley Webster claimed the jobs number shows the American economy is “in a holding patterning” that is “waiting on Washington” to act. Fellow Fox Business host Maria Bartiromo added that “what this jobs number tells us is that business is still cautious” and companies are “sitting on cash” because they are “strangled by all of the regulatory environment” and waiting for Congress to pass Trump’s agenda:

In reality, Trump’s economic agenda has been described as a “repugnant grab bag” of tax cuts for top-income earners that guts funds for Medicaid, children’s health insurance, food assistance, medical research, disease prevention funding, disability insurance, and even college student financial aid while watering down consumer protections to give Wall Street investors a $100 billion windfall. Trump’s budget proposal to slash funding for vital health assistance programs has been described as “ruthless” and would exact a huge human cost from those who lose access to care.

Far from being a jobs savior, Trump’s economic agenda has faced heavy criticism from economists for relying on “voodoo” economic theories that falsely claim tax cuts will lead to economic growth. Research from the nonpartisan Congressional Research Service and Brookings Institution have found no link between tax cuts and economic growth. Economist Jason Furman has also slammed Trump’s tax cut agenda for proposing to add trillions of dollars to the federal debt in ways that could hamper economic growth. Trump’s tax proposals have been blasted by economists and experts across the political spectrum, who have argued that his restrictive approach to international trade and immigration, if enacted, may actually dampen economic activity. Even Trump’s proposals to reduce supposedly burdensome regulations in the financial industry fly in the face of facts -- Trump has proposed dismantling the Dodd-Frank Act, but the Government Accountability Office concluded in 2016 that Dodd-Frank protections have “contributed to the overall growth and stability in the U.S. economy.”

Fox figures have attempted to use the monthly jobs report to advance the president’s agenda since he first took office. Fox used the reports to claim unearned victories for the president, and even once used a jobs report described as “weak” to declare it was “the most successful day” of Trump’s presidency. Last month, a Fox Business panel attempted to spin the April jobs report as a reason to pursue Trump’s tax and regulatory policies with no evidence to back up its claims. Next month will likely produce more of the same.