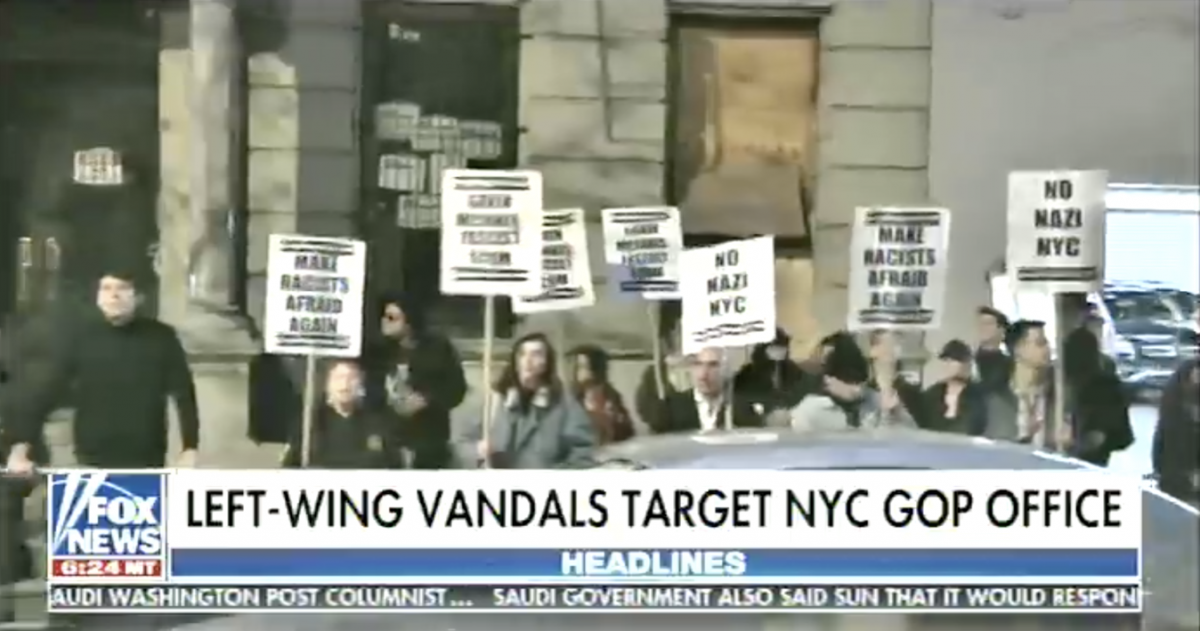 During Fox & Friends Sunday's headlines, host Pete Hegseth said that conservatives were calling for “civility” because of protesters at New York City's Republican headquarters, leaving out the fact that the far-right group Proud Boys assaulted several protesters at the event. On October 12, the Metropolitan Republican Club in New York City hosted Proud Boys founder and right-wing media host Gavin McInnes to speak. After the event, Proud Boys assaulted three protesters, with videos showing “more than a dozen” Proud Boys, including at least three skinheads, punching and kicking protesters on the ground.

Members of the Proud Boys brutally beat people, shouted “faggot” and “cocksucker,” and bragged about “smashing” a protester's head “in the pavement.”

Here's video of the Proud Boy mob assault from tonight up close pic.twitter.com/frW09dcDHn

Here's a portion of the livestream uploaded by a Proud Boy (since deleted) which shows a member bragging about kicking “a foreigner” in the head. full video here: https://t.co/PBJoW8hCGi pic.twitter.com/qlZipdRMsd

The Proud Boys even waited to do a group photo after the fights. They were hyped the fuck up after that. Flashing their white power hand symbol before marching towards a downtown train. pic.twitter.com/JP6jiM8Yud

Fox News has been has been harshly criticized for suggesting liberals were to blame. Despite this, Fox & Friends Sunday's coverage of the event continued to leave out the Proud Boy's violence and instead just attack liberal protesters.

From the October 14 edition of Fox News' Fox & Friends Sunday:

Hegseth, incidentally, interviewed McInnes in 2017 on Fox News without disclosing who McInnes even was. McInnes used to also be a Fox News contributor.