On the July 13 edition of Fox & Friends, Ainsley Earhardt hosted a “panel of moms” from “all walks of life” to find out whether “everyday Americans” care about President Donald Trump’s possible ties to Russia. As Earhardt introduced the panel, the show’s on-screen banners failed to disclose the professions of the panelists who are conservative Republicans and Trump supporters, one of whom claims to work for a Fox affiliate.

The panel featured seven women who, as they spoke, were introduced via on-screen banners using the following descriptions:

The first three women, who all had left-leaning opinions, were assigned identifiers related to their professions; Fox ensured its viewers knew McLaughlin and Osefo’s political leanings. But the other four women who all professed conservative political beliefs were identified only as mothers (one was also described as an “armed forces veteran,” but her current profession was omitted). 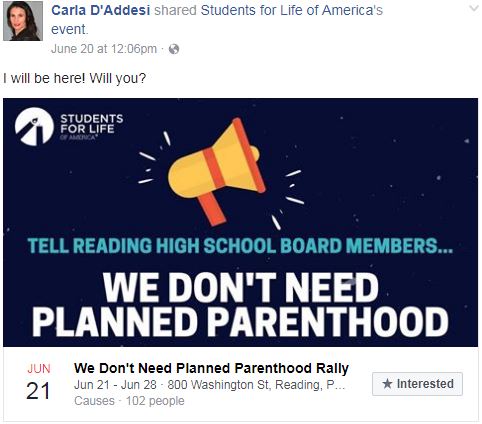 Kathy Barnette is the founder of a “Christian conservative news” website and has previously appeared on another “panel of moms” on Fox & Friends. She claims to host a show on a Fox affiliate radio station in Philadelphia on which she has discussed topics like “an examination of Islam” and the “Homosexual AGENDA” (emphasis original). Her Facebook page contains multiple posts in support of Trump. Last year, Barnette spoke at an event sponsored by the Pennsylvania chapter of the Oath Keepers, an organization the Southern Poverty Law Center has designated as “one of the largest radical antigovernment groups in the U.S. today.”

Media Matters could not find any information online about Hope Houston.

From the July 13 edition of Fox News’ Fox & Friends:

AINSLEY EARHARDT (HOST): The mainstream media's number one obsession still the Trump administration's alleged ties to Russia. But do everyday Americans care about this? We brought in our panel of moms from all walks of life to find out. It's a segment we're calling “Parental Advisory.”

What are your concerns, as a mom?

HOPE HOUSTON: As a mom I'm really concerned about tax reform and the economy and reform of health care because I have six kids and they are all kind of entering the workforce at different stages. And I really want a robust and positive economy for them to participate in.

CARLA D'ADDESI: I'm not concerned about Russia. We're not following that. We feel that there's no evidence that is putting our president and commander-in-chief in a bad light. We have full confidence in our president that is he going to do an amazing job with the economy. He has hired tens of thousands of employees. He's highly successful. And we are very confident in the team that he has put around him.

KATHY BARNETTE: Yeah, likewise. The issues regarding jobs, taxes, health care, all those things are very important. And one thing that has not been mentioned yet, I'm also concerned about the rampant amount of lawlessness that we are seeing on the streets, as well as throughout the ranks of our government. When I have to think twice about wearing a Donald Trump T-shirt because I don't know what kind of liberal lunatic is going to meet me at the grocery store, I think that is a very important concern of ours today.

ANGEL VOGGENREITER: I agree with that also. Something I didn't hear anyone mention is Obamacare. I'm ready for that to be repealed and replaced for my family. Our premiums have gone through the roof. And that's what I hear a lot of moms talking about for our kids.

CORRECTION: The language in this post has been updated to clarify that Kathy Barnette claimed she is a radio host on a Fox affiliate, that broadcasts her show.