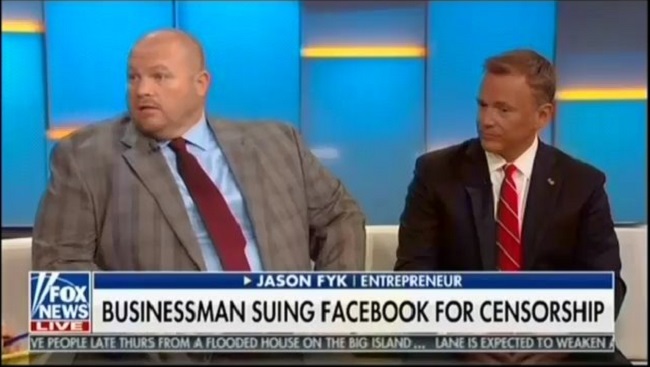 Fox & Friends provided a platform to a man who has repeatedly pushed the QAnon conspiracy theory, including sharing a post that claimed the mass shooting at Marjory Stoneman Douglas High School in Parkland, FL, was “fake” and that student survivors of the shooting are “actors.”

During the August 24 edition of Fox & Friends, the show hosted Jason Fyk, who was identified as an entrepreneur, along with Fyk’s attorney to discuss Fyk’s lawsuit against Facebook for “unlawfully silencing people … for its own financial gain.” During the interview, co-host Steve Doocy praised Fyk for using Facebook to build a business and pursuing “the American dream,” while Fyk compared himself to YouTube personalities Diamond and Silk, citing the duo’s false Facebook censorship claims.

The show -- which President Donald Trump consistently watches -- did not disclose that Fyk has appeared multiple times on Infowars, the far-right conspiracy theory outlet that has been banned from multiple tech platforms for violating their hate speech and harassment policies. On his own Facebook profile, Fyk has also repeatedly promoted posts from “Q,” the supposed figure behind the QAnon conspiracy theory who claims that Trump has a master plan to dismantle child trafficking rings supposedly linked to powerful politicians and celebrities and defeat his perceived enemies and the “deep state.” (Three conspiracy theorists reportedly spread the conspiracy theory for financial gain.) In March, Fyk posted an image of a “Q” post calling the Parkland mass shooting “FAKE” and a “distraction” that was “organized & designed to DISTRACT” and that it featured “ACTORS [who] are ACTING.” 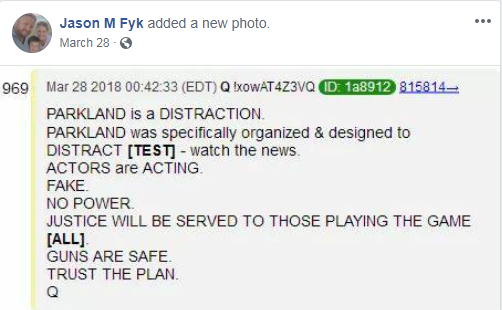 Fyk also discussed QAnon in January while appearing on Infowars (which fully embraced the conspiracy theory early on), with an Infowars host saying to Fyk, “What do you think of these latest QAnon posts hot off the press? ‘Chuck Schumer will live in fear from today forward.’ This is turning out to be a really good day.” Fyk responded that it was “definitely a win for the right.”

Trump himself may have also tweeted in response to Fyk's appearance when he claimed social media platforms were “silencing millions of people.”