President Donald Trump’s series of anti-Muslim retweets from the leader of a far-right ultranationalist British organization got no dedicated airtime on Fox & Friends the day after his Twitter tirade.

Trump on November 29 retweeted multiple anti-Muslim videos posted by the leader of Britain First, a far-right, ultranationalist, anti-Islam political organization that has been compared by a British lawmaker to the Ku Klux Klan. Fact checkers determined that the videos were highly misleading and that the description of one -- “Muslim migrant beats up Dutch boy on crutches!” -- was completely fabricated.

Many senators in the U.S. and high-profile officials in Britain rebuked Trump’s tweets, including Britain's Prime Minister Theresa May, whom Trump subsequently targeted in one of his tweets. Additionally, civil rights groups pointed out that Trump’s tweets “further inflame” violence and hate aimed at Muslims in a climate when “hate crimes motivated by anti-Muslim bias are at an all-time high.” Nonetheless, pro-Trump pundits, far-right trolls, and white nationalists like former grand wizard of the Ku Klux Klan David Duke defended Trump’s retweets.

While the retweets were one of the top stories on other cable and broadcast morning shows on November 30, Fox & Friends never covered them in the entire three-hour program for its viewers, which evidently included Trump himself. Co-host Brian Kilmeade just once made a passing mention of the posts, asking Fox contributor and former GOP Congressman Jason Chaffetz (R-UT) if those tweets “get in the way” of Republicans’ chances to pass the tax bill.

Of course, Fox & Friends did cover some of Trump’s tweets --  the ones about the Senate’s tax bill proposal and North Korea: 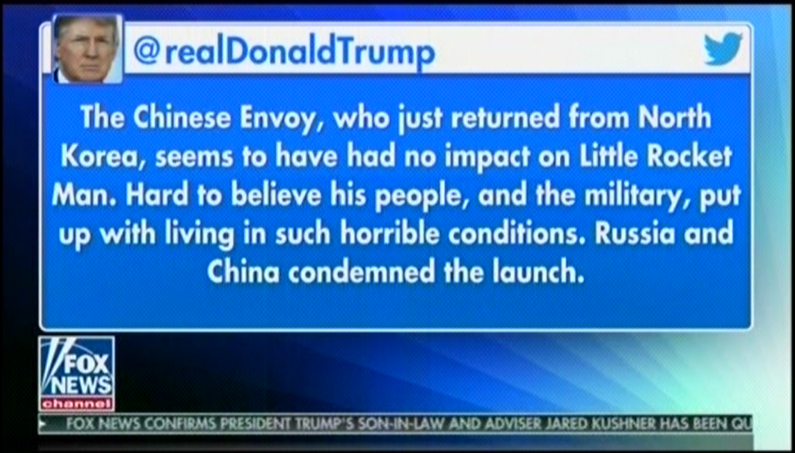 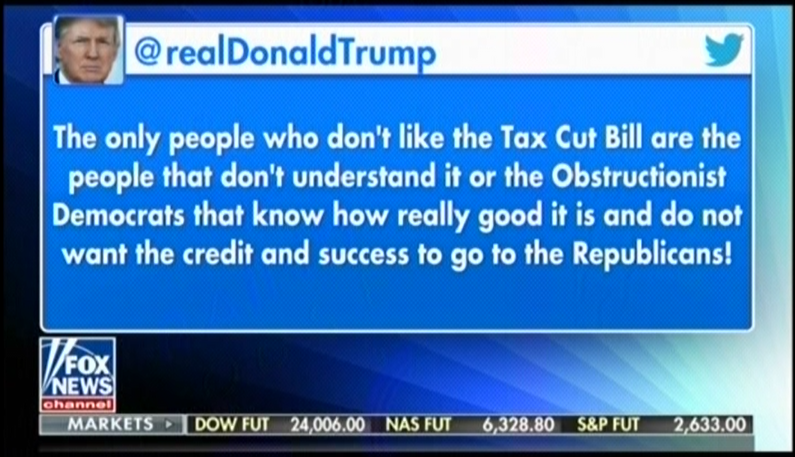 Here are some of the other things Fox & Friends chose to cover:

A study that found Christmas music can be damaging for employees: 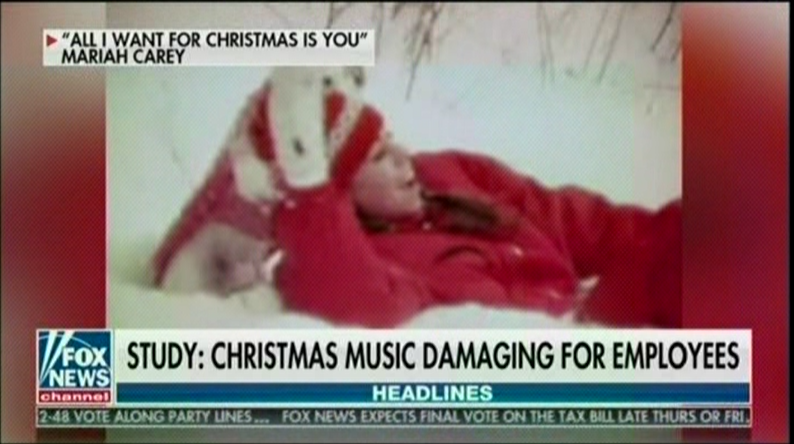 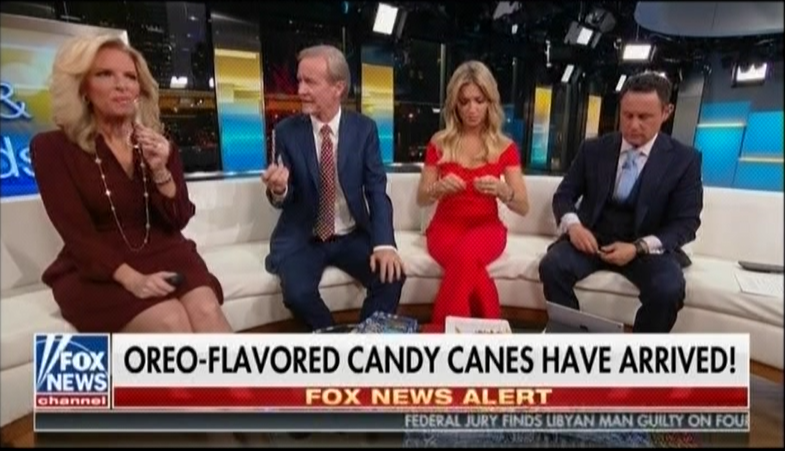 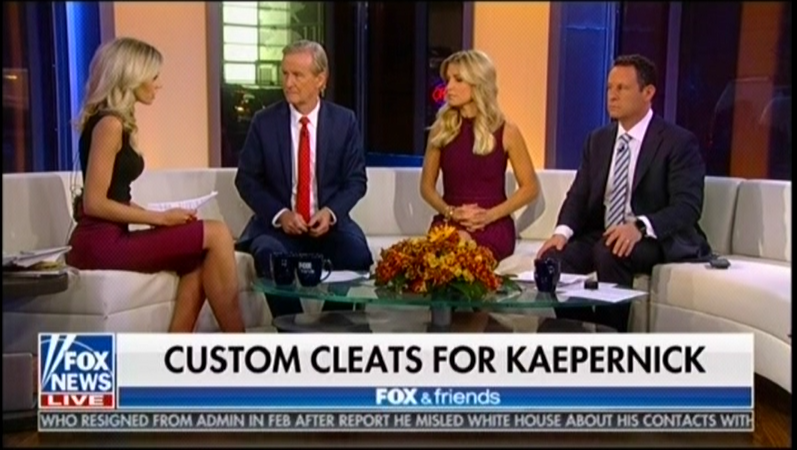 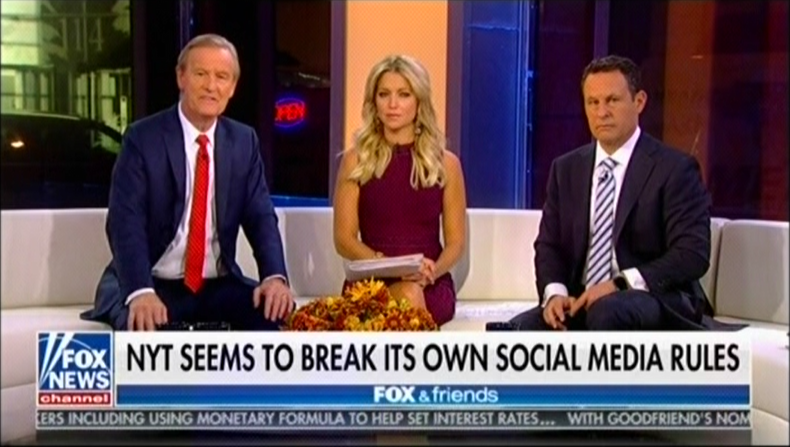 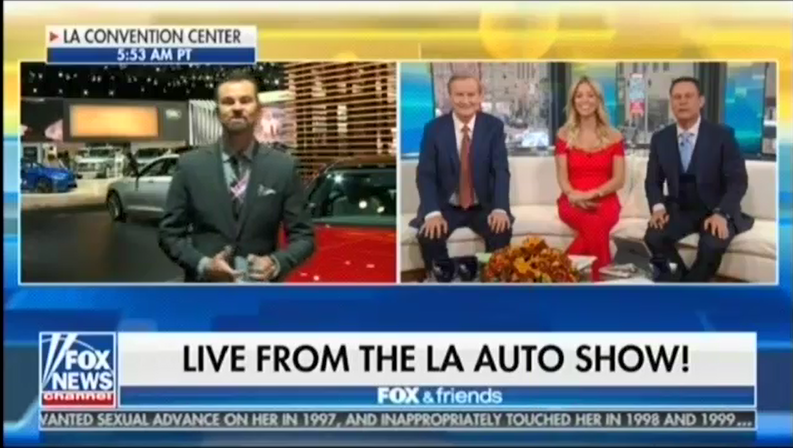 Fox & Friends has served as a safe space for Trump, often giving him fodder for his early morning tweets. The program also allows Trump to escape challenging interviews and serves as his first line of defense.