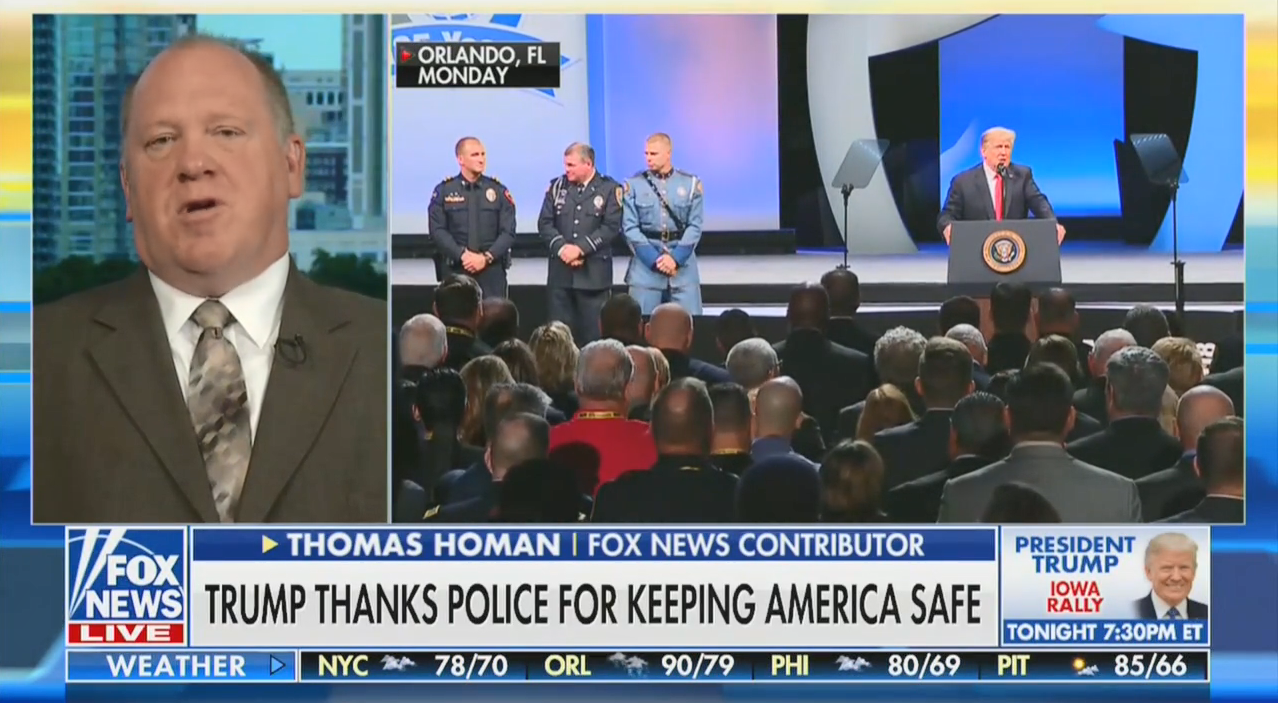 On October 9, Fox & Friends hosted former acting director of U.S. Immigration and Customs Enforcement Thomas Homan to brag about President Donald Trump “pushing for the rule of law” and working to “enforce the laws on the book.” His assertion that Trump stands for law and order falls even flatter than usual given a recent New York Times investigation that revealed the Trump family’s fraudulent tax schemes.

While Homan was touting Trump’s alleged support for the rule of law, both he and the hosts failed to mention the Times report, which detailed intricate and fraudulent tax-dodging schemes used by the Trump family to pass along undertaxed inheritance. The paper reported, “President Trump participated in dubious tax schemes during the 1990s, including instances of outright fraud, that greatly increased the fortune he received from his parents.” Since the story broke, New York state and city tax authorities have opened investigations into the apparent tax evasion.

Fox & Friends originally responded to the Times story by complaining that the paper was “bashing” Fred Trump, the president’s father. Less than a week later, the show seems to have moved on by ignoring the story altogether, instead sticking to the script that has Trump playing the law-and-order president. From the October 9 edition of Fox News’ Fox & Friends: