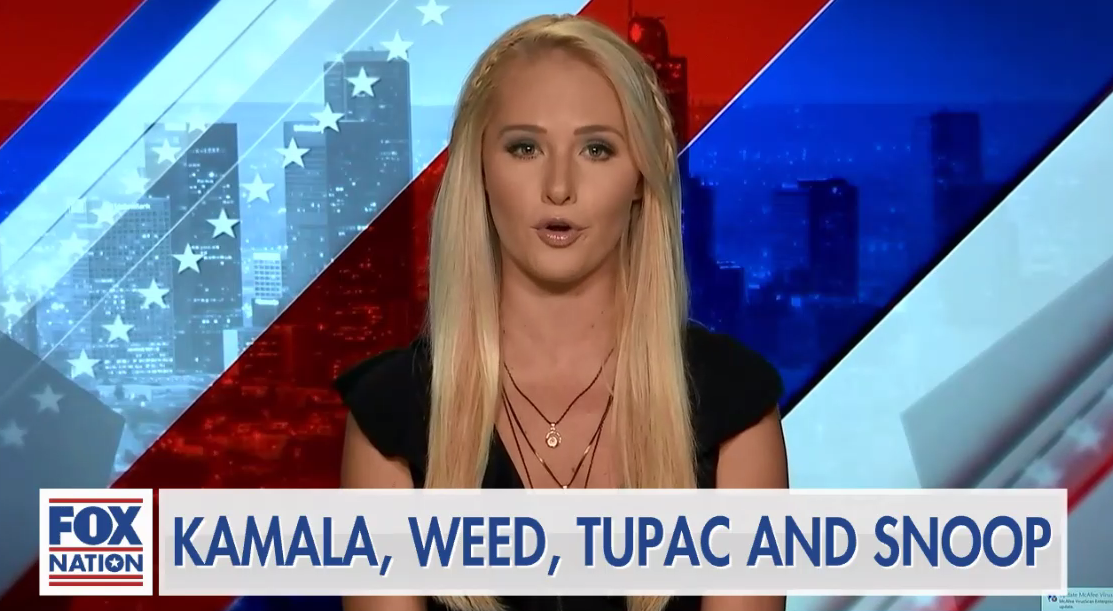 On February 13, hosts of the New York radio show The Breakfast Club dismissed overblown conservative outrage attempting to smear presidential candidate Sen. Kamala Harris (D-CA) over her responses to questions about marijuana and music during their show. Despite the host criticizing and debunking Fox’s version of events, some Fox figures have continued to use the incident to smear Harris’ character.

On February 11, right-wing media attempted to scandalize an interview Harris did with The Breakfast Club, claiming she lied about smoking marijuana in college to seem relatable to voters. During the interview, Harris had said that she supports marijuana legalization and revealed that she smoked in college before answering one of the hosts’ question about what music she listens to. Right-wing media figures decided to interpret the sequence as Harris claiming she smoked marijuana in college while listening to Snoop Dogg and Tupac, which they noted would be impossible because their music wasn’t released until after Harris graduated from college. This trivial nitpicking of details gave right-wing media figures an opportunity to smear Harris as unrelatable.

The hosts of The Breakfast Club debunked right-wing coverage of the story two days later on their show. Co-host Charlamagne Tha God criticized conservative outrage while praising HuffPost for accurately reporting what happened, saying, “Finally, someone with no agenda; someone with no bias; someone who is just reporting on the facts and not some alternative version of the facts simply because they don’t like Kamala Harris.” He added that HuffPost “reported it exactly how it happened,” saying, “We can’t be reaching like this. All right? This [could be] dangerous.”

Despite The Breakfast Club’s rebuke of the version of events right-wing outlets originally reported, some Fox News figures have continued to run with the lie.

The same afternoon, Fox co-host Jesse Watters criticized the 2020 Democratic candidates for trying “to be everything to everybody,” adding, “Kamala, you’re not hip-hop. Trump’s more hip-hop than you are.” As Watters spoke, the chyron at the bottom of the screen read, “The art of the pander. 2020 hopefuls bend over backwards to impress voters.”

From the February 13 edition of Fox News’ The Five:

On her Fox Nation show First Thoughts the next day, Tomi Lahren dedicated a segment that lasted over two minutes to talking about the The Breakfast Club interview. She condescendingly berated Harris, calling her “Kam-Kam” multiple times and saying it is “another example of Ms. Harris saying and doing things [that] just don’t quite add up.”

From the February 14 edition of Fox Nation’s First Thoughts:

On Fox News’ Fox & Friends, guest Mark Steyn sarcastically said Harris “just lights up and suddenly Tupac is there in the room with her, six years before he’s made his first CD,” adding, “That’s a magical Valentine right there.”

From the February 15 edition of Fox News’ Fox & Friends: