Fox Business host Stuart Varney appeared on Fox & Friends to mislead viewers about economic growth under the Trump administration, claiming that, “wages [and] salaries are going up for the best increase in at least a decade,” and asserting that “if you have a skill that’s in demand … your wages, salaries are going up.”

From the August 20 edition of Fox News’ Fox & Friends:

According to The Washington Post, however, any apparent increase in wages is being wiped out by a larger increase in inflation. Once inflation is taken into account, the average U.S. “real wage” is actually decreasing, falling to “$10.76 an hour last month, 2 cents down from where it was a year ago.” In addition to falling wage growth, workers must grapple with “with higher prices giving [them] less buying power than they had last summer,” according to The New York Times. The Times also reported on the concerning disparity between corporate profits and workers’ gains, noting, “Corporate profits have rarely swept up a bigger share of the nation’s wealth, and workers have rarely shared a smaller one.”

Varney’s claim that supposed wage growth is “the best increase in at least a decade” is misleading on two fronts: Average wages have fallen over the past year once inflation is accounted for, and wage growth is increasing at a slower rate than in November 2016, according to the Federal Reserve Bank of Atlanta’s wage growth tracker. 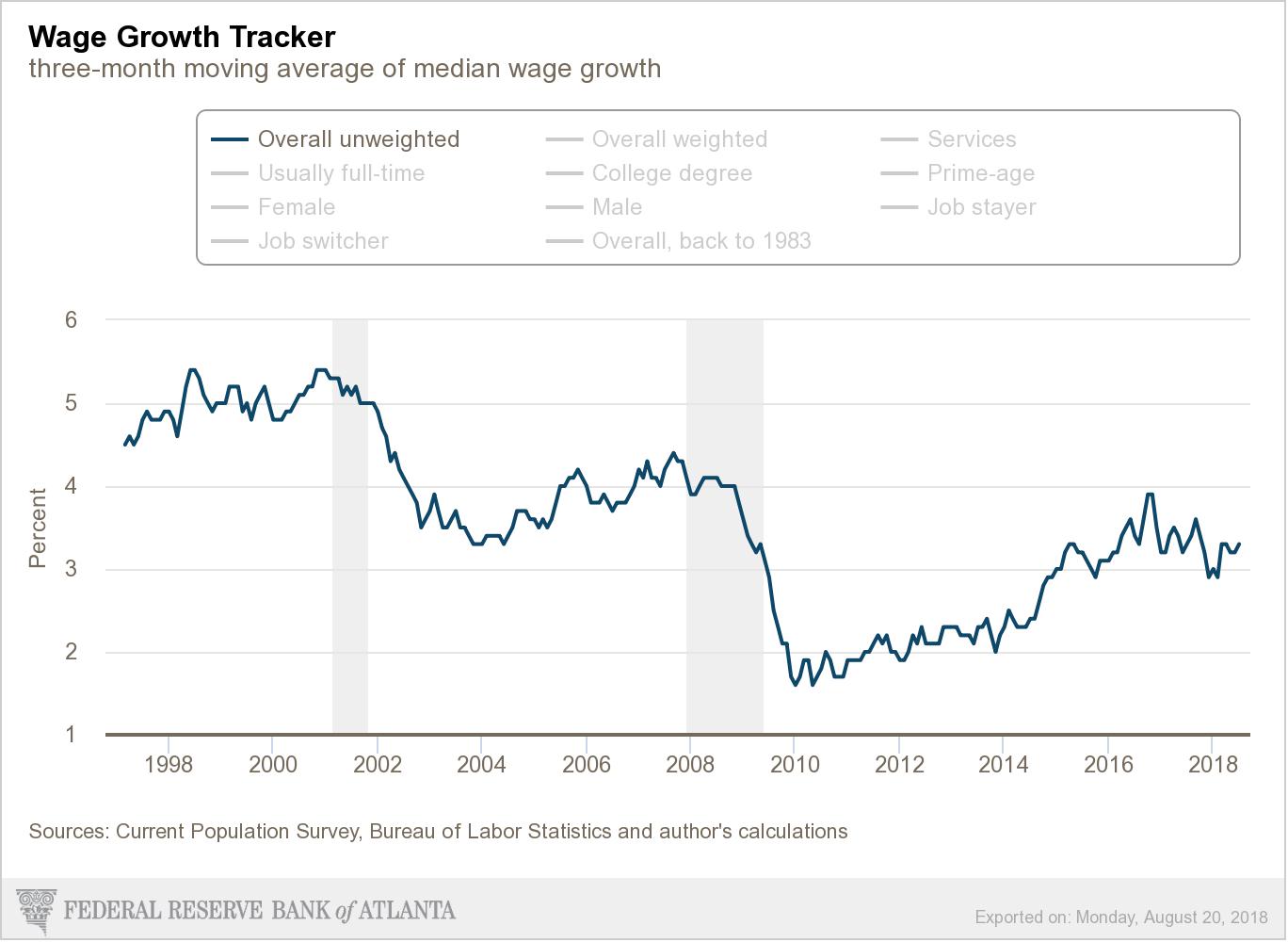 Unfortunately, this is isn’t the first time that Fox has attempted to mislead the viewers about wage growth or the Trump economy.