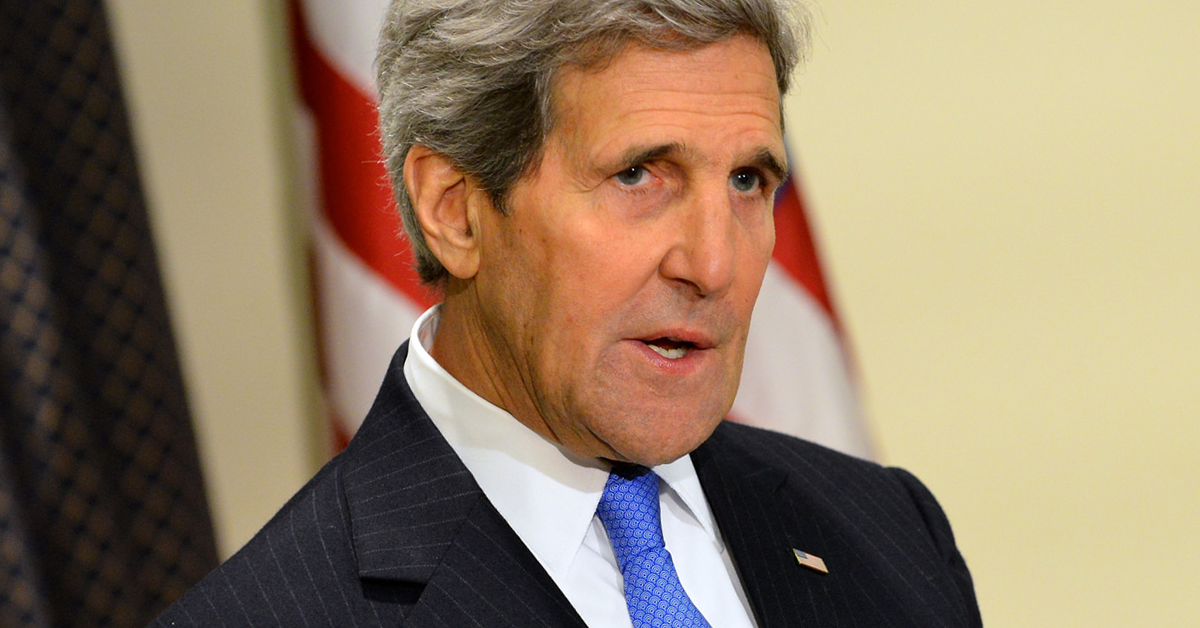 Conservative media were quick to claim former Secretary of State John Kerry is violating the Logan Act following a Boston Globe report that he is working to save the Iran nuclear deal by meeting with top officials from Iran, Germany, and France. But according to a legal expert, the Logan Act, which prohibits private citizens from engaging in unauthorized intervention in U.S./foreign disputes to “defeat the measures of the United States,” wouldn't apply in part because the deal is still current U.S. policy.

The May 4 Globe story reported that Kerry has met twice with Iranian Foreign Minister Javad Zarif and French President Emmanuel Macron, has met German President Frank-Walter Steinmeier, and has talked on the phone with a top European Union official as he seeks to preserve the nuclear deal. America’s European allies are also urging Trump not to end the pact, as he has threatened to do. Brookings Institution foreign policy expert Michael O’Hanlon told the Globe that “former secretaries of state often remain quite engaged with foreign leaders, as they should,” but that “it’s rarely so issue-specific.” According to the Globe’s report, Kerry is working with both former Secretary of Energy Ernest Moniz, who along with Kerry helped negotiate the nuclear deal, and a group called Diplomacy Works. They are also lobbying Congress to support the deal and arguing the case in media outlets.

President Donald Trump’s allies in conservative media were quick to attack Kerry over this report. Alan Dershowitz, a retired Harvard Law School professor who has tirelessly defended Trump on the Russia investigation, said on the May 5 edition of Fox & Friends that if the Logan Act were enforced, “my friend John Kerry would be violating” it. On May 7, Fox & Friends co-host Steve Doocy said, “Some have suggested, isn’t he breaking the Logan Act.” Right-wing website The Federalist claimed that Kerry’s actions are “treasonous and likely in violation of the Logan Act.” Many Trump supporters on Twitter accused Kerry of being in violation of the Logan Act. And Trump himself recently wrote on Twitter that Kerry’s actions were “possibly illegal.”

But according to University of Texas School of Law professor Steve Vladeck, who explained the history of the Logan Act to The Atlantic in early 2017, the Logan Act wouldn’t apply to anything Kerry is doing, in part because the Iran nuclear deal is still official government policy. From the Globe’s report:

“The act only applies to conduct that is designed to ‘defeat the measures of the United States’ or influence the conduct of foreign governments,” Vladeck said. “If all Kerry is doing is working to keep in place something that’s still technically a ‘measure of the United States,’ I don’t see how the statute would apply even if someone was crazy enough to try it.”