Users on 4chan’s “/pol/,” a far-right forum known for bigotry and anti-Semitism, lauded Eric Trump’s recent remarks that The Washington Post’s Bob Woodward was seeking “three extra shekels,” taking it as an anti-Semitic dog whistle and claiming it showed Trump visited the forum.

During Eric Trump’s July 12 appearance on Fox & Friends, co-host Steve Doocy commented on press attention around Woodward’s new book, Fear: Trump in the White House. Eric Trump responded, “You can write a sensational nonsense book -- CNN will definitely have you on there, because they love to trash the president -- it will mean you sell three extra books, you make three extra shekels. I mean, at the behest of the American people, at the behest of our country and a president that’s doing a phenomenal job by every quantifiable metric, I mean -- is that really where we are?”

In response, some journalists noted that the word “shekels” was an anti-Semitic dig and that it has been used by neo-Nazis.

On 4chan’s “/pol/” message board, users lauded Eric Trump’s remarks. They wrote that Trump “named the Jew,” which is which is an anti-Semitic call to action to single out Jewish people and point out they are Jewish, while claiming they control economics and politics domestically and around the globe (Woodward is also not Jewish). They also posted a caricature of a Jewish man crying and added, “[that feeling when] I didn't get the shekels” and wrote, “A FUCKING AMERICAN NAMED THE JEWS. HE FUCKING DID IN TV.” Users also claimed that the comment showed that “it was pretty god damn obvious that [Eric Trump] lurks around here” and that he “spends way to (sic) much time on /pol/ and slipped up.” They also said it was proof that the Trumps “lurk POL daily.” 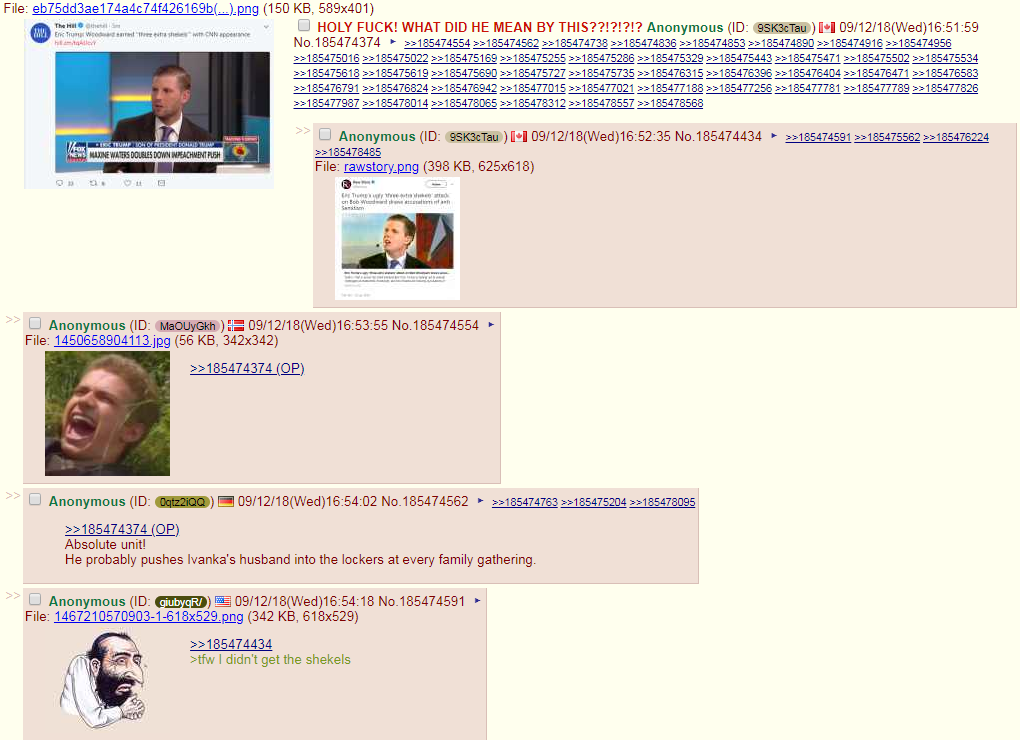 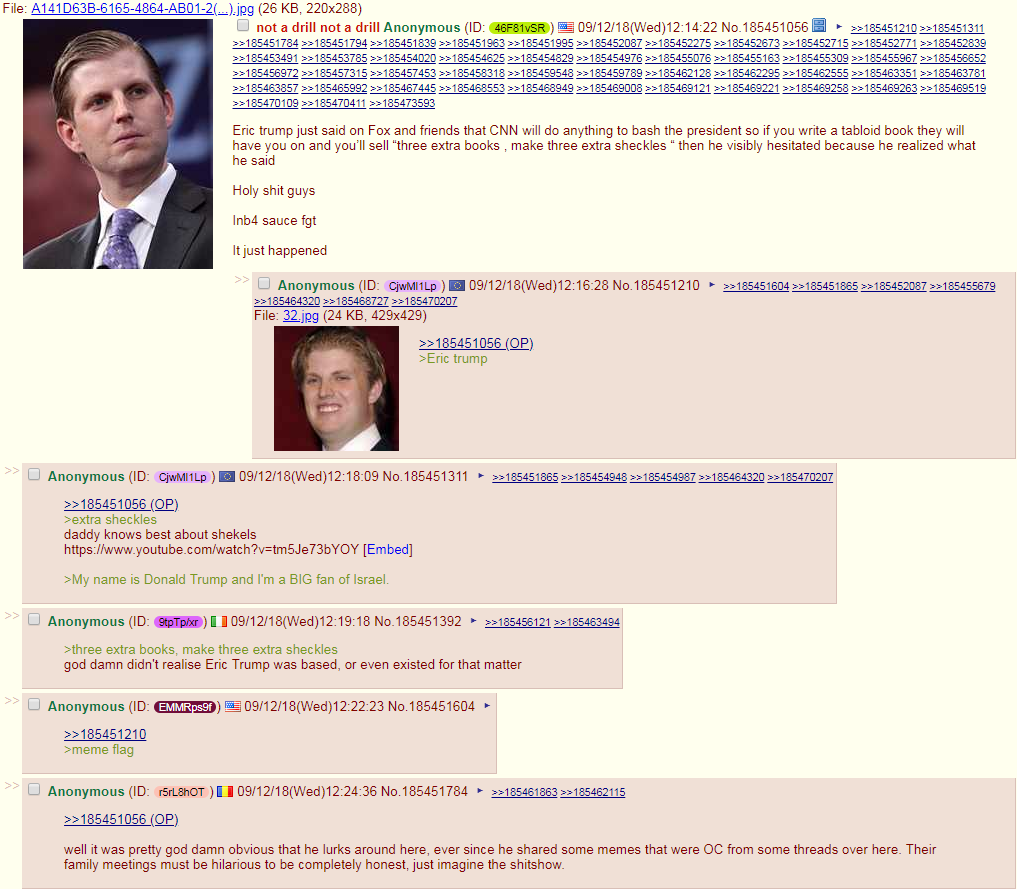 4chan has pushed pro-Trump narratives and conspiracy theories regularly in recent years, including referring to President Donald Trump as “God emperor Trump.” And there are signs that the Trump camp has reciprocated in the past. Then-candidate Trump tweeted a racist image that had been “floating around” on 4chan. The Trump campaign’s attacks on Chicago protestors also directly echoed a 4chan thread. Trump also tweeted a meme showing a Star of David over Hillary Clinton and dollar bills that first spread on 8chan, a more extreme version of 4chan. At one point, Donald Trump Jr. also followed 4chan-linked account @polNewsForever on Twitter, which has since been suspended.

For avoidance of doubt, this was because the account was suspended. He didn’t choose to unfollow. (Still need to clarify this in the code…) https://t.co/kKsidXuNCT