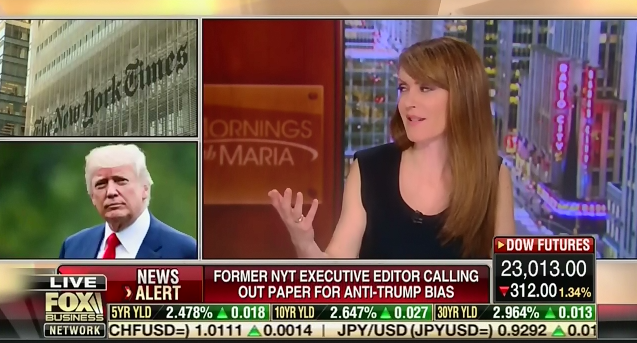 Fox Business guest host Dagen McDowell gloated about how “other countries” have adopted President Donald Trump’s favorite slur to describe the free press, “fake news.” But McDowell’s praise for Trump and her conclusion that the phrase was “one of the reasons that President Trump was so popular on the campaign trail” gloss over the reality that despotic and repressive regimes have used Trump’s words to dismiss atrocities they have carried out around the world. Autocratic regimes in Cameroon, Libya, Myanmar, Syria, and Turkey, for example, have employed the phrase to reject questions about their human rights abuses, while others have followed Trump’s lead and used the phrase to disparage the independent media in their respective countries.

From the January 3 edition of Fox Business’ Mornings with Maria Bartiromo:

DAGEN MCDOWELL (GUEST HOST): It's interesting, even in popular culture, in our vernacular now, the whole idea of fake news. You hear it repeated on scripted television shows, on reality shows, you just see it everywhere, even in other countries. And James, that's, quite frankly, one of the reasons that President Trump was so popular on the campaign trail and that he won, quite frankly, is because he was kind of stating the obvious.