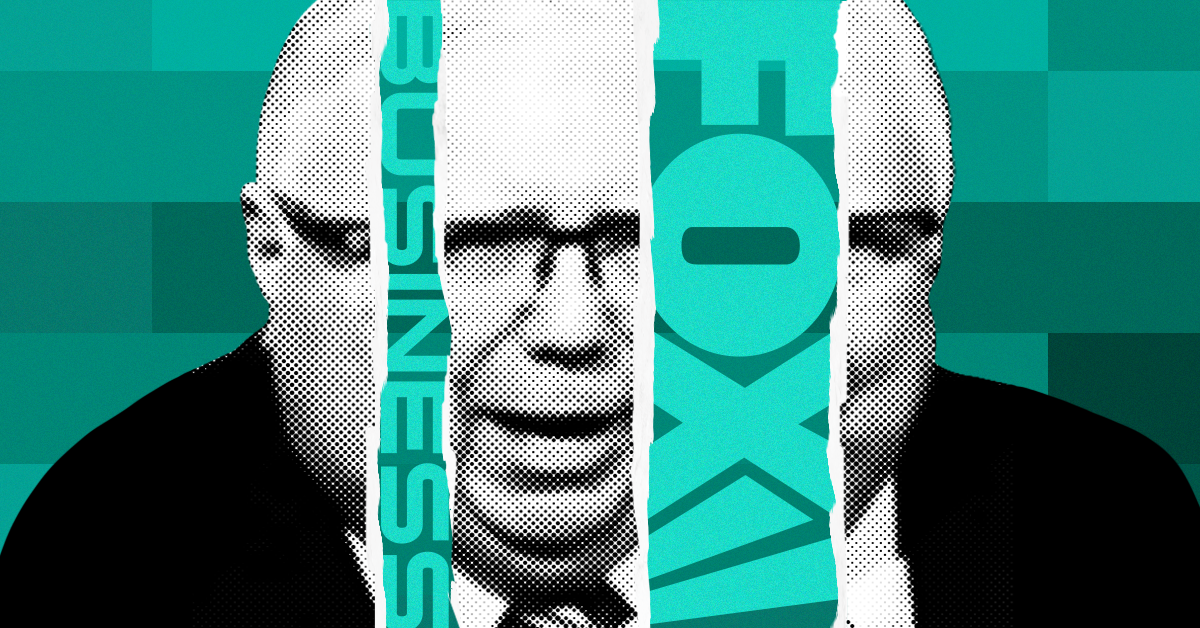 Fox Business Network has given disreputable conspiracy theorist Jerome Corsi a prime-time platform to make bizarre and uncorroborated attacks against special counsel Robert Mueller as Mueller’s team investigates whether Corsi had inside information about the release of emails hacked by Russia during the 2016 presidential election.

Starting in November 2018, when Corsi's legal troubles worsened, Fox Business has hosted Corsi ten times for softball interviews, giving his wild claims a veneer of legitimacy by allowing him to make them on a mainstream conservative network. (Prior to November, the last Corsi appearance on the channel listed in Nexis was in 2011; during that interview he was ridiculed over his book Where's the Birth Certificate?) Corsi and Fox Business hosts have also used his recent appearances to promote a new book he wrote.

In September 2018, news broke that Corsi had been subpoenaed to testify before Mueller’s grand jury. According to documents he later released himself, Corsi is under investigation over whether he had prior knowledge that WikiLeaks had hacked emails before they were released during the 2016 presidential election. In November, Corsi revealed that Mueller’s team had offered him a deal to plead guilty to lying to the FBI about his WikiLeaks contacts. Corsi said he would reject the plea agreement, and he has since increasingly litigated his case through conservative media.

Roger Stone, an associate of Corsi’s, was indicted by the special counsel’s office on January 25 on five counts of making false statements and single counts of obstructing an official proceeding and witness tampering. Corsi, who is referred to as “Person 1” in the indictment, is referenced throughout the charging document, which describes his and Stone’s efforts to work with WikiLeaks.

Since November, Fox Business has been promoting Corsi’s outlandish public efforts to fight back against Mueller. In December, Corsi filed an ethics complaint against Mueller, and later that month, he filed a lawsuit accusing Mueller and several government agencies of violating his civil rights. On January 21, Corsi added The Washington Post to his lawsuit. Corsi is seeking more than $1 billion in damages. As his suit stands currently, Corsi is alleging that Mueller, the Post, the Department of Justice, the CIA, the FBI, and the National Security Agency are all conspiring together to bankrupt him in order to force him to submit false testimony in the Mueller probe.

Corsi has appeared during prime time on Fox Business ten times since November 2018, according to a search of Nexis. Nine of the appearances have occurred on Trish Regan Primetime, a major platform that has hosted Vice President Mike Pence. The other appearance was on Lou Dobbs Tonight.

Corsi has used the appearances, all of which were friendly interviews, as a personal soap box, discussing his claims that he wasn’t involved in the WikiLeaks matter, his ethics complaint and lawsuit against Mueller and subsequent addition of The Washington Post to his lawsuit, the allegation that he was involved in a fraudulent cancer fundraising scheme, his unsubstantiated claim that he is being targeted by the Mueller probe because he believes in Jesus Christ, his unsubstantiated allegation that he is under Foreign Intelligence Surveillance Act (FISA) surveillance, his complaints about Mueller’s team subpoenaing his stepson, his ongoing dispute with his former employer Infowars, and to again proclaim his innocence following Stone's arrest.

Regan often teases Corsi’s appearances as “exclusives” and Corsi has, in turn, thanked her for giving him such a big platform, saying during the December 14 edition of Trish Regan Primetime, “Your show has been of great assistance. I can't thank you enough.”

During his appearances, Regan has taken Corsi’s unsubstantiated claims at face value and has effusively praised him, including wishing him luck in his legal travails; calling Corsi “a brave man” who is experiencing “everyone’s worst nightmare”; claiming he was targeted by Mueller because he “dared to fight back”; telling him, “You keep fighting. Dr. Corsi, keep fighting” and claiming, “Dr. Jerome Corsi is fighting back harder than ever”; and saying Corsi has “been through a lot” and has “a really amazing story of what has happened to [him] in all of this.”

Fox Business has also served as a venue for Corsi to hawk his latest book, with Corsi and hosts encouraging viewers to buy it. During his appearance on Lou Dobbs Tonight, host Lou Dobbs closed the segment by saying, “And again, his e-book is coming out next week. The book's title is Silent No More: How I Became a Political Prisoner of Mueller's Witch Hunt. Now, it's coming out next week as any book on Amazon. You can go to Amazon and preorder it now. We encourage you do so. We recommend it to you highly. It is quite a story.”

Regan promoted Corsi’s book in eight out of nine of his appearances on her show. An exchange during the December 26 broadcast of Trish Regan Primetime encapsulates how Corsi is using the platform. Prompted by Regan’s suggestion that Corsi is under scrutiny because he “dared to fight back” on his Mueller lawsuit, Corsi went on a rambling diatribe about the suit and his claim that he is under FISA surveillance. Regan then prompted him to promote his book, and he was happy to oblige while assisted by an on-screen graphic:

Fox Business -- and its sister network Fox News Channel -- previously attempted to legitimize Corsi by hosting him to push his birther conspiracy theory and related book.