Not only is the lawsuit preposterous, but contrary to Tolman's assertion, it explicitly attempts to overturn the results of the election by barring the actual results from being used to appoint presidential elections to the Electoral College -- that is, overturning the actual results. 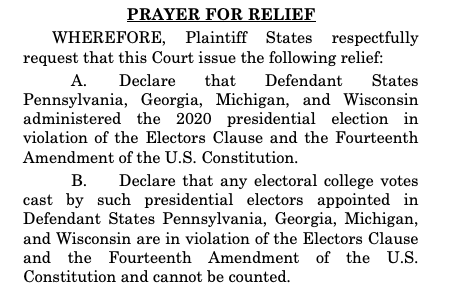 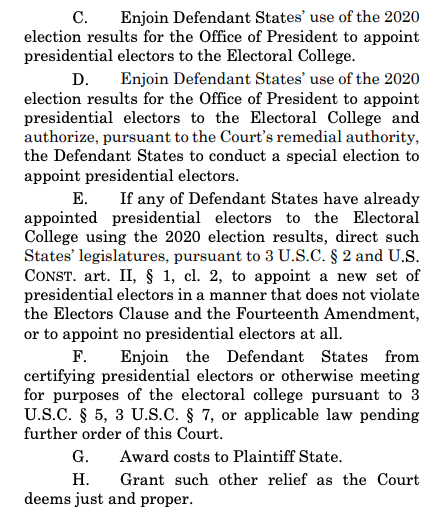